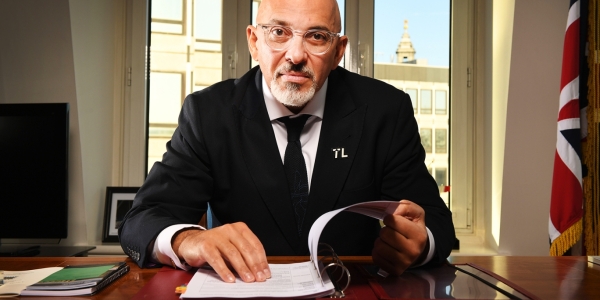 A government plan to release data revealing each school’s adoption of the National Tutoring Program (NTP) is ‘deeply unfair’ and ‘designed to distract from the mess’ of its catch-up effort, said today leaders today.

The plan to release data showing how each school has used NTP this school year is detailed in a letter from Education Secretary Nadhim Zahawi to Chiefs today, which the Department for Education (DfE) says is aimed to “urge the remaining schools to participate” in the program.

Mr Zahawi’s letter announces his intention to publish data on each school’s engagement with the catch-up program from this autumn, the DfE said.

He said the data will be shared with parents as part of the government’s ‘commitment’, announced in its schools white paper, to share how each pupil is supported to catch up in English and maths .

The letter to the chiefs will also warn that data will be shared with Ofsted. The DfE did not say whether the information will feed into inspection reports, but said it planned to work with the watchdog on how it might use the data “over the next few months”.

About 40% of schools have has not yet offered remedial tutoring sessions this academic year, the DfE said.

Each school that has not yet offered tutoring will be contacted individually from this week to “discuss their plans and offer them further support”, the DfE said.

But the plan was dismissed by top leaders as “deeply unfair” and “political demagoguery designed to divert attention from the government’s mess of the NTP”.

James Bowen, policy officer at the NAHT union, said the ‘hard stick of accountability’ was ‘never the way to win hearts and minds’.

He added: “It’s deeply unfair that they’re doing this because some schools haven’t been able to access tutors. There can be all sorts of reasons why schools don’t use tutoring.”

In today’s letter, Mr Zahawi tells schools not to ‘miss an opportunity to help students who could benefit now’.

“Beginning this week, my department will contact schools that have not yet offered tutoring support to discuss their plans and offer additional support to ensure they can offer tutoring to their students this term.

“In my desire to ensure greater transparency on the impact of the program, I plan to publish at the end of the year the data on the tutoring offer of each school as well as the financial allocations and the number of students. eligible for the pupil bonus. also share this information with Ofsted.”

But Geoff Barton, general secretary of the Association of School and College Leaders (ASCL), said the “bizarre” letter, sent on a bank holiday Monday, was a “sneaky” way to “effectively introduce a new measure of accountability “.

“Apart from the bizarre decision to send a letter to schools on a public holiday on Monday, this announcement smacks of political grandstanding intended to distract from the mess the government has made of the national tutoring scheme,” he said.

“When the DfE set out guidance for this year’s NTP, it did not mention that it would publish some kind of attendance league table and share it with Ofsted.

“This is actually a new accountability measure, which was introduced at the last hour in a rather sneaky way.”

Mr Bowen said school leaders should be free to make decisions about how they achieve results for their students and held accountable for them.

“We have to let school leaders make those decisions. They are held accountable for the standards in their schools. If they haven’t used tutoring and are doing brilliantly, then that’s the decision they’ve made. and they shouldn’t be criticized. I think that’s a brutal way of holding schools to account.

The government revealed in March that the £349million for the NTP would go directly to schools from the next academic year.

Just under 60% of schools in England participated in NTP this school year, according to DfE data from last month.

But the data shows there have been varying turnouts across the country, with just 56.4 per cent taking part in the South West, for example.

Schools that do not use all of the tutoring money allocated to them for this year also risk being forced to return it, although much of the funding has only been provided by the government to the end of last month.

Last month, the Education Secretary announced that the Government would transfer £65m in catch-up cash to the National Tutoring Scheme (NTP) school-led tuition pathway – which is run directly by the schools – from the academic mentor and tuition partner pillars which are currently administered by external providers.

The DfE has ordered schools to start submitting information on how they are spending the school-led tutoring money allocated to them this year from last November.

The Data Collection Directive came after Your revealed warnings that most schools would not be able to start offering tuition to students until the spring term due to late allocation of funds and training.

Mr Barton said the DfE’s plan to release school-level data in the autumn was an attempt to ‘shift the focus’ from the ‘failures’ of government catch-up efforts to schools.

“The NTP is not simple, to say the least. It includes three “tutoring routes” and comes with a complex set of conditions. The funding is also only a partial grant , with schools having to cover the rest of the tuition fees from other budgets.

“This is at a time when schools have struggled to cope with additional costs generated by the pandemic, such as covering supplies for Covid-related staff absence.

“Furthermore, one of the routes – the tuition partners program which funds subsidized private tuition – was so plagued with problems that it was belatedly abandoned by the government, but not before a number many schools have spent a lot of time and energy trying to make it work.

“Schools have also been under enormous pressure for much of this school year, dealing with high levels of student and staff absence caused by Covid, which will inevitably have affected their recovery programmes.

“All of this means turnout is bound to be variable. The government could and should have offered a simple, well-funded stimulus package instead of the chaotic, lackluster package it presided over.

“The decision to release data looks very much like an attempt to divert attention from its apparent failures to schools.”