Why scientists are rushing to develop more COVID antivirals 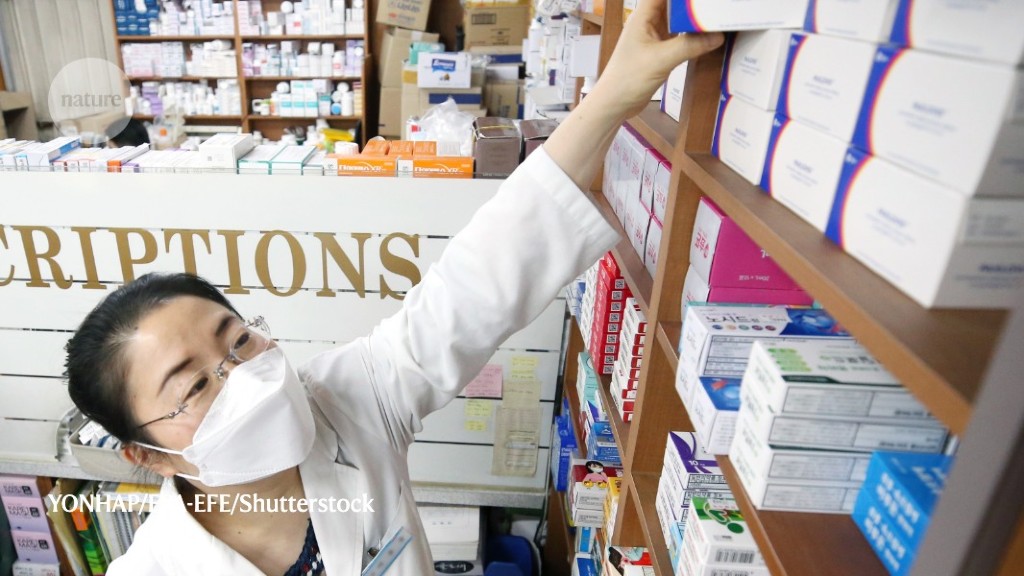 The deployment of COVID-19 vaccines in early 2021 marked a key turning point in the fight against the global pandemic. Another major milestone came at the end of the year, with the approval of two oral antiviral treatments – molnupiravir and Paxlovid – which promise to reduce the number of hospitalizations and deaths related to COVID-19. But as these pills slowly arrive in pharmacies around the world, researchers are already considering the drugs that could replace them.

“These are our first-generation antivirals against coronaviruses,” says Sara Cherry, an immunologist at the Perelman School of Medicine at the University of Pennsylvania in Philadelphia. Our experience with antivirals for other diseases, such as hepatitis C and HIV, proves that “we can get better and better over time,” she adds.

Clinical trial data showed that molnupiravir, developed by Kenilworth, New Jersey-based pharmaceutical company Merck and Miami, Florida-based biotech company Ridgeback Biotherapeutics, reduced hospitalizations and deaths by 30%, compared to people taking placebos. Meanwhile, Paxlovid (nirmatrelvir and ritonavir), made by New York-based Pfizer, reduced hospitalizations and deaths by 89%. UK regulators approved molnupiravir in November and Paxlovid in December, and US regulators granted emergency clearances for both drugs in December. Other countries have followed suit with their own approvals, and many are negotiating with drugmakers to purchase courses of drugs or to manufacture their own generic versions.

For now, pills are rare. Drugmakers continue to ramp up production of antivirals, which are in high demand to treat the highly transmissible variant of Omicron. But when they become more widely available — and if their clinical trial data is confirmed in the real world — the pills will become essential tools to keep people from getting seriously ill with COVID-19, Cherry says.

It’s too early to tell whether SARS-CoV-2 is likely to develop resistance to these first-generation antivirals, says Tim Sheahan, a coronavirologist at the University of North Carolina at Chapel Hill. Although its extremely high replication rate is a breeding ground for mutations, he says, the virus also causes acute infections that offer relatively little time for resistance-causing mutations to accumulate.

But the threat of resistance is particularly serious for “monotherapies” such as molnupiravir and Paxlovid, which each target only part of the virus. That’s why it’s imperative to develop new antivirals aimed at different targets, or ones that can be combined into a single treatment to attack the virus on multiple fronts, Sheahan says.

A race against resistance

Successful antivirals have typically targeted two key pieces of a virus’s biological machinery, a polymerase and a protease, both of which are essential for viral replication. Current COVID pills are no exception: Paxlovid inhibits SARS-CoV-2’s main protease, while molnupiravir tricks its RNA polymerase into incorporating some of the drug into the virus’s RNA, creating so many errors that it can’t survive. A third drug – remdesivir, developed by Gilead, based in Foster City, Calif. – inhibits RNA polymerase, but the treatment is expensive and currently requires intravenous infusions over three consecutive days, making it inaccessible to many. many people.

Unfortunately, molnupiravir’s mode of attack means it might not make sense to include it in a combination therapy, says Luis Schang, a virologist at Cornell University in Ithaca, New York. If the treatment does not completely eliminate the virus in a patient, some of the RNA errors it creates could inadvertently give the virus resistance against the other drug in the combination. That’s why it’s a key priority for researchers to find an accessible drug that effectively blocks the virus’ RNA polymerase, he says, which could be used in partnership with a protease inhibitor such as Paxlovid. One option may be an oral version of remdesivir, which Gilead is currently testing.

Other antiviral drug candidates are slowly moving through the clinical trial pipeline, says Carl Dieffenbach, director of the AIDS division at the US National Institute of Allergy and Infectious Diseases (NIAID). He says a promising candidate is a protease inhibitor, developed by Shionogi & Company, based in Osaka, Japan, and Hokkaido University in Japan, which is currently in phase II/III clinical trials in Asia. . The candidate targets the same protease as Paxlovid but would only require patients to take one pill per day.

This simpler diet could help avoid resistance buildup, Cherry says. Unfinished treatments can accelerate drug resistance by allowing the virus to build defenses against the drug while continuing to multiply and wreak havoc in the body. Molnupiravir and Paxlovid consist of several tablets that must be taken twice a day for five consecutive days. “The second you have people taking something multiple times a day when they’re sick is when you have issues with adherence,” says Cherry.

Researchers should also develop treatments that target other parts of the virus, Schang says. “This time we were lucky with a virus that codes for both a polymerase and a protease, and here we are two years later with only a suboptimal arsenal,” he says. “We really need to identify and validate new targets for antivirals so that the next [pandemic] happens, we have a much broader pipeline to choose from.

Other potential targets include a different protease in SARS-CoV-2 called PLpro, and an enzyme called methyltransferase that stabilizes the virus’ RNA, says Matt Hall, director of the first branch of translation at the US National Center for Advancing Translational Sciences (NCATS) in the United States. Clear Creek Bio, a Cambridge, Massachusetts-based biotechnology company, announced on January 6 that it will collaborate with NCATS to develop an oral drug targeting PLpro enzyme.

Dieffenbach says researchers would ideally like to identify common targets across entire families of viruses and inhibit them with a single drug. This would potentially allow public health officials to quickly deploy an effective antiviral the next time a new virus with pandemic potential emerges.

Developing these broad-spectrum drugs will require significant public and private investment, as well as cooperation from pharmaceutical companies, Hall said. Calls for such efforts went unheeded following the 2003 SARS-CoV outbreak, he adds, but the latest pandemic has underscored the need for action. Last year, the United States allocated $1.2 billion to NIAID to launch the Antiviral Drug Discovery Centers for Pathogens of Pandemic Concern, which will fund basic research on the development of antivirals for seven families of viruses. Hall says it gives him hope that antiviral research will continue even as the COVID-19 pandemic wanes.

But all antivirals face an inherent limitation, Dieffenbach says: They must be taken within days of infection to prevent a virus from proliferating. Antivirals are only effective if people recognize they might be sick and can access tests that provide a quick diagnosis. “We can create the best medicine in the world, but if people don’t understand that they have to get on with it quickly, they won’t do any good,” says Dieffenbach. “Pills don’t take themselves.”