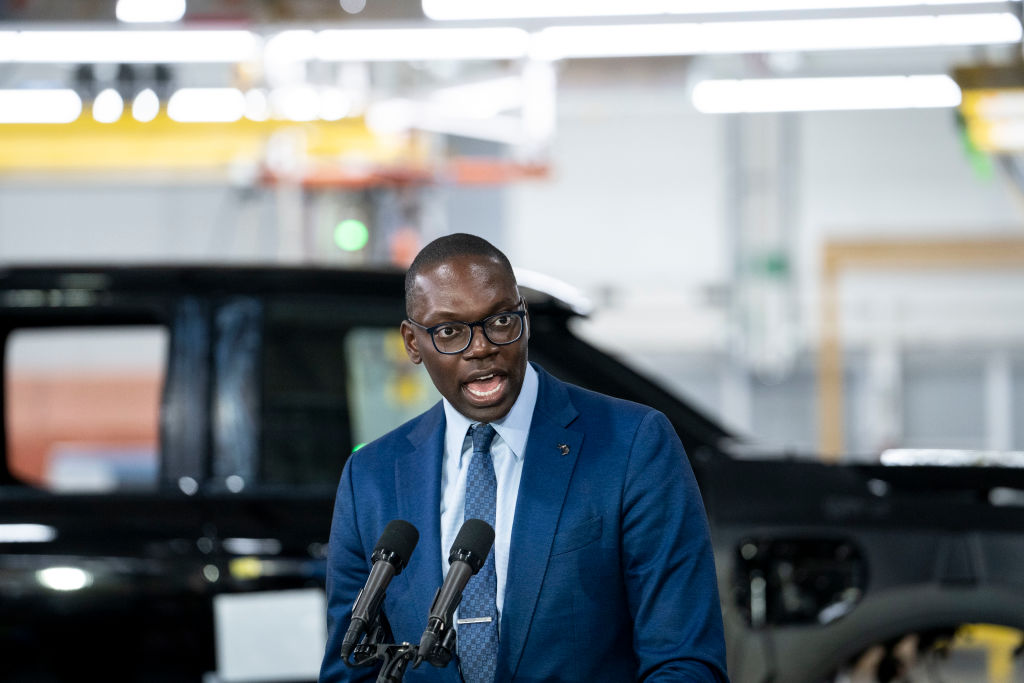 Michigan Lt. Gov. Garlin Gilchrist (D.), who is up for re-election with Democratic Gov. Gretchen Whitmer on Tuesday, promised supporters at a rally in Ann Arbor that he would shut down more coal-fired power plants during of his second term.

“We will strengthen our state’s response to the climate crisis,” Gilchrist said Saturday night. “We are going to shut down more coal-fired power plants.”

Gilchrist’s remarks came just after the White House backtracked on President Joe Biden’s comments at a Friday rally in Pennsylvania where he promised his administration would “shut down these [coal] factories all over America” and replace them with renewable energy.

Biden’s speech drew backlash from lawmakers, including Democratic West Virginia Sen. Joe Manchin, who called it “outrageous and out of touch.” White House press secretary Karine Jean-Pierre released a statement Saturday saying Biden’s comments on coal “have been twisted to suggest meaning that was not intended.”

Federal data shows that Michigan relies heavily on coal for everything from manufacturing to maintaining lights. In 2021, coal provided nearly a third of all electricity in the state, the largest share of any energy source.

The Free Washington Beacon previously reported that Michigan voters named energy costs as a top concern ahead of Tuesday’s Election Day. A recent poll shows that the race for Michigan governor and lieutenant governor is narrowing, with RealClearPolicies classifying the contest as a “toss up”.