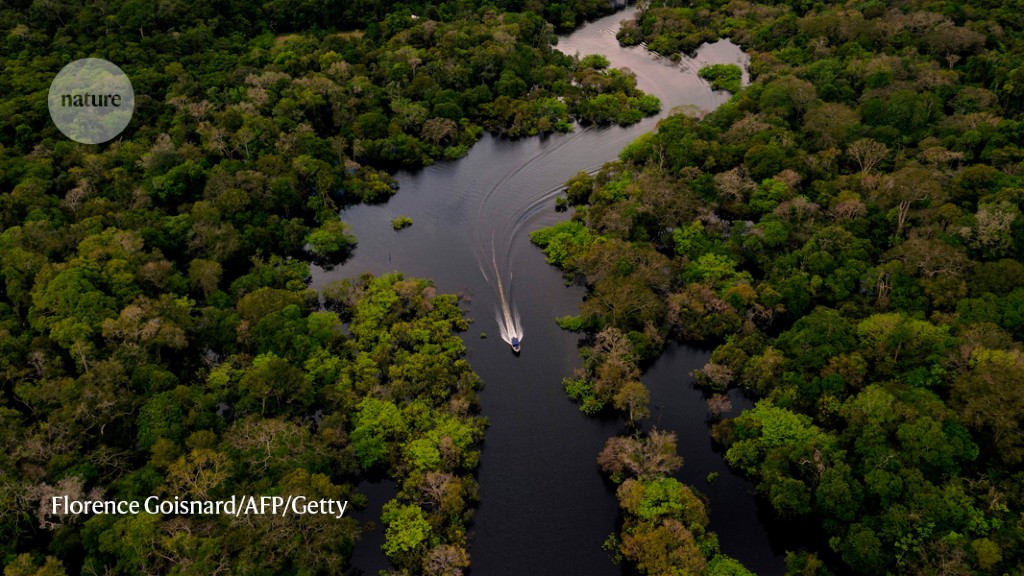 Humanity’s understanding of how forests respond to climate change is bewilderingly fragile. Take the example of carbon fertilization, the phenomenon by which plants absorb more carbon dioxide as its concentration in the atmosphere increases. It is one of the main mechanisms by which nature has so far saved us from the worst of climate change, but its future trajectory is poorly understood. In fact, researchers do not fully understand how climate change interacts with a host of forest processes. Complex and unresolved questions include how global warming affects forest health; how does this affect the performance of forests as carbon sinks; and whether this changes the ecosystem services provided by forests. Forests are our life support system, and we should take their pulse more seriously.

Six articles in this week’s edition Nature provide important information on these matters. They also highlight some of the challenges that need to be overcome if we are to fully understand the potential of forests in the fight against climate change. These challenges are not just about the science itself, but are also related to how forest scientists collaborate, how they are funded (especially with regard to data collection), and how they are trained.

Forest science is an amalgamation of disciplines. Ecologists and plant scientists measure tree growth, soil nutrients and other parameters in thousands of forest plots around the world. Physicists monitor factors such as forest height and aboveground forest biomass using remote sensing data from drones or satellites. Experimental scientists are studying how forests might behave in a warming world by artificially altering factors such as temperature or carbon dioxide levels in experimental plots. Some of the data they generate is absorbed by yet another community: modellers, who have created global dynamic vegetation models (DGVMs). These simulate how the carbon and water cycles change with climate and, in turn, inform broader Earth system and climate models of the type that feed into policy-making.

Different DGVMs make different predictions about how long forests will continue to absorb anthropogenic CO2. One of the reasons for these differences is that the models are sensitive to assumptions made about processes in forests. There are many influences – including temperature, humidity, fire, and nutrients – that are usually studied in isolation. Yet they interact with each other.

Not all SAGDs take into account the moderating effect that a lack of soil phosphorus can have on carbon fertilization, for example. Much of the central and eastern Amazon is low in phosphorus, and research has shown that introducing phosphorus limitation in SAGDs can reduce the carbon fertilization effect1. This week, Hellen Fernanda Viana Cunha of the National Amazon Research Institute in Manaus, Brazil, and her colleagues report2 a powerful experimental demonstration of how low soil phosphorus limits carbon uptake in an ancient Amazon rainforest.

Models simulating the northward spread of the boreal forest as temperatures rise also lack key factors.3, according to Roman Dial of Alaska Pacific University in Anchorage and colleagues. They report today that a population of white spruce has migrated surprisingly far north into the arctic tundra. To explain it, one must consider winter winds (which facilitate long-distance dispersal) as well as the availability of deep snow and soil nutrients (which promote plant growth).

Models are often based on a small number of “functional tree types” – for example, “broadleaf evergreen” or “needleleaf evergreen”. These are chosen as an approximation of the behavior of more than 60,000 known species of trees on the planet. Yet ecologists are discovering that the biology of individual species matters when it comes to a tree’s response to climate change.

David Bauman of the Environmental Change Institute at the University of Oxford, UK, and colleagues reported in May that tree mortality on 24 humid tropical plots in northern Australia had doubled over the past 35 years (and life expectancy has halved), apparently due to the increasing dryness of the air4. But that was an average of the 81 dominant tree species: Mortality rates varied widely between species, a variation that seemed to be related to the density of their wood.

Peter Reich of the Institute for Global Change Biology at the University of Michigan in Ann Arbor and his colleagues now report that modest changes in temperature and precipitation resulted in varying rates of growth and survival.5 for different species in trees of the southern boreal forest. The species that thrived were rare.

Failure to examine multiple factors simultaneously means scientists make discoveries that challenge model assumptions. Spring comes earlier for temperate forests and most models assume that extending the growing season increases the biomass of woody stems. However, observational work in temperate hardwood forests by Kristina Anderson-Teixeira at the Smithsonian Conservation Biology Institute in Front Royal, Va., and her colleagues have found no signs of what is happening.6.

Modelers are all too aware of the need to incorporate more complexity into their models and of the potential that increasing amounts of computing power have to help them in this endeavour. But they need more data.

To obtain complete and useful data for the models, continuous and long-term observations must be made, and this depends on the availability of long-term funding. Achieving such continuity is a problem for both remote sensing and ground operations. The former can cost hundreds of millions of dollars, but the value of its long-term datasets is immense, as demonstrated by a team led by Giovanni Forzieri of the University of Florence in Italy. The authors used 20 years of satellite data to show that nearly a quarter of the world’s intact forests have already reached their critical threshold of steep decline.seven. But even field data collection, which costs a pittance by comparison, struggles to provide financial security.

Major ground operations include the Forest Global Earth Observatory (ForestGEO), part of the Smithsonian Tropical Research Institute, headquartered in Washington DC. This monitors 7.5 million individual trees in plots around the world. The amount of work that goes into this oversight is tremendous. For example, currently ForestGEO is conducting the eighth quinquennial plot census in Peninsular Malaysia. This involves determining the species of each of the 350,000 trees (about 800 species grow there) and measuring the circumference of each trunk. It will take 16 skilled people per year to measure all the trees. Delays in ForestGEO funding have delayed similar plot censuses in countries including Papua New Guinea, Vietnam, Brunei and Ecuador.

The future of the North Queensland plots, which provided Bauman with a rare 49 years worth of continuous data, is uncertain. They have been tracked since the mid-1970s by Australia’s state research funding agency CSIRO — initially every two years, then, more recently, every five years. In 2019, plot monitoring increased to every 50 years due to lack of funding at CSIRO, leaving scientists looking for new sources of funding.

Without funding continuity, organizations such as ForestGEO cannot equip researchers with the required skills or collect data over longer periods than an individual’s time in a specific position or a funder’s cycle. “We trained people and then we lost them to job insecurity,” says Stuart Davies, who runs ForestGEO.

Different groups of forestry researchers are trying to solve these problems. ForestGEO coordinates the Alliance for Tropical Forest Science with the aim of facilitating data sharing and boosting the morale and careers of the skilled technicians and scientists – many of whom live in low- and middle-income countries – who do the work. most of the data collection.

But we also need more imaginative funding mechanisms that take long-term observation plots out of three- to five-year funding cycles. Space agencies that fund remote sensing satellites could collaborate with other funding agencies, for example, so that Earth observation missions include a fully funded component for ground-based data collection – which is, after everything, crucial to calibrate their results. Journals could also do more to value and encourage the production of long-term data sets.

And we need more interdisciplinarity. The U.S. Department of Energy is funding a project called NGEE-Tropics (Next-Generation Ecosystem Experiments-Tropics) in which modelers will work with empirical researchers, both observational and experimental, who study tropical forests to create a comprehensive model and rich in processes of such forests. It’s encouraging, and the idea could be taken further. What is needed is an initiative that brings disciplines together to better understand forest processes. Among other things, such an initiative would encourage researchers from different disciplines to take into account each other’s data needs when planning their projects.

For this to work, we must remember that the edifice of forest science rests on the long-term data that scientists extract from forests over decades. Our chances of overcoming climate change are small, but they will diminish further if we forget the basics of monitoring our planet.