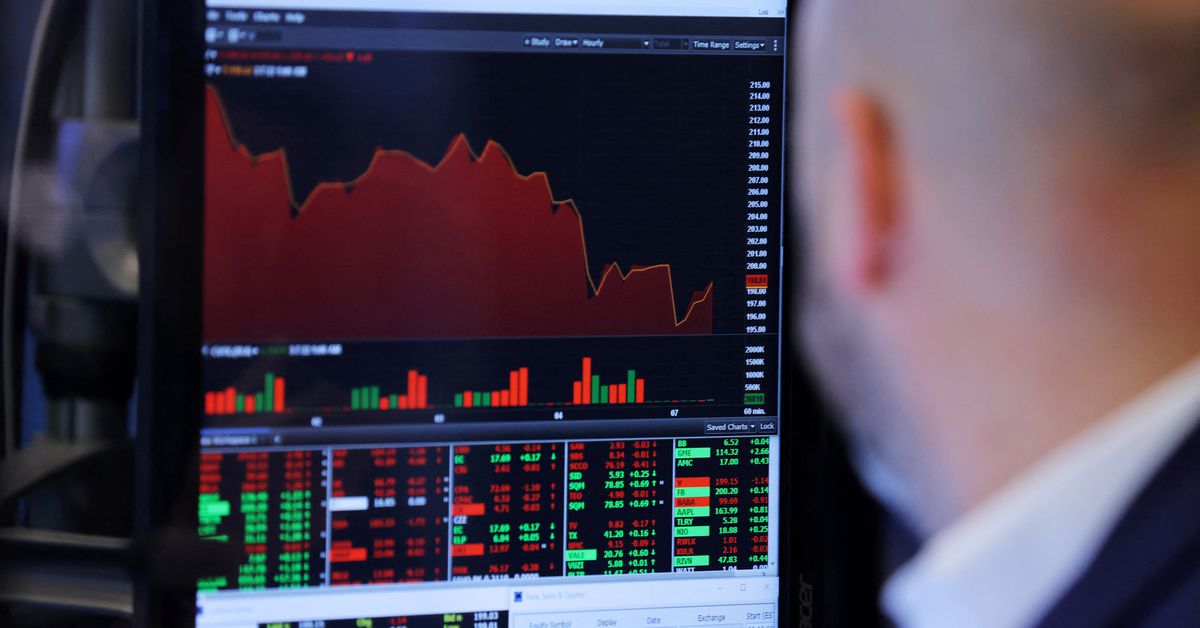 While the numbers matched economists’ expectations, investors feared inflation could pick up further in the coming months as Russia’s war on Ukraine pushes up prices of oil and other commodities. . Read more

Nine of the 11 major S&P sectors fell, with technology (.SPLRCT), down 1.9%, falling the most after leading a rally on Wall Street in the previous session. Chipmakers (.SOX) fell 2.2%.

“At the end of the day, inflation is high and there’s more to come,” said Peter Cardillo, chief economist at Spartan Capital Securities.

“I expected inflation to peak in the second quarter, but now it depends on oil. Maybe we won’t see any relief until the end of the year.”

Fed Chairman Jerome Powell said last week that he would back a quarter-point rate hike at next week’s US central bank meeting and would be “ready to act more aggressively” later, if inflation does not come down as quickly as expected. Read more

A screen is seen on the floor of the New York Stock Exchange (NYSE) in Manhattan, New York, U.S., March 7, 2022. REUTERS/Andrew Kelly

Traders now see a 95% chance of a 25 basis point hike by the Fed at its March meeting. IRPR

Meanwhile, talks between Russia and Ukraine yielded no progress as the war entered its third week on Thursday.

Shares of Amazon.com Inc jumped 4.8% after its board approved a 20-for-1 split of the e-commerce giant’s common stock and authorized a $10 billion buyout plan. Read more