The politically beleaguered British leader is signaling he could ease the virus curbs. 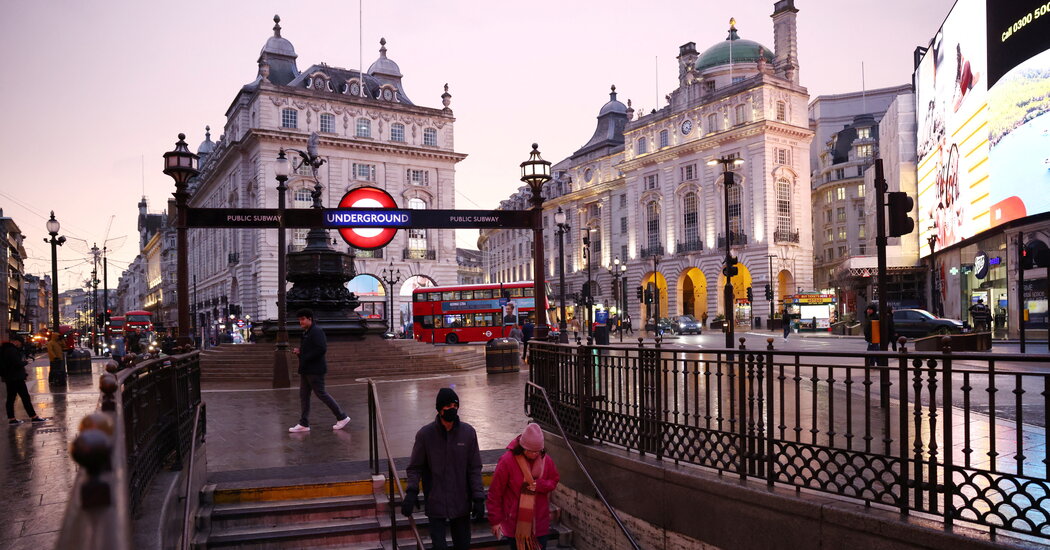 LONDON — As Omicron cases begin to fall, British Prime Minister Boris Johnson flagged possible plans on Tuesday to ease England’s coronavirus restrictions, a move that would likely appease critics of his restive Conservative Party at one time. where he is besieged by a career threatening political scandals.

Mr Johnson’s Cabinet will meet on Wednesday morning to review the limited restrictions currently in place and to discuss the latest health data. The prime minister was due to address parliament in the afternoon, according to his office.

“Decisions on next steps remain finely balanced,” Downing Street said in a statement, which stressed that “the Omicron variant continues to pose a significant threat and the pandemic is not over.” He urged the public to get vaccinated, continuing a campaign launched by Mr Johnson last month.

While the statement noted that the rate of new cases remained high, “the latest data is encouraging, with cases starting to decline.”

Downing Street did not say what decisions Mr Johnson was likely to announce. The expected change in coronavirus policy comes as the Prime Minister is under intense political pressure, from opposition lawmakers and leaders of his own party, following claims he lied to parliament about parties held in Downing Street during lockdown.

Under the current rules, introduced in December as part of what has been called ‘plan B’, people in England have been told to work from home where possible and have been asked to wear face coverings in confined spaces such as public transport.

The government also introduced a requirement for those entering nightclubs and certain major sporting events to show a pass proving either they had been vaccinated or had recently tested negative for coronavirus.

In December, nearly 100 conservative lawmakers rebelled against the imposition of vaccine certification restrictions. And just before Christmas, Mr Johnson failed to tighten restrictions despite pleas from scientists worried about soaring cases of the Omicron variant and the resulting strain on the health service.

The Plan B measures are due to expire on January 26. By announcing an easing this week, Mr Johnson could distract from the furor over Downing Street parties. If Mr Johnson tried to extend the restrictions, he would be taking a major risk at a time when his leadership is already under threat.

Cases in Britain remain high but have fallen by 38.9% in the last seven-day period compared to the previous week. While Downing Street said around 17,000 people remain hospitalized in England alone, daily hospital admissions of Covid patients there have also started to fall after peaking on January 9, according to the Our World project. in Data from Oxford University. But the average number of daily deaths, which lags behind cases, reached 264, a 107% increase over two weeks, according to a New York Times database.