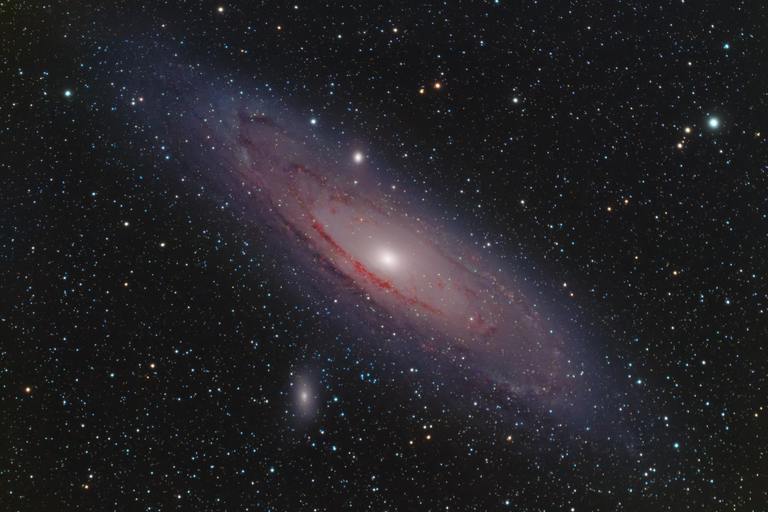 In July 2022, the first images from the James Webb Space Telescope (JWST) were released, causing a sensation. The infrared photos showed planets, stars and galaxies in unprecedented detail, going viral online and still making headlines around the world.

With an interest in science and astronomy at its peak, we have organized an international dialogue on deep space at the Tencent WE Summit 2022. Now in its 10th year, the summit serves to shine a light on the most ambitious scientific work being done around the world.

In the spirit of collaboration that underpins the Summit, this is the first dialogue between the three programs. They were accompanied by a student and amateur astronomer, Zhou Zezhen, winner of the Young Astronomical Photographer of the Year category by the Royal Observatory Greenwich.

The dialogue was moderated by Professor Gou Lijun, a researcher at NAOC.

The JWST, with a diameter of 6.5 m, is the largest optical telescope in space. Launched on December 25, 2021, the telescope is a joint project involving 20 countries and uses infrared photography to study light from distant universes. Dr. Mather says that “he observes everything from the first stars and galaxies and black holes to the planets of the solar system”.

The launch of the CSST – a two-meter-aperture wide-field space telescope – is scheduled for a year or two in the same low Earth orbit as the Space Station. Dr. Zhan explains that the CSST’s primary mission is “to perform high-resolution, large-area, multi-band spectral and imaging surveys using what will be the largest camera in space.”

Meanwhile, CATCH will launch a fleet of smart satellites equipped with X-ray telescopes to observe multiple space phenomena such as black holes, neutron stars, gamma-ray bursts and supernovae. The satellites use AI calculations to make observations and notify other satellites in the fleet to monitor a target around the clock if anything of interest is detected.

Building the JWST presented unique challenges that took years to overcome. Dr Mather describes it as an “origami telescope” due to the way it had to be folded for launch. The engineering was “extremely ambitious” and required the development of 10 new technologies to focus the telescope after launch, assemble the telescope from 18 hexes, ensure the sunshades worked, and invent new types of infrared detectors. .

“We had to design it, build it and test it, and when it didn’t work, we had to start all over again. Finally, after four tests, it worked,” says Dr. Mather.

For the CSST which has not yet been launched, the project team is working to finalize the mission parameters. They have not yet determined which celestial objects will be observed and how to disseminate the large amount of data that will be collected. According to Dr Zhan, The CSST is primarily a surveying telescope. It can be used to observe nearby galaxies such as M31, a very beautiful and large galaxy, and nearby dwarf galaxies as well as galaxy clusters. Similar to the JWST, the CSST can use galaxy clusters to study strong lensing effects, and Zhan’s team expects to get stronger observations next year.

CATCH uses reinforcement learning to help the AI ​​solve long-standing puzzles. However, it must first perform intensive testing to overcome the high training and deployment costs, limited interpretability, and lack of learning, historical experience, and data that underpin the algorithms.

Go where no human has gone before

Each project solves problems and uses technology that allows astronomers to see and do things for the first time and to learn things that have long puzzled mankind.

The JWST uses infrared to see the outermost universes, or objects too cold to emit visible light, and inside the glowing clouds of gas and dust where stars are born.

This allowed the JWST team to observe planets around other stars and learn that some planets have water vapor in their atmosphere. They observed black holes and star-forming regions, including the spectacular Carina Nebula.

Compared to ground-based telescopes, the CSST will have the advantage of high angular resolution and wavelength coverage, as well as a large sky coverage area of ​​one square degree. It may not seem like much, but gives CSST a high-resolution field of view that’s 10,000 times larger than a ground-based optical telescope.

We know that gaming technology has real world apps. Now we can see how this can help deep space exploration. The CATCH project uses game AI developed by Tencent Games to help satellites estimate the space environment and make observations in an intelligent and coordinated way. It does this by treating celestial objects as agents and applying corresponding algorithms to find an optimal solution.

A platform for the next generation of scientists and astronomers

Zhou Zezhen, a Chinese high school student, showed a good understanding of astronomy and asked probing questions to the senior panel. He asked Dr. Mather a question about how the JWST studies black holes, dark matter and dark energy, given that they are effectively invisible.

Dr. Mather replied that the JWST can detect their presence through gravitational effects. The gravity of galaxies bends light, indicating the presence of dark matter, which is inferred rather than observed, allowing us to know about distant galaxies.

Clever questions were also directed to Dr. Zhan about the advantages of CSST over existing ground-based telescopes, and Dr. Deng about how he came up with the idea of ​​applying gaming AI to a space mission and how train the AI ​​for such a mission.

With the launch of CSST on the horizon, Dr. Zhan and other scientists were eager to hear Dr. Mather’s ideas on how to maximize the impact of the project and the huge investment to get it off the ground.

Dr. Mather’s answer was clear and simple: “share the data and ask for help”. He went on to explain that “the more you can publish your data and have it analyzed by other people, the more interesting it will be”.

He explained how the effort and skill required to build a telescope or observatory are different from those required to analyze data and make interesting discoveries, and JWST is open to proposals and partnerships from any astronomer or scientist around the world. entire.

Dr. Mather also addressed a message to young people like Zhou, saying that astronomers have a broad understanding of physics and engineering, which makes them highly qualified for scientific and technical fields, especially in the analysis of data.

He concluded on an optimistic note, reflecting the current enthusiasm for science and astronomy. “It’s a very exciting time to be an astronomer because we have new equipment, which means new discoveries.” With them, “many, many things are possible”.

Besides this dialogue, the WE Summit 2022 also hosted several dialogues between Chinese teenagers and Thomas Lindahl, winner of the Nobel Prize in Chemistry, and considered the father of DNA repair; Jiang Peng, researcher at NAOC and chief designer of China Sky Eyethe five hundred meter aperture spherical radio telescope (QUICK); and other scientists. Such discussions inspired the next generation of students to research, reflect and pursue science.

More than 80 of the world’s top scientists have attended the WE Summit in its 10-year history. They shared cutting-edge scientific and technological information with the public, including theoretical physics, astronomical exploration, brain-computer interface, quantum computing, life science and other fields.