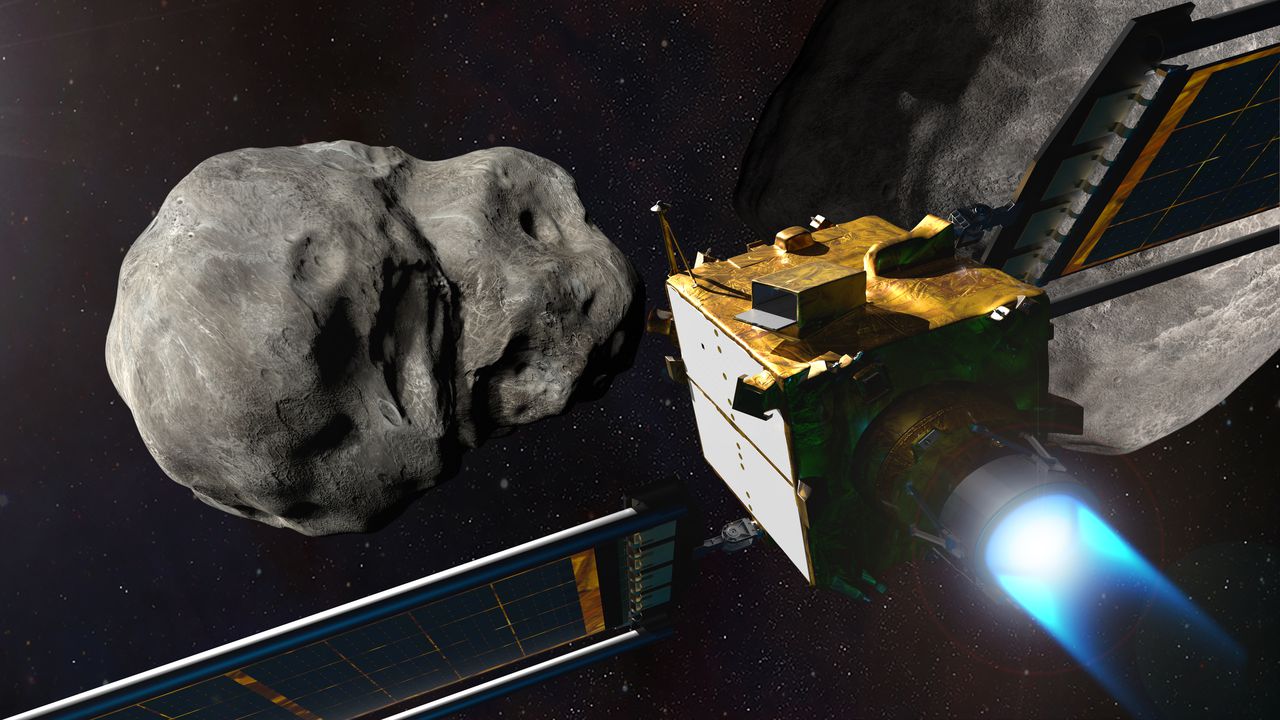 COLUMBUS, Ohio – Cleveland could help save the world in the unlikely event that humanity ends up having to defend itself against an apocalyptic asteroid impact.

This is thanks to research and other work carried out at the Glenn Research Center in Cleveland which will be integrated into a mission of the National Aeronautics and Space Administration which should be launched as early as Wednesday morning.

This week, NASA is launching its Double Asteroid Redirection Test, a mission that will test whether intercepting a threatening asteroid by sending a spaceship colliding with it is a viable strategy to defend the planet.

On board the spacecraft, making a one-way trip to encounter a non-threatening asteroid 6.8 million miles away, will be solar power technology and a new electric propulsion system partially developed by Glenn’s researchers.

The DART spacecraft launch window is expected to open at 1:20 a.m. Wednesday. The probe will exit the atmosphere on a SpaceX Falcon 9 rocket launched from Vandenberg Space Force base in California.

NASA scientists plan to crash the 1345-pound unmanned spacecraft onto the asteroid Dimorphos at a blazing speed of around 15,000 miles per hour in an attempt to alter the path of its orbit around a accompanying asteroid.

They then plan to use telescopes from Earth to monitor the collision and see if it worked. Images and other vehicle data will be transmitted to Earth in real time.

“DART is actually the very first mission to demonstrate what we call kinetic technology, a kinetic impactor, to show how we could do it,” said Carolyn Mercer, program director for NASA HQ who works at Glenn Research Center. “We have models to predict what’s going to happen, and we would like to validate that those models are accurate.”

The threat of deep space asteroids appears to be science fiction, and NASA says no such threat is known for at least the next century. But asteroids are not just a hypothetical danger.

In 2013, an undetected asteroid, just 18 meters long, entered Earth’s atmosphere, exploding over Chelyabinsk, Russia, injuring more than 1,600 people and causing damage estimated at 60 million. dollars. In known geological history, three extinction-level events, including the one that killed the dinosaurs, are at least in part attributable to asteroid impacts.

“The point is, asteroids have already struck Earth and they will strike again,” she said. “We’re not worried about it, but we’re doing this test to prepare the Earth if we ever need it in the future.

The mission cost a total of $ 330 million, according to a NASA spokesperson.

Solar energy technology developed in part at NASA’s Glenn Research Center in Cleveland is being used to help power the DART spacecraft. The vehicle will be equipped with Roll-Out Solar Array (ROSA) technology, flexible wings that are lighter and more compact than traditional solar panels, allowing them to fit into rocket launch tubes.

The DART probe itself is essentially a six-foot-by-six-foot-by-eight-foot box. The ROSA wings extend out to either side, each nearly 28 feet wide.

The probe will also test high-efficiency solar cells designed to operate in cold, low-light environments away from the Sun. The technology, which directs and concentrates weak solar rays, could be used to power future missions to Jupiter or Saturn, according to Jeremiah McNatt, head of photovoltaic technology at the Glenn Research Center.

In the latest part of the Cleveland-related research, the spacecraft will also test a new solar ion propulsion system, powered by xenon gas, which is under study for future use. The thruster system, which NASA calls its Next-C system, was developed by NASA Glenn and Aerojet Rocketdyne, a NASA contractor headquartered in California.

The Next-C system is not the main thruster that will power the DART spacecraft, but the mission will still provide the opportunity to test the thruster to see how it behaves in space. If it works well, the thruster could be used to propel spacecraft visiting other planets or even send cargoes to the moon, where NASA eventually hopes to establish a permanent orbiting outpost.

The system has been in development since the early 2000s, said Robert Thomas, a research engineer at NASA.

“To see something that I have physically got my hands on and tested in here flying in space is exciting,” Thomas said. “And I hope the launch goes off without a hitch tonight.”

As the DART spacecraft launches this week, don’t expect to say whether the mission is successful or not while on vacation. It is not expected to collide with the asteroid Dimorphous until September 26 and October 1, 2022.