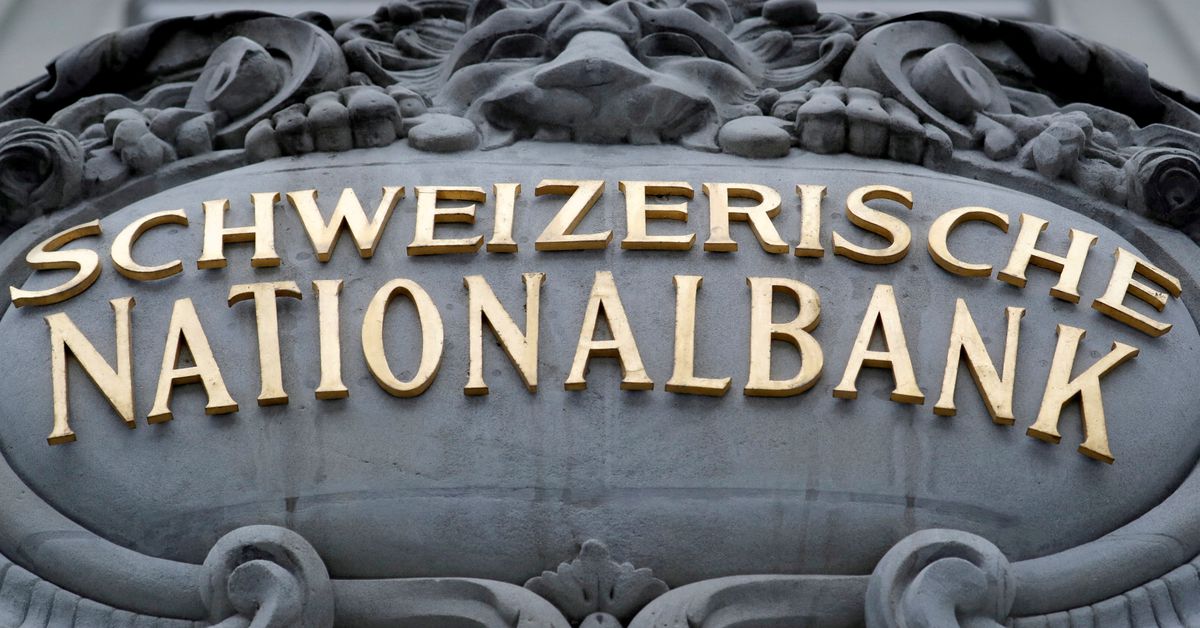 The logo of the Swiss National Bank (SNB) is pictured on its building in Bern, Switzerland April 2, 2022. REUTERS/Arnd Wiegmann//File Photo

VIENNA, July 16 (Reuters) – The Swiss National Bank is currently considering raising interest rates by 50 or 75 basis points in its next monetary policy announcement due in September, a Swiss newspaper reported on Saturday, citing an or several people involved in the matter.

Last month, the central bank raised its benchmark rate for the first time in 15 years and President Thomas Jordan said shortly after that lingering inflationary pressure meant further tightening was likely to be needed.

Data released last week showed Swiss inflation hit a 29-year high of 3.4% in June, higher than economists had expected and the first time it exceeded 3% since 2008. This is the fifth month in a row that inflation has been above the SNB’s target range of 0-2%. Read more

The Schweiz am Wochenende newspaper said the central bank expects a rate hike of 50 basis points to 0.25% from -0.25% in its next monetary policy announcement scheduled for September 22, although the situation may yet to change by then. He cited one or more unidentified people involved in the case.

If inflation were to rise further, a rate hike of 75 basis points is possible, he added.

Some analysts have said the SNB could raise rates before Sept. 22, closer to the rate hike expected by the European Central Bank at a Governing Council meeting on Thursday.

Asked about the report, an SNB spokesman said he was not commenting on the speculation.