Study examines link between Campylobacter in animals and humans 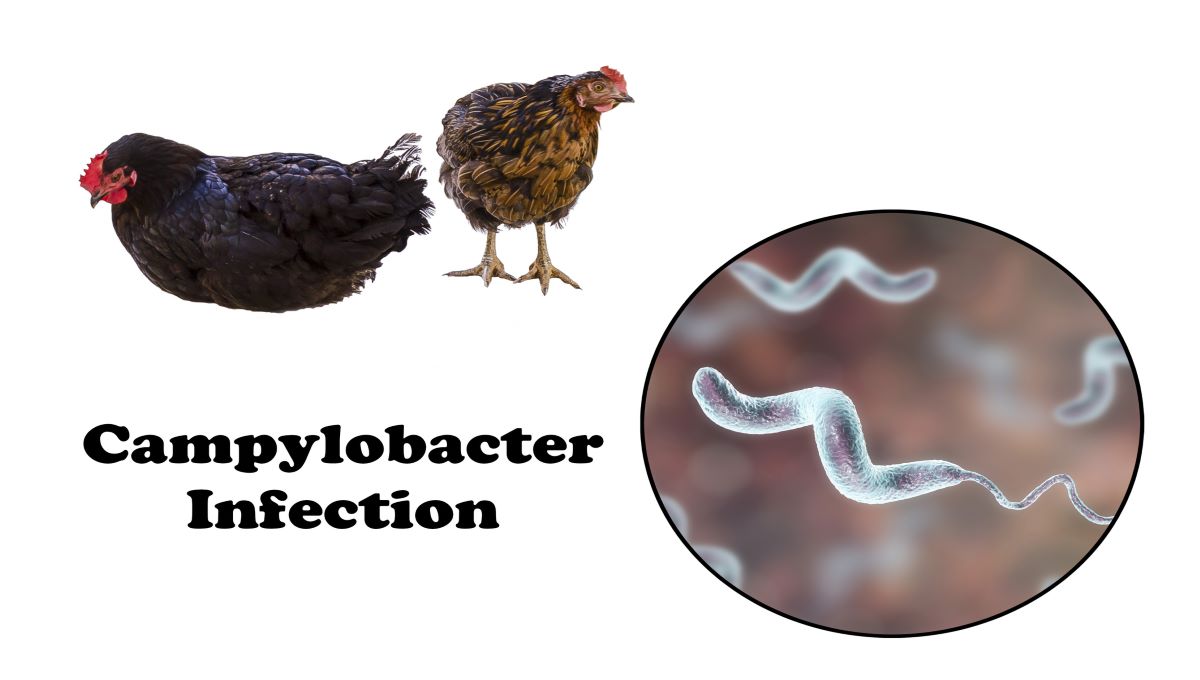 Modeling of Campylobacter in Sweden indicated a 2-week lag between human cases and prevalence in broilers.

This suggests that the prevalence of broilers two weeks earlier may partially explain household Campylobacter infections with transmission via handling and consumption of fresh chicken meat.

However, there is no simple relationship between prevalence in chickens raised for meat and patients. Other factors also need to be evaluated to understand the transmission routes and epidemiology of campylobacteriosis, says the study published in the International Journal of Food Microbiology.

The research explored the relationship between the proportion of Campylobacter positive broiler flocks and the number of domestic human cases reported in Sweden.

The scientists applied two approaches to analyze time series data using weekly, bi-weekly or monthly data on human campylobacteriosis cases and Campylobacter prevalence in broiler slaughter lots in Sweden between 2009 and 2019. Both datasets revealed clear seasonality and variation between years.

A model showed a close overlap of seasonal trends in terms of the timing and proportional change in peaks from normal annual levels.

Swedish situation
In Sweden, the slaughter of broilers is concentrated in a few slaughterhouses and the four largest cover 97.2% of all slaughtered birds. The increase in demand has led to changes in production such as the introduction of thinning, shorter gap periods between series of batches of broilers in primary production and multi-shift slaughter at the ‘slaughterhouse.

The annual prevalence of Campylobacter in sampled slaughter lots has varied between 2009 and 2019 from 5 to 15 percent, but there is seasonal variation with the highest rates in late summer and the lowest during summer months. winter months. There is also wide variation in prevalence in batches from different producers, from virtually never to up to 30 percent of flocks.

Analysis was also performed for a subset of data not covering the period from 2014 to 2018, when several national outbreaks occurred.

The inability of either model to capture and predict the extended period with a high number of cases in 2016-2017 indicates that the increase in broiler prevalence alone cannot explain the increase in human cases. These results highlight the need for data on Campylobacter in chicken meat and genomic comparisons between human isolates and broilers, the researchers said.

It is reasonable to expect a time lag between the prevalence of broilers at slaughter and the identification of human cases given the time lag between sampling of slaughter lots, when the meat is exposed to detail, the shelf life of fresh chicken meat, the incubation period for Campylobacter infections, and the time between onset of illness and visit to the doctor.

The sampling date of broilers is in most cases the same day as slaughter, poultry products reach the retail market three to four days later, and the shelf life of fresh meat is d 10 to 11 days after slaughter.

Assuming that fresh chicken meat is consumed on average seven days after slaughter, the incubation period range is 1 to 10 days with a median of three days, and the median time from onset of disease and testing is four days, this would translate to a median of two week lags between sampling broiler batches and human cases, which is consistent with the study results.