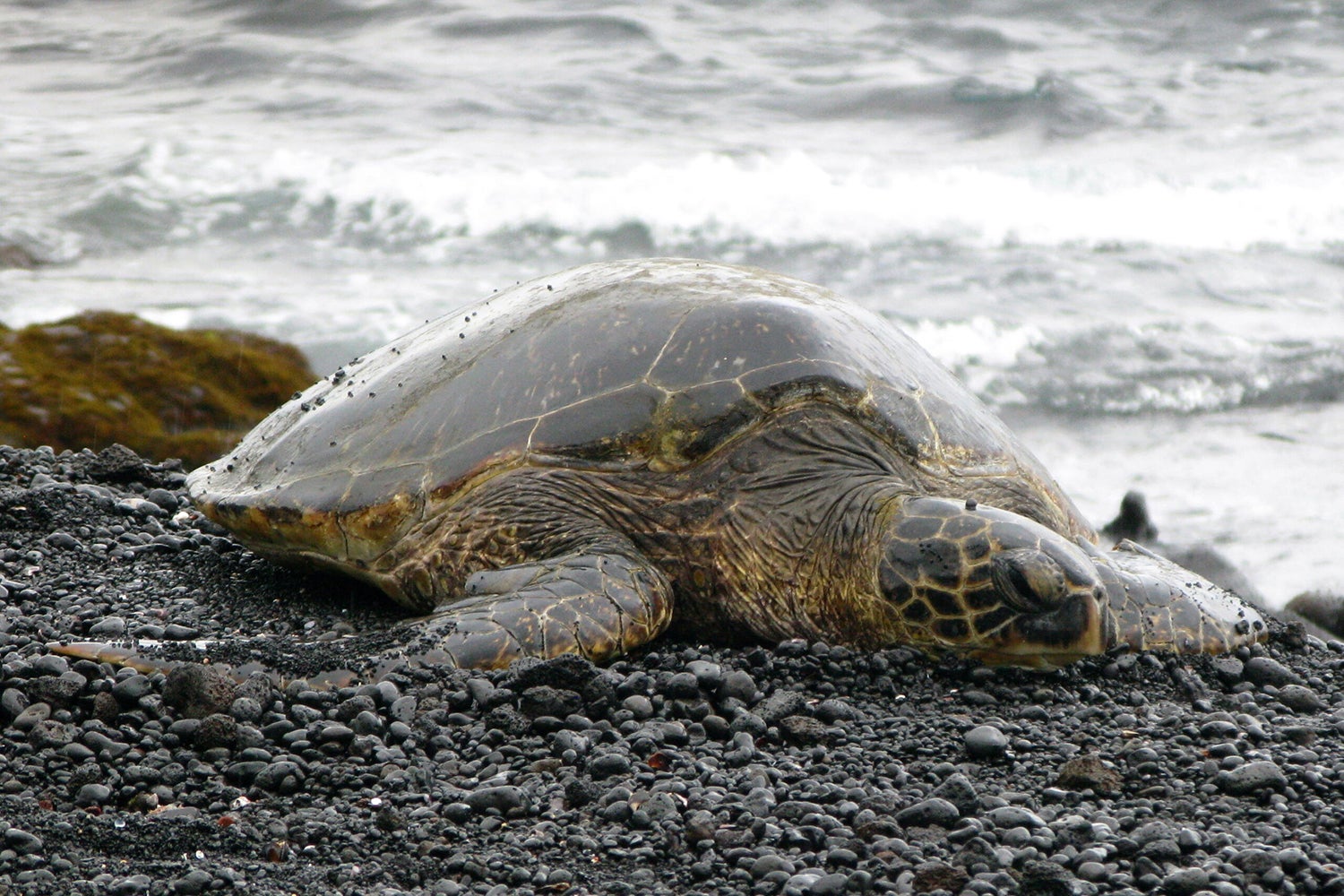 Through the National Institute of Standards and Technology (NIST)

With an estimate 8 million metric tons plastic waste that escapes into our oceans every year, plastic pollution negatively affects the environment, the climate and even our health. Many plastic products break down in the ocean and are ingested by marine life. Scientists can study these organisms as potential bioindicators to measure the amount of plastic existing in different ocean regions and help assess the overall health of the marine environment.

A green sea turtle basking on one of Hawaii’s beaches. These marine species could serve as a potential bioindicator of plastic pollution in the North Pacific Ocean. (Image credit: J. Lynch/NIST)

To advance these efforts, several research organizations, including the National Institute of Standards and Technology (NIST) and Stanford University, conducted a meta-analysis, in which they statistically analyzed and combined current scientific literature to identify key marine species to monitor plastic pollution in the North Pacific Ocean. The study provides a systematic framework for collecting data on these marine species to minimize variability in observed results between different organizations. The results will help improve information important to understanding the extent of plastic pollution in the North Pacific Ocean, the effectiveness of plastic reduction measures, and possible impacts on wildlife.

The researchers published their findings in the scientific journal Environmental pollution.

“The scientific community has an incredible amount of data on which marine species are ingesting plastic pollution so far. It is imperative to synthesize this data and turn it into knowledge that can help us understand and mitigate this problem. said Matthew Savoca, postdoctoral researcher at Stanford University’s Hopkins Marine Station in Pacific Grove, Calif.

The collaboration focused on species of marine wildlife that are already known to ingest plastic pollution. “These animals feed in the ocean, ingest the plastic and bring it back to us. This makes the human job of monitoring plastic pollution easier. We make the best use of animals that have already died for various reasons and collect their data,” said NIST researcher Jennifer Lynch.

Use a grading rubric that has been modified from a similar rubric used by a United Nations Working Groupthe researchers assessed 352 different marine species and identified 12 as the best potential bioindicators for the North Pacific.

These best bioindicators ranged from Pacific oyster and longnose lancetfish to green sea turtle and black-footed albatross. Among the species highlighted are a few that had not previously been identified as potential bio-indicators, such as the Manila clam, several species of anchovies, and a small seabird known as the Leach’s storm petrel.

Criteria for species to serve as bioindicators included a variety of factors, such as their distribution throughout the ocean, both in the North Pacific and globally, and whether they are consumed by humans.

“There are a handful of things that make a good bioindicator,” Savoca said. “The first thing is accessibility: is it easy to get samples of these species? Second, we are looking for species impacted by plastic. We look for changes in plastic pollution over time to see if things are getting worse or better.

At the same time, Lynch said, “We recognize that there is no one species that can cover everything. When sea turtles feed, they can reveal the presence of certain plastics. But bivalves, like mussels and clams, could be better bioindicators for other plastics near the seafloor.Also, different species may be experts at detecting the presence of plastics of a particular size, whether they are pieces of visible plastic or almost invisible microfibers.