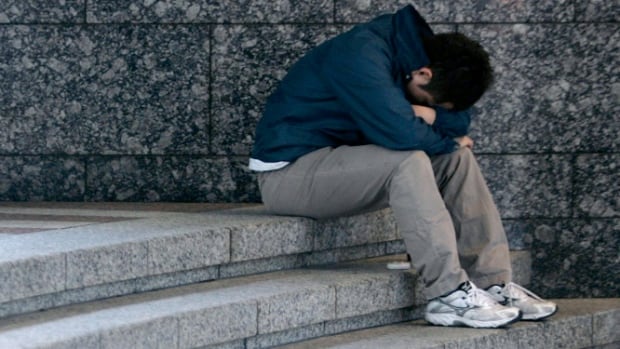 Saskatchewan cut funding for suicide prevention a year after passing legislation to meet the challenge and despite a minister declaring mental health a government priority.

The Saskatchewan Party government has allocated $1 million this year to its Pillars For Life plan.

Data provided by the Department of Health shows that this is a decrease of $200,000 from the previous two years.

Mental Health Minister Everett Hindley said less funding was provided this year because the program no longer had start-up costs.

The Suicide Prevention Strategy Act, which passed in April 2021, requires the Department of Health to spend six months consulting with organizations, other provinces and the federal government to help develop a suicide prevention plan. suicide.

The architect of the legislation said the government was not enforcing it and not consulting.

“Nothing has come forward for the families I’ve spoken to,” said Doyle Vermette, opposition NDP mental health critic who sits in northern Saskatchewan.

Hindley said the government consulted with the Federation of Sovereign Indigenous Nations, which represents 74 First Nations in the province.

“Apart from this formal consultation, there are the less formal as community leaders,” he said.

Hindley pointed to $8 million in this year’s budget for mental health.

“We want to make sure the dollar figures are spent wisely,” he said. “And the people who live in those communities and seek help are seeing those benefits come to fruition.”

The Department of Health said most of Pillars for Life’s funding went to suicide prevention campaigns and Roots of Hope, a community project to reduce suicides in northern Saskatchewan.

Saskatchewan’s coroner reported 204 suicides in 2021, an increase of five from the previous year, when the government first introduced Pillars For Life.

Data shows that Indigenous peoples are disproportionately affected. They accounted for 41% of all suicides in the province last year, up from just over 16% of the population at a 2016 census.

Preliminary data shows another 34 people died by suicide in the first four months of this year.

The system is broken, says the father

Some proponents say the whole approach needs to be reformed.

“The government is making small changes, which help, but that’s not what we need. We need huge changes, especially for our young people,” said Chris Ball, whose son Kye is committed suicide in 2017 at the age of 16.

A report released earlier this year by Saskatchewan’s Children’s Advocate says the province has failed to act on recommendations to improve mental health for decades.

Ball, who is Métis and continues to advocate for families, said it was “a nightmare trying to get help.”

Prior to his death, Kye was going back and forth to hospitals and struggling to get help, Ball said.

“We [were] denied having our son in the [psychiatric ward] many times because they were full,” Ball said. “The system is down.”

There is also a lack of psychiatrists and counselors in the province. Government data shows a nine-month wait for children and youth in Saskatoon to see a psychiatrist.

Vermette said the government needs to provide more resources to people. Many factors, including lack of activities, limited access to support, poor transportation and intergenerational trauma, continue to affect mental health in Indigenous communities, he said.

“We just want to make sure the barriers aren’t there, (so) if somebody reaches out for sanity (support), it’s there for them.

“We may not be able to save everyone, but man, what a difference if people knew they weren’t feeling alone.”

If you are having suicidal thoughts or are having a mental health crisis, help is available. For an emergency or crisis, dial 911.

You can also text CONNECT to 686868 and get immediate support from a crisis responder through the Crisis Text Line, powered by Kids Help Phone.