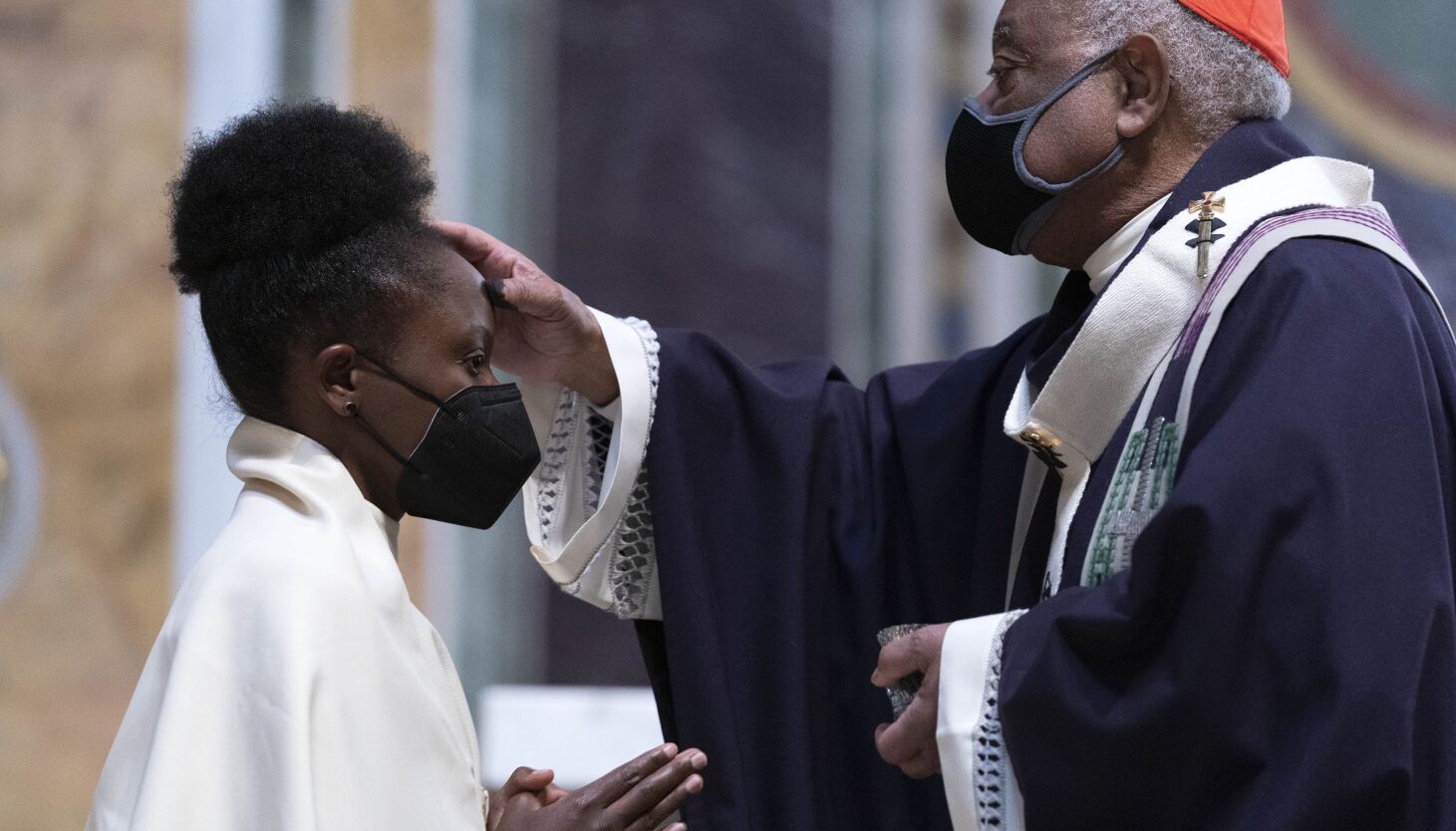 Gloria Purvis was 12 when she came home from parochial school one afternoon and told her Baptist father and Methodist mother that she was converting to Catholicism. While sitting in the school chapel recently, she had a “mystical experience”, she told them, explaining that she felt her body engulfed in fire and flames, but that it didn’t hurt him. In that moment, she knew the Eucharist “was alive and real,” said Purvis, who today hosts “The Gloria Purvis Podcast.”

In addition to this moment, Purvis attributes her conversion to the fact that she had black Catholic role models in the priest, Father Figaro, and in the nuns at the school. In religion class, when Purvis told one of these nuns, “I think I’m Catholic,” the woman replied, “No, you have to ask your parents.”

Purvis didn’t ask her parents if she could convert to Catholicism as much as she told them. His Methodist mother replied, “OK, if you want to be Catholic, you go to mass every Sunday, every holy day, there is no meat on Fridays and you go to say the rosary. At an age when other girls were being dropped off at the mall, Purvis’ parents began dropping her off at mass.

Purvis grew up in Charleston, South Carolina, a place sometimes called the Holy City because there are so many churches. On Sundays, when Purvis finished mass, she walked to the Baptist church her grandmother attended and joined her in the pew.

Although Purvis’ parents did not become Catholic, his conversion changed the home, Purvis said. When she gave up something for Lent, everyone did because her mother didn’t cook several meals.

Purvis’ two sisters followed in his footsteps, also becoming Catholics. Her whole family had a relationship with Father Figaro – when Purvis’ parents bought a new house, she and her sisters told them, “We can’t sleep in the house until it’s blessed”, remembers Purvis. And they all became intimately familiar with the faith after one of Purvis’ sisters died in a car accident at the age of 21.

Subsequently, the family maintained ties with Father Figaro, hosted him and visited the priests when they passed through town. “They were having dinner with a non-Catholic family,” Purvis said.

New data from Pew Research Center suggests that Purvis’ experience is, in many ways, typical of black Catholics. Like Purvis, a sizeable 16% have converted to the faith. And also like Purvis, who takes a hardline stance on social justice issues, a large majority of black Catholics say opposing racism (77%) and sexism (75%) are core components of their faith.

Black Catholics are a “relatively small group,” said Besheer Mohamed, senior fellow at the Pew Research Center and co-author of the new report. “But there are still millions. It’s not a group that you can say, ‘There aren’t so many that you need to study them.’

Until now, black Catholics have been largely overlooked by scholars and underestimated by the media, with the exception of the attention garnered in 2019 when Pope Francis appointed a black man, the Very Reverend Wilton Gregory, to be the Archbishop of Washington, and then again in 2020 when Bishop Gregory was made a cardinal, becoming the first black cardinal in American history.

Pew’s survey of black Catholics is an attempt to shed light on this often overlooked segment of the population and “unpack the diversity among racial groups, in general, and black Americans in particular,” Mohamed said.

Like black Protestants, black Catholics rank higher than whites on some key measures of religiosity, such as praying daily, reading scripture outside of church, saying religion is very important to them, and praying when decision making.

Although black Catholics have a lot in common with their black Protestant counterparts, they differ in a few things.

“The only interesting snag is that black Catholics aren’t much more likely than white or Hispanic Catholics to attend services more regularly,” Mohamed said. Black Protestants, on the whole, attend church more than their white counterparts.

Black Catholics are also less likely than Black Protestants to say that believing in God and abstaining from sex before marriage are important to their religious identity.

These expectations mirror those of black Protestants, Mohamed noted.

For Purvis, his personal experience and the new Pew study underscore the importance of having black Catholic clergy in schools. The Pew report mentions that the number of black Catholics increased during the Great Migration in the mid-twentieth century, when black Americans left the South and found themselves in cities with “large pre-existing Catholic populations and, in many cases, strong parochial school systems.

Reverend Myra Brown’s experience embodies this story. Growing up in Rochester, New York, she went to all kinds of churches, worshiping with everyone from Pentecostals, Spiritualists and Catholics. Although her parents, originally from Arkansas, came from a Protestant background, they had not attached themselves to any particular denomination since moving north. Attending a variety of services taught Reverend Brown “God was everywhere,” she said.

She landed in Catholicism as a teenager only because the choir lacked some souls. “I was actually taken to the Catholic Church to sing,” Reverend Brown joked. Once there, she said, “I really fell in love with the community, the tradition, the people and Jesus.

And then, about a decade later, came the call to ministry.

By then people had started talking about Reverend Brown. She ministered in the streets on weekends and the people she prayed for had experienced what they thought were miracles. The white priest from St. Bridget’s, the Catholic church she attended, approached Reverend Brown – who was only 23 or 24 at the time – and asked him to preach.

“I said no, it’s true, because I was black, Catholic and a woman. … There was no model for that,” Reverend Brown said.

The priest asked her to go home and pray about it. A mother of two young children, Reverend Brown lived with a friend. In her attic room, she knelt and prayed about the priest’s request. But there was no response.

So she got up, came downstairs and started vacuuming. And then she felt someone tug on her shirt, in the front, so hard the fabric stretched, she said.

Reverend Brown went back to that attic room, knelt down again and asked, “My God, are you calling me?”

“He said, ‘Yes, I called you to preach and teach my word,'” she said of the moment. “I was just flabbergasted. I started arguing. I was like, ‘God, are you kidding me?’

It was 30 years ago. After her first sermon, Reverend Brown joined the ministry staff at Corpus Christi Church in Rochester, which at the time was Roman Catholic. After seven years in Corpus Christi, she and other clergy have broken with the Roman Catholic diocese’s inclusion issues, she said.

They founded an independent Catholic church called Spiritus Christi, which Reverend Brown leads today. While some Catholics may not recognize this leadership role, Reverend Brown represents another face of black Catholicism — one that shows how black Americans’ focus on racial and gender equity could broaden the tent of American Catholicism.