Percepto: Aiming for a sustainable infrastructure 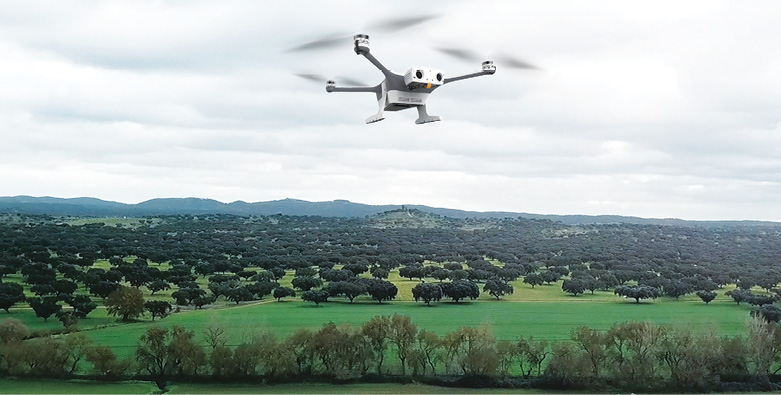 NOTOne thousand independent companies produce oil and natural gas in 33 states and abroad. Electric utilities support more than 2,000 communities in 49 states and five US territories. These are just a few of the industries that fuel the United States economy and way of life.

Maintaining equipment and facilities for these critical purposes is no small feat. But a drone, combined with additional technologies such as advanced sensors and artificial intelligence, can make a big difference.

Preventing potential hazards, pollution, and disasters that could cause catastrophic damage to equipment and people are prominent among the ways drones help maintain critical infrastructure.

Percepto, an innovative provider of autonomous inspection and monitoring solutions, has successfully solved this problem with AIM, both figuratively and literally. The Israel-based company is now advancing its technology and enticing users with AIM 2022, featuring expanded compatibility, a new drone in a box, and an app.

THE NEED FOR INSPECTION

The value of drone use cases for inspections, especially of critical infrastructure, has been well documented. Various governing bodies require routine inspections. Drones offer an effective, efficient and economical way to conduct them.

Traditional inspections, often done manually, are dangerous, expensive, and can lead to suboptimal data collection. Hanging from a tower, a cherry picker or the side of a helicopter poses significant risks to worker safety. The costs of these inspections are a challenge for those wishing to increase their quantity and quality. Paying a helicopter crew to perform a utility inspection, for example, can range from $9,000 to $30,000 per day. This can deter companies from carrying out inspections frequently enough to spot minor issues that, if left undetected, could become major ones.

Even when companies collect enough data, they may not store or organize it properly, choose not to use it, or analyze it enough. Manually evaluating what kind of historical information might reveal long-term trends indicating a problem with a structure or equipment can take a Herculean effort. It can also be difficult and time-consuming for employees to look at an image of an asset, compare it to previous images of that same structure, and detect flaws, changes, or failures with the naked eye. In many cases, they miss it.

Finally, if the inspection reveals a potential problem, communicating this information effectively can present another challenge. Important information, often communicated by e-mail, can be lost in translation. This problem is exacerbated when shared by multiple stakeholders who may not be using common terms.

The best way to solve these problems is to use an end-to-end system. Enter Autonomous Inspection and Monitoring, or AIM.

In November 2020, Percepto, which over the previous seven years had already gained a worldwide reputation for capturing high-quality visual data through robotic technology and visual data management, announced its AIM concept. (See https://insideunmannedsystems.com/percepto-launches-aim-platform-for-autonomous-industrial-inspections/)

AIM was the first enterprise solution of its kind to help industrial companies inspect, manage and secure sites and improve operational productivity. It allowed totally autonomous management of a fleet of on-site robots for inspection. The data collected enabled automatic generation of business insights for various stakeholders in the organization in the form of insights, reports and trends, digital twins, and visual data management and analysis .

“Visual inspections at industrial facilities at companies such as refineries and electric utilities help reduce pollution and safety risks,” said Dor Abuhasira, CEO and co-founder of Percepto. “No leak goes unnoticed with the combination of 24/7 inspections and AI-powered change detection, and employees are shielded from the dangers that would otherwise be required to inspect and watch for leaks. Detecting and correcting defects as soon as they occur enables companies to effectively prevent large-scale hazards and related damage to the environment and surrounding communities.

Grigor Bambekov, senior vice president, business transformation at energy company Delek US, attests to this. “Last spring, we had an emergency with a processing unit at one of our facilities. This situation required an immediate response on the ground and from the air,” he explained.

“We flew a Percepto drone to do immediate reconnaissance and find out what was going on,” recalled Bambekov, whose company is located in Brentwood, Tennessee. Footage was recorded, snapshots were taken from nearby air, and communication was immediately established with the emergency response team and members of the operations and maintenance team, as well as with officials on the ground. Immediate action was taken and the situation was quickly brought under control.

“Without the drones, the response would not have been so quick,” Bambekov continued. “Using drones in this situation made it manageable and helped resolve it quickly, efficiently and effectively.”

Today, a year after the launch of AIM, drawing on the experience gained from dozens of inspections of industrial sites around the world, the company announced AIM 2022. It includes Percepto Air Mobile, a new drone in a box, mobile app and fully automated integrations. with DJI drones and fixed cameras.

Companies that want to prevent failures and, when they do occur, ensure the best results have turned to Percepto for its standalone DIB solution.

Koch Fertilizer, headquartered in Wichita, Kansas, one of the world’s largest fertilizer producers and marketers, uses Percepto drones instead of sending a valuable employee up dangerous ladders to perform its inspections of reservoirs. High-resolution and thermal imaging captures and detects defects and anomalies for the business.

As with Koch and Percepto customers such as Fortune 500 companies Enel Group, Florida Power & Light, and Verizon, it helps to find faults with Percepto’s automatically generated high-quality data reports. Anyone in the organization, from anywhere, can also go back and review assignments. This allows stakeholders to see the changes for themselves.

Companies with facilities or assets that require superior quality and quantity inspection data should consider an autonomous drone solution.

Starting small and scaling up is a sensible approach. For a power company, that could mean bringing in an autonomous drone to monitor and inspect its riskiest locations, like a nuclear power facility. Once the value of autonomous inspections has been proven, the company could introduce them to other utilities and infrastructure.

“Koch started with inspection and security duties,” Abuhasira explained. “For them, the value and security they were adding to their facility made it a good starting point.”

Going forward, Abuhasira noted, Koch wants to ensure that during any security event, no employee goes out. Koch plans to use AIM to fully automate its emergency response, like Delek did, to achieve these goals.

“Our solution connects people to important information to help them make the right decisions and keep them safe,” Abuhasira added.

The industry has taken notice.

In 2021, Percepto hit the trifecta in terms of awards and accolades. In November, TIME listed the company on its list of “100 Best Inventions of 2021”. It also landed on marketing intelligence firm CB Insights’ “AI 100” list of “Most Innovative Artificial Intelligence Startups”. Finally, it landed “Gold” as the winner of the 2021 Edison Awards in the “Visual Insights and Conversion Tools” category.

The FAA has also selected the company to participate in its BVLOS Aviation Regulatory Committee (ARC). This gives them a place at the table to help shape a much-anticipated new BVLOS rule.

Expect Percepto to tackle all of the upcoming broad-spectrum needs and challenges that its customers will face as the industry continues to evolve and sustain itself.