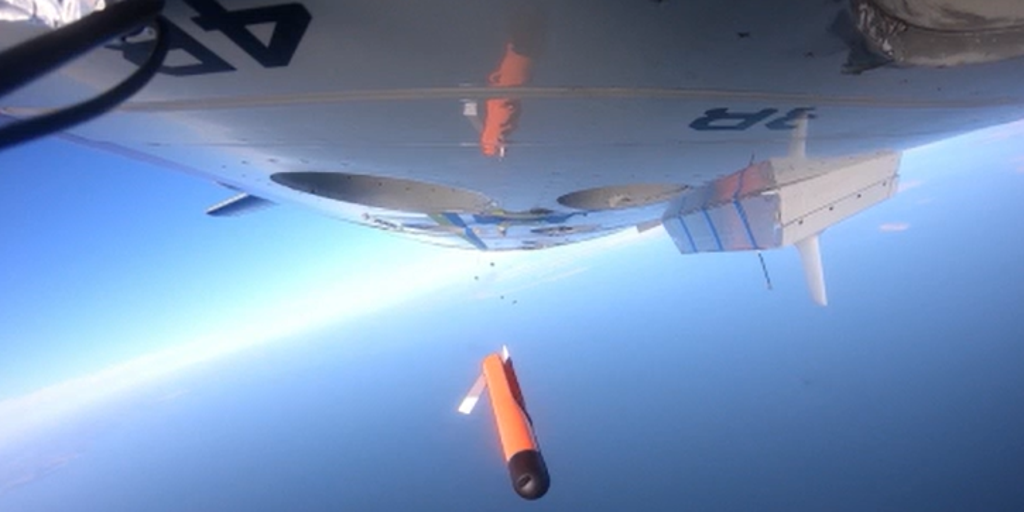 Drones do the hard work, learning the secrets hurricanes hide in their double-decker waves and 130 mph winds.

On Wednesday, National Oceanographic and Atmospheric Administration researchers flew a drone into Hurricane Ian to collect weather measurements in a part of the storm too dangerous for Hurricane Hunters.

called a Zone-I Altius-600 unmanned aircraft system (UAS), the drone was the first of its kind to be deployed in a hurricane by NOAA. The 27-pound UAS was dropped into Hurricane Ian from a NOAA WP-3D Hurricane Hunter aircraft (N42RF, “Kermit”) on September 28.

The UAS dropped 3,000 feet into the eye of Hurricane Ian to collect temperature, pressure and humidity readings. According to NOAA, the crew then steered the UAS into the eyewall, where the UAS performed a series of circumnavigations at different altitudes.

What information can drones collect?

Most of us are familiar with the hurricane chasers, pilots, and meteorologists who fly through the eye of a hurricane, but data is still lacking. Researchers want more data, closer to the ground where it’s too dangerous to fly – but safe enough for a drone.

As the National Oceanic and Atmospheric Administration’s Hurricane Hunters and the Air Force Reserve’s 53rd Weather Reconnaissance Squadron fly high above the ground through the eyewall, they unleash their “ground boots small unmanned drones in the storm.

“Due, obviously, to the type of violent and dynamic nature of a hurricane, getting a crewed aircraft down to that first 3,000 feet can be a bit dangerous,” said Adam Aritbol, ​​test pilot in NOAA Corps chief, to FOX Weather in an interview. “So we designed these drones to kind of do that job for us.”

Why is low-level data so important?

NOAA’s senior meteorologist for their hurricane research division, Joe Cione, told FOX Weather that scientists need to know more about what part of the storm is affecting people and where they live.

“When these dangerous storms make landfall, that’s where we are, with buildings, structures, everything. So we really want to know what’s going on down there,” Cione said. “We have hurricane chasers, but those rigs can’t really fly very low for safety reasons. So we used that technology with drones to sample the lowest storms in Florida where we all live and also where the storm gets its energy from.”

Cione, senior scientist for small UAS (sUAS) research and operations, was part of the crew that deployed the UAS in Hurricane Ian on Wednesday. He was joined by hurricane researchers Jun Zhang and Josh Wadler on this successful launch inside the storm.

The crew releases drones above 3,000 feet where it is safe to fly an aircraft. The drones spiral down to areas of high winds closer to the surface and collect samples for 2-3 hours. The drone sends the data back to the aircraft.

NOAA took this slow motion video of a drone falling from a Hurricane Hunter aircraft, ready to take data samples in the lowest half mile of a tropical storm off Florida.

Researchers use readings and videos to find out exactly what is going on scientifically. NOAA hopes the new data and understanding will improve models that predict storms. These models and forecasts will also help emergency managers make more informed decisions about evacuations.

“We think over time we’ll be able to represent stronger winds, which helps us and forecasters say, ‘Wow, okay, we thought that was 100 miles away. hour, but this drone captured 120,” Cione said. “That may mean we weren’t going to evacuate, but now we will.”

Cione and his colleagues used drones to collect data during the deadly Hurricane Maria in 2017. They found that the only way computer models and experiments correctly predicted Hurricane Maria’s complex structure was to include drone data. The group published its results in a 2022 edition study.

“The results of this study illustrate the significant impact that hard-to-obtain near-surface observations can have on improving the accuracy of tropical cyclone structure and intensity,” the authors wrote. study.

A screenshot of the Coyote operator software (drone); the Coyote drone has an onboard autopilot, but the operator provides “waypoints” to fly to.

“We want to have better situational awareness. And that’s fancy language to basically know what’s going on,” Cione said. “So we can really give forecasters what’s going on at that time. They can make more informed decisions with decisions to evacuate or not.”

The NHC’s Tropical Cyclone Report analyzed Maria and noted that models mispredicted the hurricane’s genesis just before it formed, which delayed warnings.

“An issue of note regarding the intensity forecast for Maria was the poor anticipation of the rapidly intensifying episode of Hurricane Maria 9 on September 18,” the report continues.

In a recent report, Caroline Elliot of FOX News explained that predicting a rapid escalation is a major point the NOAA drone researcher wants to improve.

“The long-term goal is to tackle one of the biggest hurricane challenges. Predicting what scientists call rapid intensification,” Elliott reported. “Rapid intensification is when the wind speed increases by at least 35 mph in less than 24 hours.

NOAA has also partnered with Saildrone to send unmanned boats into hurricanes and take action. It’s easy to see why humans can’t take these steps.