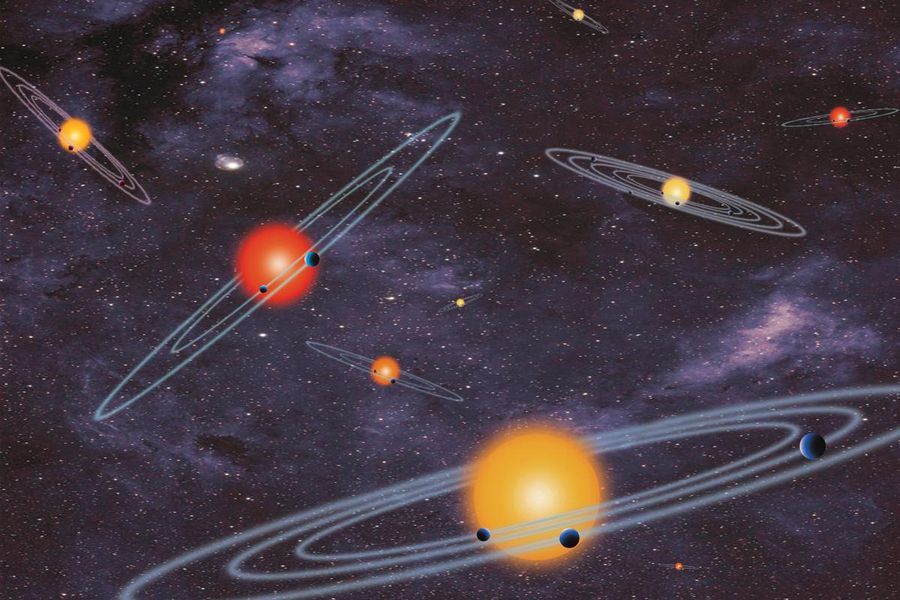 Astronomers have detected at least three small stars posing as exoplanets, according to new research.

The three, possibly four, stars were originally discovered by NASA Kepler Space Telescope. At the time, they were classified as exoplanets. However, a new study suggests that their original classification could be a case of mistaken identity, according to A declaration from the Massachusetts Institute of Technology (MIT), where most researchers are based.

Scientists have revisited planet-hosting measurements stars to verify the size of candidate exoplanets. This revealed three suspicious objects – known as Kepler-854b, Kepler-840b and Kepler-699b – measuring between two and four times the size of Jupiter, which is far too big to be a planet. Instead, the researchers argue they should be classified as small stars.

Related: The 10 biggest exoplanet discoveries of 2021

“Most exoplanets are Jupiter-sized or much smaller. Twice [the size of] Jupiter is already suspect,” said Prajwal Niraula, the study’s lead author and a graduate student in MIT’s Department of Earth, Atmospheric, and Planetary Sciences. “A planet larger than this cannot be a planet, that’s what we found. ”

The fourth disguised star, known as Kepler-747b, is about 1.8 times the size of Jupiter, which is comparable to the largest confirmed exoplanets. However, Kepler-747b is located relatively far from its star, which means it probably doesn’t receive enough light to sustain itself as a planet of this size. While this doesn’t definitively rule out Kepler-747b as an exoplanet candidate, researchers are wary of its planetary classification.

“Overall, this study makes the current list of planets more complete,” Avi Shporer, study co-author and researcher at MIT’s Kavli Institute for Astrophysics and Space Research, said in the release. . “People rely on this list to study the population of planets as a whole. If you use a sample with a few odd ones out, your results may be inaccurate. So it’s important that the planet list doesn’t get contaminated.”

The true identities of these stars have been revealed as part of a larger effort to identify signs of tidal distortion in exoplanetary systems. The gravitational attraction between two objects can influence the shapes of the objects. When two objects are close together, the gravitational pull of each stretches the other into an egg or ellipsoid shape.

The amount of distortion is determined by the mass of the companion object. Therefore, researchers can determine if they are looking at a binary star system or a star-planet system based on observed tidal pull, according to the statement.

And when scientists looked at the latest data on Kepler-854b, researchers found an ellipsoidal signal too large to be caused by a planet. Since the size of exoplanets is estimated by comparing them to the size of the orbiting star, scientists decided to examine the data collected by the European Space Agency’s Star Mapping space mission, Gaia.

Gaia’s improved measurements have prompted researchers to recalculate the sizes of other exoplanets believed to be orbiting stars whose size estimates have changed dramatically.

“It was a very large flag,” Niraula said in the statement. “We now have three objects that are no longer planets, and the fourth is probably not a planet.”

Although scientists have identified nearly 5,000 exoplanets so far, the team does not expect many more corrections to existing exoplanet catalogs, according to the statement.

“It’s a small correction,” Shporer said. “It comes from a better understanding of stars, which is only getting better all the time. So the chances of a star’s radius being so incorrect are much lower. These misclassifications won’t happen much. more.”

The conclusions were published on March 15 in the Astronomical Journal.