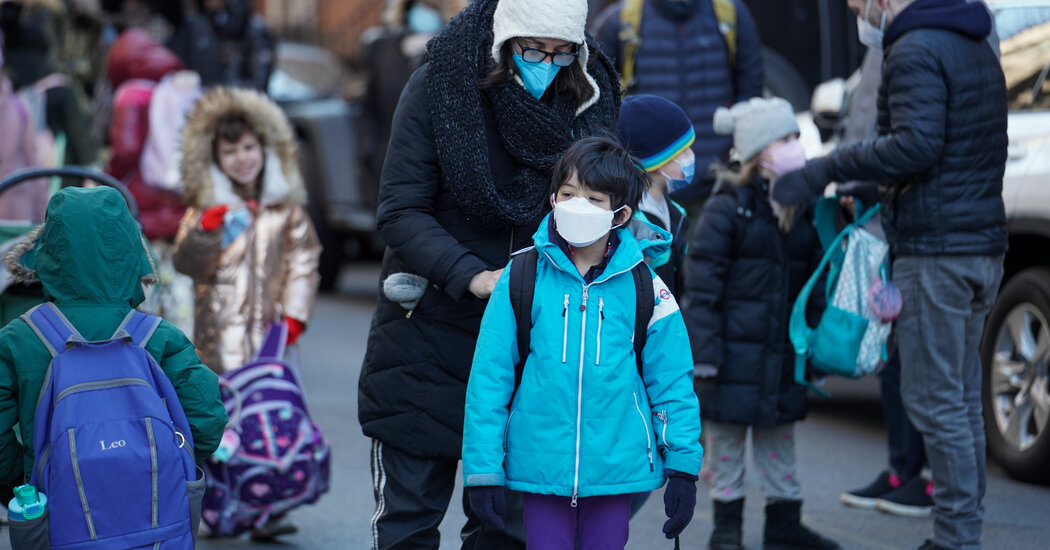 As New York state officials have begun lifting some coronavirus pandemic restrictions, not all residents are happy to see them go, according to a new poll released Tuesday by Siena College. Research Institute.

Forty-five percent of registered voters in the survey said the state should have kept in place its rule requiring masks or proof of full vaccinations in indoor public places, which was recently rescinded. Some 31% said the term should have been finished sooner and 20% said it ended at the right time, according to the poll.

Regarding masks in schools, 58% of respondents said they agreed with Gov. Kathy Hochul’s decision to wait to review virus data for early March before deciding whether to extend. or not the state mandate, while only 30% said they thought the school mask mandate should have ended by now, and 10% said they wanted to see it end after the summer holidays. winter this week.

The poll was conducted from Feb. 14 to Feb. 17 and surveyed 803 registered voters in New York State, with a margin of sampling error of plus or minus 3.9 percentage points. Surveys of registered voters provide a snapshot of political sentiment at any given time, but are less predictive of election results.

Respondents with no children at home were the group most likely to agree with Gov. Hochul’s plan to review March data before acting on the school mask mandate, with 64% saying they supported waiting and visiting. Those with children at home were more evenly split, with 46% saying Ms Hochul should review March data before taking action and 40% saying the term should have ended by now.

Voters were essentially aligned across all demographics except Republicans and conservatives, who said by wide margins the term should have ended by now.

“Waiting to see the data from early March before deciding whether to lift the school mask mandate – as opposed to lifting this mandate as schools meet again next week or wishing it had been lifted before – that’s as well as the majority of New Yorkers would like to proceed,” Steven Greenberg, a pollster from Siena College, wrote in a press release that accompanied the poll.

Ms. Hochul recently let the state policy on indoor masks expire, allowing businesses to stop asking for proof of full vaccination or requiring masks indoors. She made the decision as the spread of the coronavirus slowed in the state. Average daily reports of new cases in New York have dropped 57% over the past two weeks, according to a New York Times database. Hospitalizations fell 47% over the same period.

The measures were similar in New York, where cases have fallen by 55% and hospitalizations by 47% in the past two weeks.