Most European wind plans are in areas with increasing wind speeds 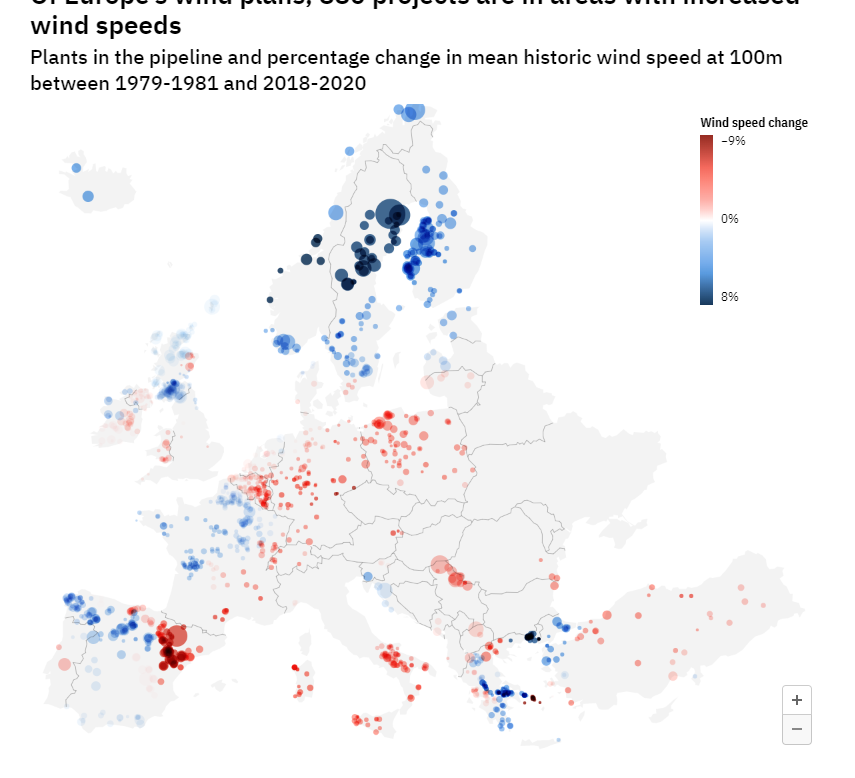 The energy transition is accelerating, with Europe setting a target of 68% renewable energy in the electricity mix by 2030. Around 450 GW of wind power is needed to achieve this target, while only 189 GW was installed at the end of 2021.

Earlier Energy monitor the analysis showed that wind speeds are changing and that understanding these changes is necessary for future investments. While assessments of the impacts of climate change often focus on how they will affect global temperature, the implications go far beyond that.

Renewable energies such as wind and solar power are inherently dependent on the weather. Low European wind speeds in the summer and fall of 2021 affected production to the point that it was partly responsible for the resulting energy crisis.

With an increasingly important role for wind energy in the renewable energy mix, understanding how and where these wind changes occur has important implications for future wind projects and production.

New Energy monitor the analysis shows that there is more onshore wind capacity in the pipeline in areas that show positive historical changes in wind speed. A total of 880 projects with a capacity of about 47,000 MW are in preparation for areas with increased wind speed, compared to a capacity of 25,000 MW in areas with reduced wind speed.

Only considering current wind speeds – and not how climate change might affect them – could disadvantage future energy production and European security of supply.

A 2017 Global Wind Energy Resource Study states that “wind energy resource assessments are generally based on the current climate”, rather than taking into account possible future changes.

Researchers trying to predict how climate change will affect wind speeds in specific locations face difficulties. Their conclusions differ depending on the climate models and scenarios used.

For example, a 2010 study does not predict dramatic changes in wind speed in northern Europe that could affect energy production. However, a 2018 study predicts the opposite: that wind speeds in the northern hemisphere, including Scandinavia, Finland and the UK, will decrease over time.

Despite the lack of consensus, there is agreement that the seasonal variation is significant, with a decrease in wind speed in summer and an increase in winter. Also, extreme weather events will become more frequent and there will likely be more light wind events.

This suggests a need for more storage and backup to ensure security of supply. Beyond that, the researchers recommend dispersing wind farms over a wider geographic area to counter local wind variations and adding more installed capacity to existing locations to build resilience. Above all, they call for more studies of wind speeds. Governments and businesses need more than historical wind data to deliver optimal ROI.