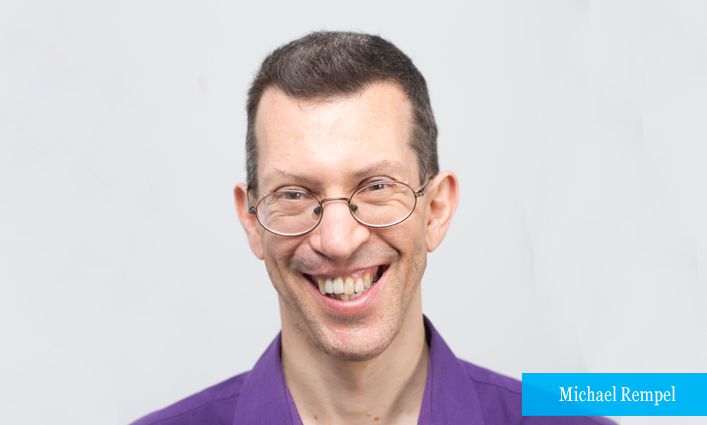 The center provides a database for informed policy decisions

(New York, NY) – The Data Collaborative for Justice (DCJ) at the John Jay College of Criminal Justice is proud to announce Michael Rempel as its new director. Director Rempel joins John Jay after more than twenty years at the Center for Court Innovation where he was most recently Director of Prison Reform.

“I am pleased to welcome Michael Rempel to the John Jay College community. His knowledge and experience in advancing research and policy related to public safety and the criminal justice system provides an excellent foundation for the work he will do at the Data Collaborative for Justice,” said Karol V. Mason, President of John Jay College. “For years, the Data Collaborative for Justice has provided the public, agency leaders and elected officials – both locally and nationally – with research on key public safety topics, from arrest trends to reform from bail to prison populations. I am confident that under Michael’s leadership, DCJ will continue to support safe, just and equitable communities through data and research on system policy, operations and reform. of criminal justice.

After spending 16 years as research director of the Center for Court Innovation, Rempel has recently focused on research and strategic planning related to incarceration reduction in New York City. Among his recent work, he has studied the implementation of New York’s bail reform law and changing trends in its prison population, two topics on which the DCJ has published reports.

“The strength of Data Collaborative for Justice is to serve as a source of rigorous, reliable and non-partisan data analysis,” Rempel said. “My goal is for DCJ to continue to be known for reporting the facts, whatever preconceived ideas they may confirm or deny. I would also like DCJ to be a political partner for the growing number of actors in the inside and outside the criminal justice system that explicitly share goals such as decarceration and racial equity.

“In a short time, the Data Collaborative for Justice has become a prominent advocate for data-driven criminal justice policy reforms in New York City and across the country. The appointment of Michael Rempel as the second director of the DCJ, with his extensive research experience at the Center for Court Innovation, ensures that the DCJ will continue to carry out this essential mission,” said Vice President Travis. “My colleagues at Arnold Ventures and I look forward to continuing to work with Michael and the DCJ team to promote evidence-based policies that advance justice on behalf of the communities we serve.”

“The Data Collaborative for Justice was founded in 2012 with the goal of providing objective and rigorous evidence to advance criminal justice system policies that are safe, fair and just. Under Michael’s leadership, I am confident that the DCJ will thrive and continue to provide essential research to criminal justice actors,” said former director Chauhan.

Rempel’s recent work has moved from a national focus to one in New York. He helped plan and study the city’s early release (6-A) program, launched at the start of the COVID-19 pandemic. His prison reform team recently completed a project with the Independent Commission on Criminal Justice and Incarceration Reform of New York (aka the Lippman Commission) to develop comprehensive recommendations for minimizing prison use. by the city.

“When I was working on the original Lippman Commission report in 2017 that recommended closing the Rikers prisons, I decided it would be more rewarding, and perhaps even more impactful, to focus intensely on New York City” , added Rempel. “Some of the DCJ’s most compelling studies under Dr. Chauhan’s direction have done just that: map a 30-year history of progress in arrest, prosecution, and incarceration practices in our city and state, as well as document the stark racial disparities and adverse effects of system involvement that persist. Joining DCJ is a logical extension of what I was heading towards and I look forward to continuing on this path.

The DCJ is one of several centers housed at John Jay College and has published reports on a wide variety of issues, including marijuana arrests, bail reform, misdemeanor arrests, felony summonses, pedestrians, prison admission and custody trends, and reform assessments. initiatives. Previously known as the Misdemeanor Justice Project, DCJ is also home to the Research Network on Misdemeanor Justice, a partnership of seven locations across the United States.

“We are delighted to have Mike Rempel join the research community at John Jay College. Mike brings a wealth of experience in advancing criminal justice policy, and we look forward to his leading the Data Collaborative for Justice and continuing the innovative work initiated under Preeti Chauhan’s leadership,” said Professor Anthony Carpi, Dean of Research.

About the Data for Justice Collective
The Data Collaborative for Justice (DCJ) at the John Jay College of Criminal Justice is home to a group of research initiatives that raise important questions and share critical research about the criminal justice system and its role in creating safe, just communities and fair. The DCJ conducts data analysis and research on community law enforcement, the adjudication of cases in court, and the use of confinement in jails and prisons. DCJ’s work has informed policy reforms, facilitated partnerships between researchers and government agencies across the country, spurred new scholarly research on lower-level law enforcement, and has been widely quoted in the press. For more information, visit: datacollaborativeforjustice.org.

About John Jay College of Criminal Justice:
An international leader in justice education, the John Jay College of Criminal Justice at the City University of New York is a Hispanic-serving institution and a minority-serving institution offering a rich liberal arts and academic curriculum. professionals to 15,000 undergraduate and graduate students from more than 135 countries. . John Jay is home to colleges and research centers at the forefront of criminal and social justice reform. In teaching, scholarship and research, the College addresses the theme of justice and explores fundamental human desires for fairness, equality and the rule of law. For more information, visit www.jjay.cuny.edu and follow us on Twitter @JohnJayCollege.