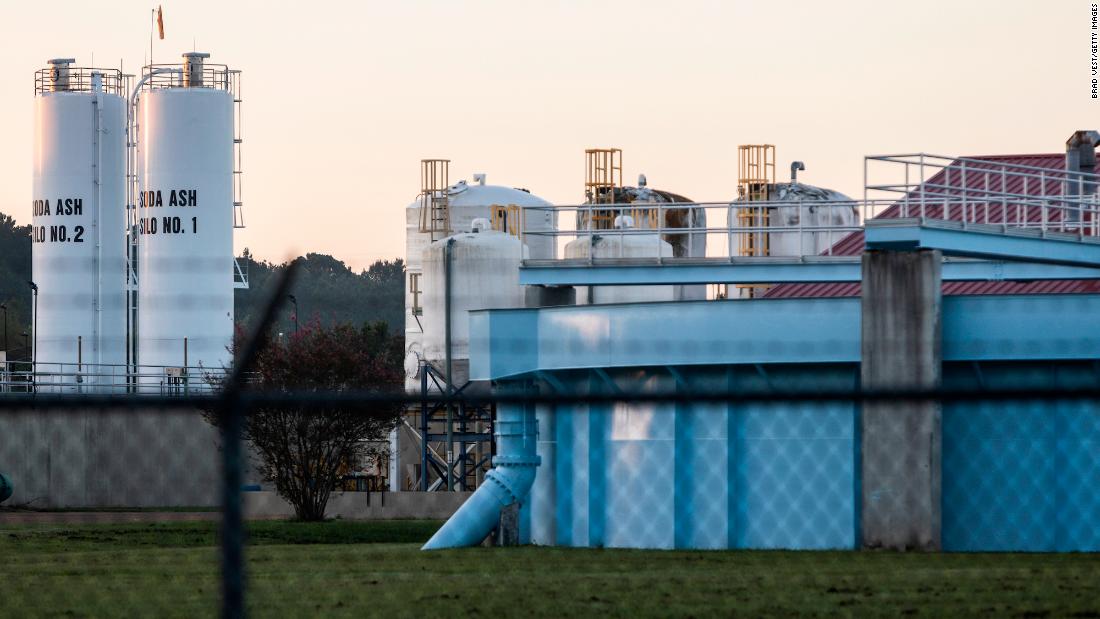 “I can confirm that the EPA Inspector General’s Office has begun sending personnel to Jackson to collect data and conduct interviews,” office spokeswoman Jennifer Kaplan told CNN on Sunday. Similar investigations into the tainted water crisis in Flint, Michigan have led to criminal charges and a slew of lawsuits.
Weeks after the city’s main water treatment plant began to fail, leaving Jackson residents without drinking water, water pressure was restored. But the liquid that comes out of the taps is still not drinkable.
“There are still concerns about the consumption of this water,” Jackson Mayor Chokwe Antar Lumumba said Sunday on CBS’s “Face the Nation,” according to a transcript of the interview.
The city’s boil water advisory, issued more than six weeks ago, means tap water must be boiled before it is used for drinking, cooking, making ice, washing the washing up or brushing your teeth. On Friday, Mississippi Today reporter Molly Minta posted a video dark brown water, she said, flowed from the faucet in her Jackson home.
The current acute crisis began when heavy rains caused the Pearl River to flood, affecting treatment processes after pumps at the main water treatment plant had already been damaged. Residents had to queue for hours to get crates of water for drinking, cooking and even flushing the toilet.
The city’s water problems date back years, and boil water advisories have almost become a reality in Mississippi’s capital. In early 2020, the system failed an EPA inspection, which found drinking water had the potential to harbor harmful bacteria or parasites.

Last year many residents were without water for a month after pipes froze and burst during a storm in February.

The current boil water advisory was issued in late July after cloudy water at the OB Curtis plant was blamed on high levels of the mineral manganese, “combined with the use of lime”, it said. the city. For the advisory to be lifted, water pressure must be maintained and the city needs “two rounds of clear samples,” he said in an update Monday.

“There must be two consecutive days of clear testing (120 samples on both days),” Mississippi State Health Department spokeswoman Liz Sharlot told CNN in an email.

Samples are taken by the EPA, Department of Environmental Quality or the city, she said. A certified laboratory then performs the tests.

“Investigative sampling will continue today to monitor water quality,” the mayor said at a Monday news conference. “The distribution system is not ready for full sampling to clear the boil water advisory.”

“There is some optimism around these investigative samples,” he said. “We are optimistic that we are looking at days, not weeks, before we can expect the boil water advisory to be lifted.”

One of two permanent pumps that had been repaired and reinstalled on Saturday turned out to be in need of more repairs, the mayor said on Monday.

“This does not affect the current plant intake,” the city said in an update Monday.

The two faulty raw water pumps are expected “to arrive on site around the same time”, the mayor said, although it is unclear when that will happen.

Away crews from South Carolina, Michigan and Maryland are on site assisting plant personnel, the mayor said, and crews from Ohio will arrive on Monday.

According to a report from the Mississippi Center for Investigative Reporting that the Clarion Ledger newspaper published in January, Jackson’s water problems are largely systemic – old and leaky pipes, malfunctioning treatment plants and insufficient funds. to solve problems.

Plant staffing was also an issue. EPA staff discovered during a visit in March that the city did not have adequate personnel for the system, which prevented routine and preventative maintenance from being performed.

The city received some $40 million for its water system from the U.S. bailout, but Lumumba said on Sunday it received it in installments, with the “lion’s share” going to repairing and replacing fixtures. critical infrastructure such as water lines and treatment facilities. Eight million dollars of US bailout money was spent on just one tip, he said.

The mayor said last year that the city needed “literally over a billion dollars to replace our entire system.”