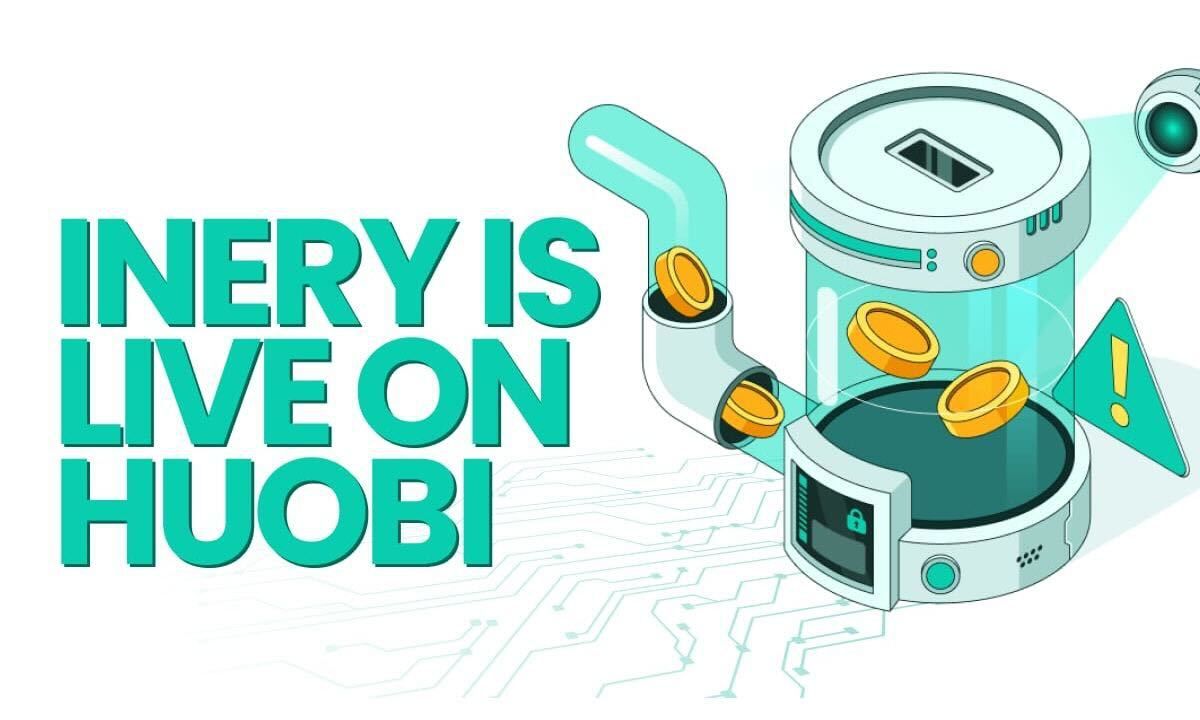 $INR is live on Huobi after successful venture capital rounds and several strategic partnership announcements. Trading officially opened at 13:00 UTC yesterday, September 28, and the project saw its token drop from $0.22 to $0.44 in the first few hours. This listing is an important step for Inery in its journey to revolutionize the way data is managed on the decentralized Web.

Inery, a decentralized data system designed to enable a new data management paradigm, has been listed on Huobi Exchange, one of the world’s leading crypto exchanges, supporting over 1000 trading pairs and over 600 crypto- currencies. This will help spread Emery’s vision to markets and engage more people in his mission to reshape the world through the paradigm shift in data management.

Inery Decentralized Data System will allow users to read, write, delete and control their data, ushering in a new decentralized and secure Internet era, where data loss and misuse will no longer be an issue. With a proprietary blockchain running on MEM (memory) nodes, Inery can ensure this while adding a level of encryption to ensure data privacy.

Designed not only to provide an upgrade to Web3, but also to be more environmentally friendly and cost-effective, Inery is a project offering real-world use cases for individuals, businesses and governments in the field of health, GameFi, finance, etc. .

The $INR token is the network’s native token, used to secure and strengthen the Inery ecosystem.

The listing comes after Inery has had successful investment rounds, where it has seen VCs like Global Emerging Markets (GEM) invest $50 million. Other venture capitalists to join Inery include Metavest, which invested at a valuation of $128 million, Nebulous Holdings AG, Zazen, Menas Global, Cap Lion Point and Truth Companies.

In recognition of its achievements, Inery has already received prestigious blockchain awards. It was recently acclaimed as “Best Emerging Blockchain Solution” at the 2022 Leaders in Fintech Awards, and its CEO, Dr. Naveen Singh received the “Blockchain Leader of the Year” award at the prestigious GB Tech Awards.

Inery is also one of the few projects that launched a public testnet in August before listing. Its successful testnet version with more than 160 nodes allowed developers to test the various functions and features of its blockchain. With feedback received, it will move forward with its mainnet, which is expected to launch in Q1 2023.

INR is currently live on Huobi with the INR/USDT trading pair. The token reached a trading volume of INR 1.2 million. It was launched at a price of $0.22 and is trading at $0.43. Withdrawals begin tomorrow, September 29, at 1:00 p.m. (UTC).

During the first month of $INR trading on Huobi, traders can provide liquidity in staking pools for staking rewards and transaction fees. Traders can also benefit from INR trading competitions to earn rewards in prize pools during the same period. Apart from staking campaigns and trade competitions, they will hold KOL competitions. Follow Inery’s announcements on Twitter and Discord to stay up to date.

Inery is a layer 1 blockchain solution that provides a decentralized, secure and transparent foundation for data decentralization and management. Inery envisions a paradigm shift in data and database management by integrating blockchain technology and distributed database synergies.