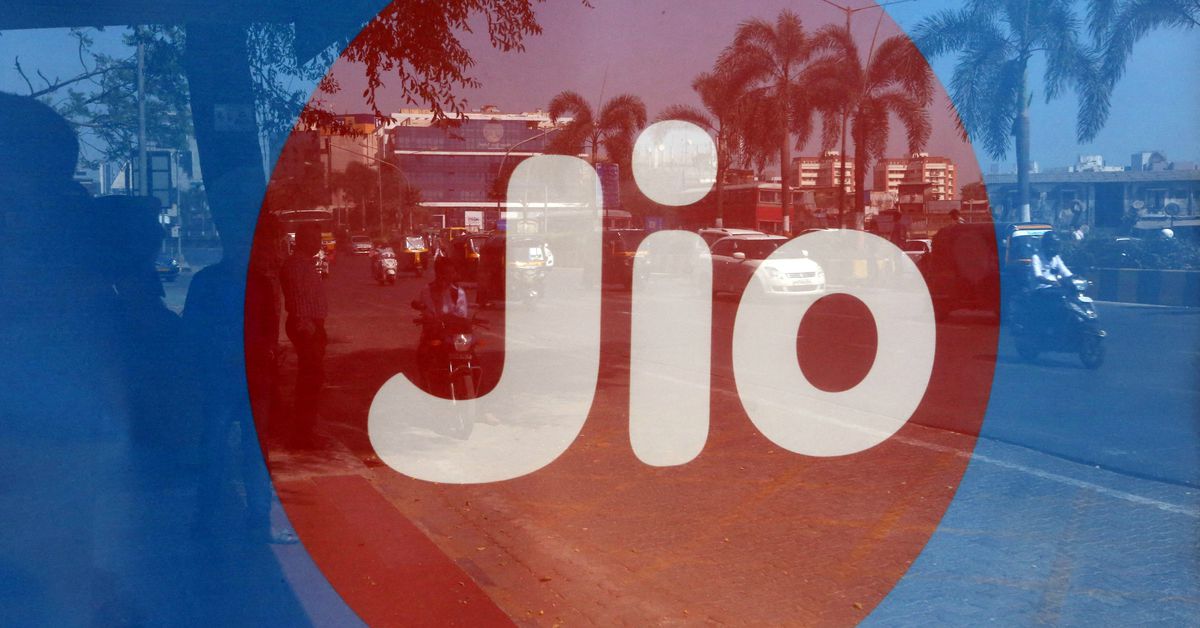 Commuters are reflected in an advertisement for the Jio telecommunications unit of Reliance Industries, at a bus stop in Mumbai, India, February 21, 2017. REUTERS/Shailesh Andrade

Speaking at the company’s annual general meeting, Reliance Chairman Mukesh Ambani said Jio’s 5G network will be the largest in the world, launched in major cities including New Delhi and Mumbai, before to be rolled out across India by December next year.

“Jio has prepared an ambitious 5G rollout plan,” the billionaire tycoon said, adding that the phone being developed with Google would be “ultra affordable.”

5G data speeds in India are expected to be around 10 times faster than 4G, with the network seen as vital for emerging technologies such as self-driving cars and artificial intelligence.

Jio, India’s largest mobile operator with more than 420 million customers, scooped up airwaves worth $11 billion in a $19 billion 5G spectrum auction earlier this month -this.

The aggressive 5G strategy builds on Jio’s playbook of disrupting the Indian telecom market, having sparked a price war in 2016 when it launched cheap 4G data plans and free voice services, then a 4G smartphone costing only 81 dollars, still in partnership with Google.

Reliance said it would partner with Qualcomm Inc (QCOM.O) to provide cloud-based 5G network solutions for enterprises, and Meta Platform Inc (META.O) for its JioMart shopping integration on WhatsApp . He also announced a foray into private 5G networks.