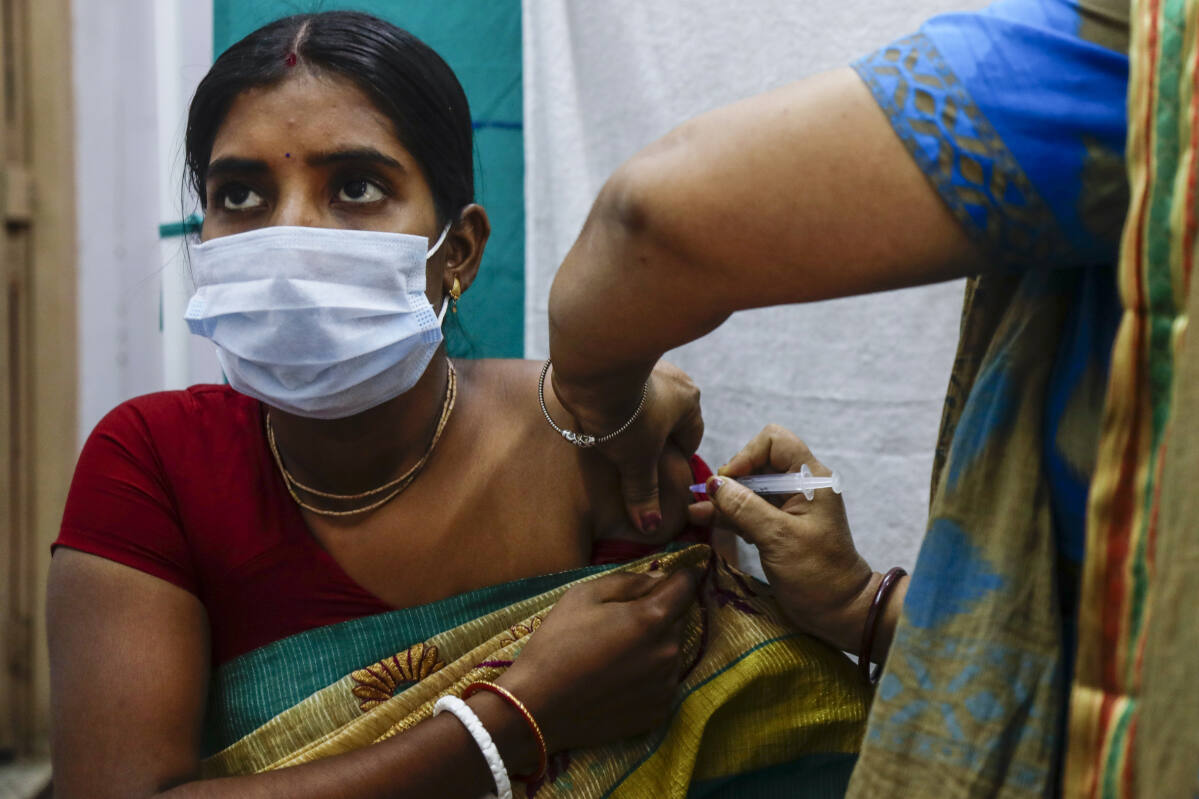 India brought in a large team to review the analysis of the WHO data, she said, and the agency was happy for the team to do so, as it wanted the model to be as transparent as possible. possible.

India’s work on vaccination has been praised by experts around the world, but its public health response to COVID-19 has been criticized for being overconfident. Modi boasted in January 2021 that India had “saved humanity from a great disaster”. A few months later, its Minister of Health declared that the country was “in the final stage of COVID-19”. Complacency has set in, leading to missteps and attempts by officials to silence critical voices within elite institutions.

Then, in April 2021, a devastating second wave hit. Hospitals had to turn away patients and oxygen ran out. But many deaths have not been counted.

Science in India has been increasingly politicized during the pandemic. In February, India’s junior health minister criticized a study published in the journal Science that estimated the country’s death toll from COVID-19 was six to seven times higher than the official number. In March, the government questioned the methodology of a study published in The Lancet which put the death toll in India at 4 million.

“Personally, I’ve always thought science should be answered by science,” said Bhramar Mukherjee, a professor of biostatistics at the University of Michigan’s School of Public Health, who has worked with the WHO to examine the data. “If you have an alternative estimate, which is based on rigorous science, you just have to produce it. You can’t just say, ‘I’m not going to accept it.’ ”

India has not submitted its total mortality data to the WHO for the past two years, but the organization’s researchers used figures collected from at least 12 states, including Andhra Pradesh, Chhattisgarh and Karnataka, which experts say show at least four to five times more. deaths from COVID-19.

Jon Wakefield, a professor of statistics and biostatistics at the University of Washington who played a key role in building the model used for the estimates, said a first presentation of WHO global data was ready in December.

“But India was not happy with the estimates. We then did all kinds of sensitivity analyses. The document is actually much better because of that expectation, because we went too far in terms of model checks and did everything we could given the data available,” Wakefield said. “And we’re good to go.”

The figures represent what statisticians and researchers call “excess mortality” – the difference between all deaths that have occurred and those that should have occurred under normal circumstances. WHO calculations include those deaths directly from COVID-19, deaths of people due to conditions complicated by COVID-19, and deaths of those who did not have COVID-19 but needed medical treatment. treatment they couldn’t get because of the pandemic. The calculations also take into account expected deaths that did not occur due to COVID-19 restrictions, such as those from traffic accidents.

Calculating excess deaths globally is a complex task. Some countries closely tracked mortality data and provided it promptly to WHO. Others provided only partial data and the agency had to resort to modeling to complete the picture. And then there are a large number of countries, including almost all of those in sub-Saharan Africa, that do not collect death data and for which statisticians have had to rely entirely on modelling.

Asma of the WHO noted that 9 out of 10 deaths in Africa and 6 out of 10 globally go unrecorded and more than half of the countries in the world do not collect accurate causes of death. That means even the starting point for this kind of analysis is a “rough estimate,” she said. “We have to be humble about it and say we don’t know what we don’t know.”

To produce mortality estimates for countries with partial or no data on deaths, experts in the advisory group used statistical models and made predictions based on country-specific information such as containment measures, historical disease rates, temperature and demographics to assemble national figures and, from there, regional and global estimates.

Apart from India, there are other major countries where the data is also uncertain.

Russia’s Health Ministry had reported 300,000 COVID-19 deaths by the end of 2021, and that’s the figure the government gave the WHO. But Russia’s national statistics agency, which is fairly independent of the government, found an excess death toll of more than a million people – a figure believed to be close to that of the WHO project. Russia objected to the figure, but made no effort to delay releasing the data, members of the group said.

China, where the pandemic began, does not publicly release mortality data, and some experts have raised questions about underreporting of deaths, particularly early in the outbreak. China has officially reported fewer than 5,000 deaths from the virus.

Although China has effectively kept case numbers well below most countries, it has done so in part thanks to some of the world’s strictest lockdowns – which have had their own effect on the public health. One of the few studies to examine excess mortality in China using internal data, conducted by a group of government researchers, showed that deaths from heart disease and diabetes increased in Wuhan, China, during the two-month lockdown of this city. The researchers said the increase was most likely due to the inability or reluctance to seek help in hospitals. They concluded that the overall death rate in Wuhan was about 50% higher than expected in the first quarter of 2020.

India’s efforts to block the release of the report make it clear that pandemic data is a sensitive issue for the Modi government.

“This is an unusual step,” said Anand Krishnan, professor of community medicine at the Indian Institute of Medical Sciences in New Delhi, who also worked with the WHO to review the data. “I can’t remember a time when he did that in the past.”

Ariel Karlinsky, an Israeli economist who built and maintains the World Mortality Dataset and who has worked with the WHO on the figures, said they challenge governments when they show high excess deaths.

“I think it’s very reasonable for people in power to fear those consequences,” Karlinsky said.