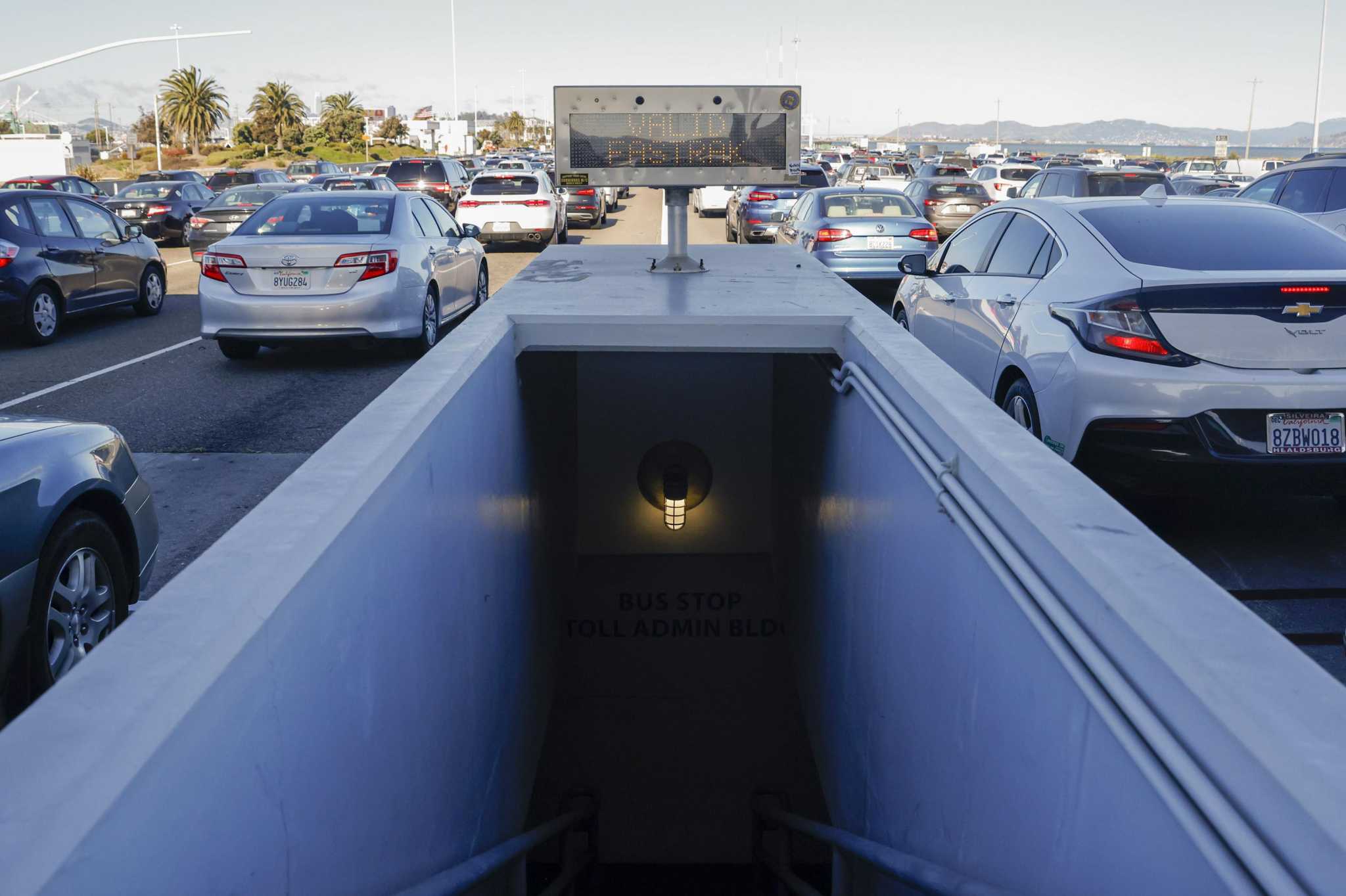 Soaring temperatures will bake the Bay Area this Labor Day weekend, but there’s one thing that likely won’t increase with the potential record heat – weekend traffic.

That’s because the Bay Bridge and other bridges in the area historically see “some of the lowest overall traffic volumes” of the year over the holiday weekend, according to John Goodwin, spokesman for the Metropolitan Transportation Commission.

According to toll data, about 18,000 fewer cars passed through Bay Bridge toll booths during last year’s four-day holiday weekend compared to subsequent weekends. Labor Day weekend traffic lulls are one of the reasons it was chosen as the timing of full or partial Bay Bridge closures for past construction and maintenance work, Goodwin said. in an email.

Still, weekend travelers should expect increased traffic Friday at the Carquinez and Benicia-Martinez bridges, as well as additional traffic jams from noon through evening on freeways exiting the Bay Area, keeping people away for the long weekend. Travelers should also expect traffic disruptions in the Bay Area on Monday, Goodwin said.

Traffic from the Bay Area to Lake Tahoe typically picks up on three-day weekends, and “I wouldn’t be surprised to see more people looking to escape” there as inland parts in the region are bracing for triple-digit heat, said Raquel Borrayo, a Caltrans spokeswoman.

Interstate 80 and Highway 50 typically experience longer travel delays on Thursday afternoons as people seek to get ahead of their trips to Tahoe, Borrayo said, and Monday afternoon expects westbound traffic congestion to be high.

Although several Bay Area transit agencies have said they typically see similar drops in ridership over the holidays, area trains and buses could provide some respite for riders looking to escape the heat. However, some operators, such as Muni, will operate on Monday with reduced hours.

AC Transit’s fleet of 520 coaches is equipped with heating and air conditioning “for the comfort of our passengers and frontline employees, regardless of the weather,” spokesman Robert Lyles said.

BART trains are equipped with air conditioning that can cool the cars to 73 degrees if the outside temperature exceeds 95 degrees, spokesman Chris Filippi said. The rail system generally sees no noticeable change in ridership related to heat wave temperatures, Filippi said, although BART has anticipated the potential impacts that extreme heat can bring to the system.

In late June, BART experienced what was potentially its first-ever heat-related derailment after temperatures on inland East Bay train tracks soared above 140 degrees. Fifty passengers had to be evacuated during the rush hour journey.

“Since the derailment, BART has implemented a policy to enforce speed restrictions for trains in areas of the system that may be more susceptible to heat-related impacts,” Filippi said in an email. “This policy applies when temperatures in these areas are expected to exceed 100 degrees Fahrenheit. We are also looking at ways to strengthen our track inspections during excessive heat events.

While Filippi said BART tends to see ridership drop on holiday weekends, more people may turn to BART trains for travel on Labor Day weekend as fares are reduced by half this month to celebrate BART’s 50th anniversary.