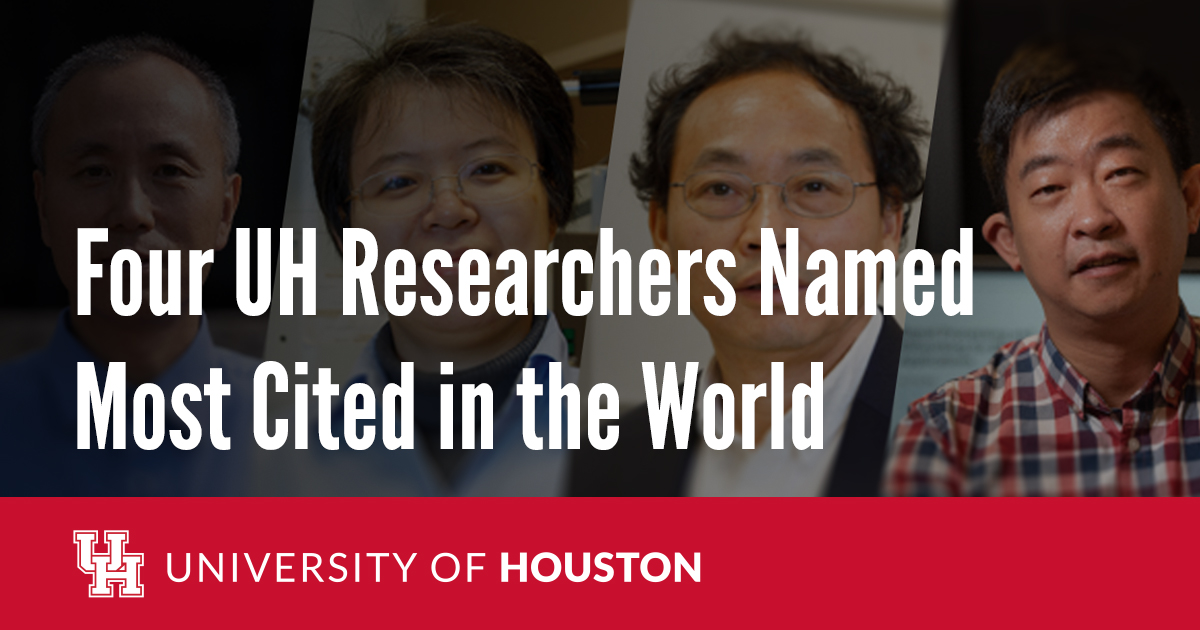 Four University of Houston scientists have been recognized among the world’s elite researchers for the significant and far-reaching influence of their scientific work. Clarivate’s annual list of Highly Cited Researchers includes global researchers and social scientists whose published academic papers rank in the top 1% of citations for the field and year of publication.

The Clarivate Institute for Scientific Information performed the data analysis to determine the influential global researchers on this year’s list. Their names are taken from the Web of Science™, a publisher-independent global citation database.

“The important and timely scientific research conducted at the University of Houston plays a vital role in improving the quality of life and driving economic development. I applaud our researchers for their influential and impactful work in their respective fields and I look forward to what they find out next,” said Claudia Neuhauser, UH’s acting vice president for research.

Ren, Chen and Bao are co-principal investigators of TcSUH. Ren’s research area includes high performance thermoelectric materials, ultra-high thermal conductivity and carrier mobility in boron arsenide single crystals, nanomaterials for oil recovery, catalysts for evolution reactions hydrogen and oxygen, heated HEPA filters for air cleaning, superconducting levitating fast vehicles for mass transportation, and energy transmission and storage. According to the Web of Science Author Profile, Ren has an H-Index of 94 and 46,951 citations. H-Index is a metric that measures both the productivity and citation impact of publications.

Chen has been cited 18,000 times with an H-index of 65 in the research field of materials science. She is an expert in transmission electron microscopy and in nanomaterials for the conversion and storage of thermal and electrochemical energy.

Bao has been cited 15,656 times and has an H-index of 58. His work spans nanomaterials, biomedical sensing and therapeutics, energy harvesting and storage, optoelectronics and photonics.

“Research fuels the race for knowledge, and it is important that nations and institutions celebrate the individuals who drive the wheel of innovation,” said David Pendlebury, head of research analysis at the Institute. for Scientific Information by Clarivate. “These people are helping to transform human ingenuity into our world’s greatest breakthroughs – and it’s an honor to celebrate their accomplishments.”