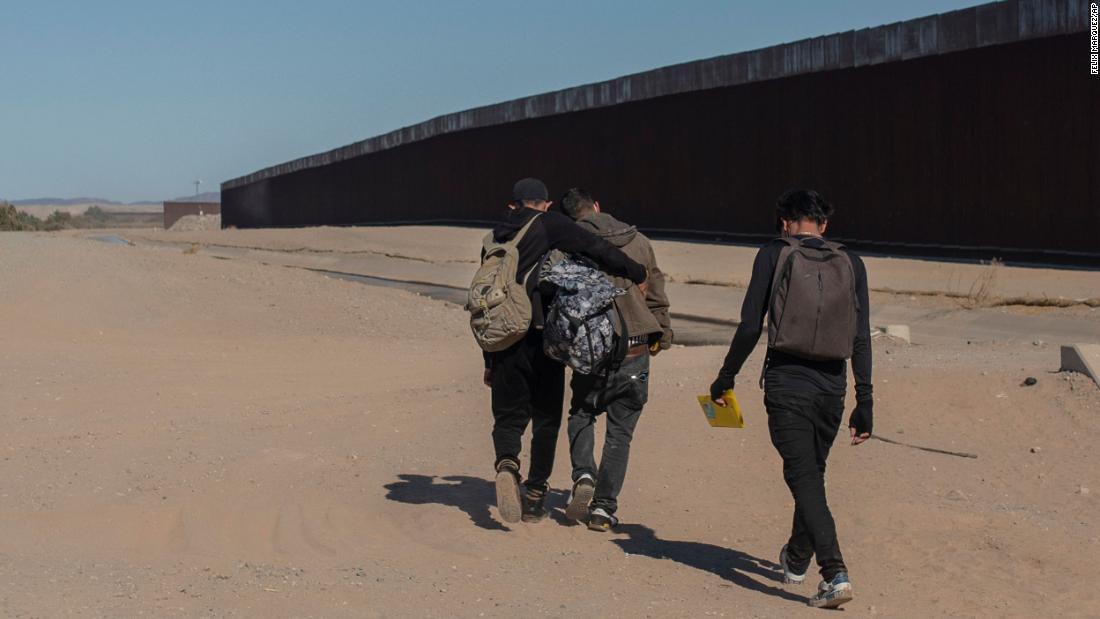 Since taking office, President Joe Biden’s administration has continued to rely on Title 42, a public health authority invoked at the start of the coronavirus pandemic that allows border officials to turn back migrants at the border. Mexican-American.

In early April, however, the US Centers for Disease Control and Prevention announced its intention to end the order. The CDC said at the time that was no longer necessary given current public health conditions and the increased availability of vaccines and treatments for Covid-19. The decision drew an outpouring of criticism from Republicans and Democrats amid heightened concerns about a wave of migrants when the authority is lifted.

But with days to go until Title 42 ends this month, Western Louisiana District Court Judge Robert Summerhays found the Biden administration failed to follow the correct procedures to end the authority and argued that even if the administration could invoke action under emergency conditions, these may not apply with respect to its termination.

“Put simply, the CDC has not explained how current circumstances prevented it from issuing the termination order through the notice and comment process required under the APA,” Summerhays wrote. , referring to the Administrative Procedure Act.

Termination of Title 42, the judge concluded, is not exempt from the notice and comment process, which can potentially take months. The public health authority, which has been heavily criticized by immigrant advocates, will remain in effect for the time being.

“The decision is flawed, inconsistent with the considered judgment of the CDC, and should be immediately appealed by the administration. The lawsuit is the height of hypocrisy; the states that brought it only seem to want COVID restrictions in regarding asylum seekers,” he said in a statement.

“Notwithstanding this injunction, a parallel DC injunction prohibits the use of Title 42 to evict families who would be at risk of persecution or torture,” Gelernt added.

“The Centers for Disease Control and Prevention (CDC) has invoked its authority under Title 42 because of the unprecedented dangers to public health caused by the COVID-19 pandemic. The CDC has now determined, in its notice of expert, that continued reliance on this authority is no longer warranted in light of current public health circumstances. This decision was a lawful exercise of CDC authority,” Coley said in a statement.

In the meantime, she said, the Department of Homeland Security “will continue to plan for the eventual lifting of Title 42 in light of the CDC’s public health judgment.”

Arizona Attorney General Mark Brnovich, a Republican who was among the states suing the Biden administration over its decision to end Title 42, called Friday’s decision a “huge victory.” on Twitter.
“Title 42 is confirmed by a federal judge,” wrote Brnovich, who is seeking a U.S. Senate seat in his state. “Our office will continue to do everything in its power to combat the anarchy of the Biden administration.”

The decision stems from a lawsuit filed by Arizona, Louisiana and Missouri in April against the Biden administration’s decision to end Title 42. More than a dozen states, mostly led by the GOP, then joined the chase.

Last week, Summerhays heard arguments in the case in a hearing lasting more than two hours, largely focusing his questions on the harm to states and whether the administration followed proper procedures, noting that emergency conditions have changed, potentially allowing for outside input. Summerhays had previously temporarily blocked the administration from ending the public health order before the termination date.
At the start of the coronavirus pandemic, the CDC issued the public health order, which officials said was intended to stop the spread of Covid-19. The order allowed authorities to quickly deport migrants at US land borders, and it has been extended several times. The policy is widely known as Title 42, for the part of the US code that allowed the director of the CDC to issue it.
The border restrictions have been controversial from the time the Trump administration announced them. Immigrant rights advocates have argued that authorities are using public health as a pretext to prevent as many immigrants as possible from leaving the country. Public health experts also criticized the policy, saying it was not justified by the circumstances.
Under Title 42, authorities have deported migrants at the U.S.-Mexico border more than 1.9 million times in just over two years, according to U.S. Customs and Border Protection data. The US asylum system effectively came to a screeching halt, with migrants who claimed to be fleeing persecution barred from claiming their rights – what US and international law says they should be given the opportunity to do.

Migrants encountered under Title 42 are either deported to their countries of origin or to Mexico, where human rights defenders say they have documented numerous abuses.

This story was updated with additional details on Friday.