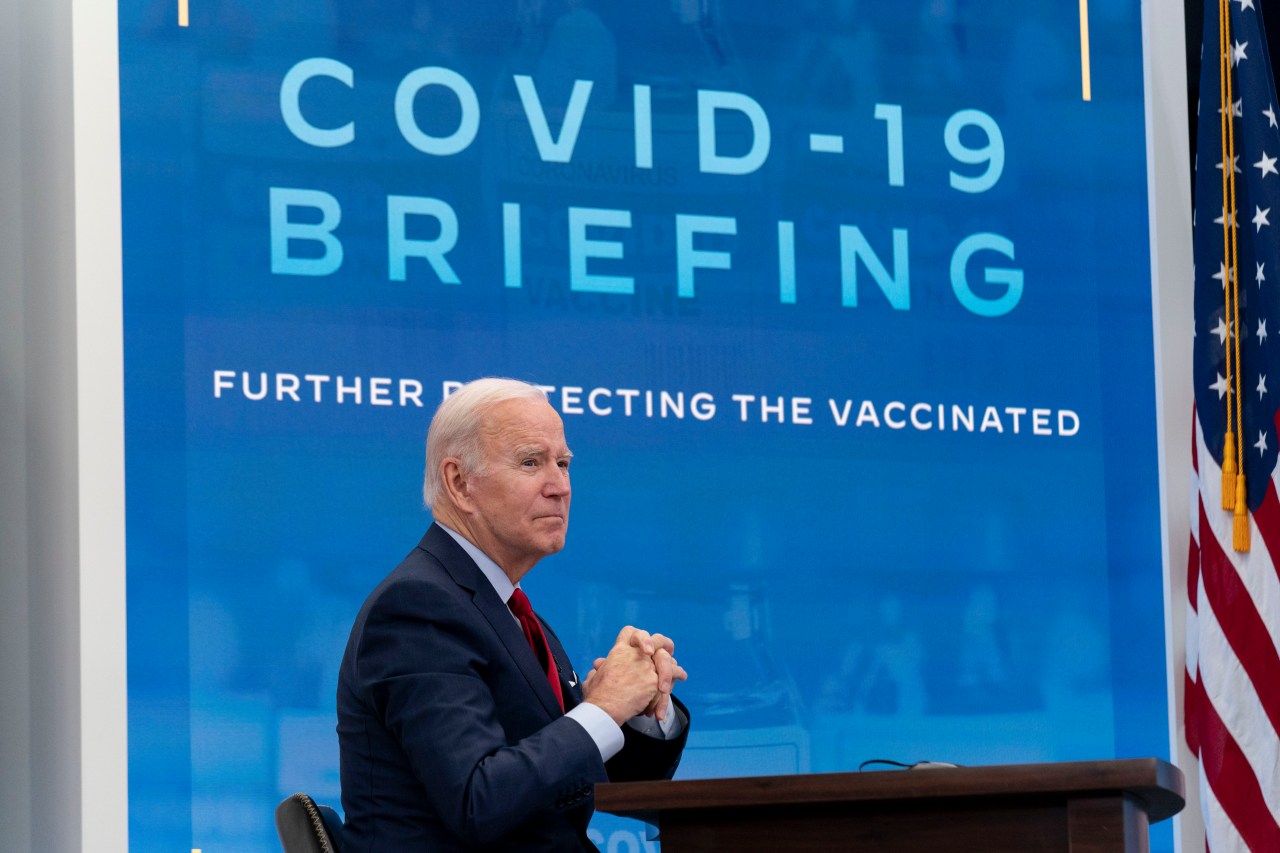 Some agencies are planning to send warning letters of possible suspensions to employees who have not followed the mandate. Many are also ready to fire employees who break the rule, although such measures are later.

Compliance rates are high across the federal government, and agencies say they don’t expect suspensions or layoffs to cause disruption.

In November, the White House asked agencies to suspend tougher sanctions until after the New Year and to focus on education and counseling for those who failed to live up to the mandate. Now, the Office of Management and Budget (OMB) says agencies can move forward with more stringent measures at their discretion.

“Agencies continue to move the process forward, including taking progressive disciplinary action where necessary,” an OMB spokesperson told The Hill.

The current rate of federal government-wide mandate compliance is unclear as some agencies did not provide up-to-date data when they were reached by The Hill, but several agencies said they have made progress since the November deadline by advising employees who had not received their injections.

The battle for the National Guard’s vaccination mandate rages on

The departments of Treasury, Transportation and Agriculture as well as the General Services Administration, Social Security Administration and the Nuclear Regulatory Commission are all expected to start suspending employees who fail to comply with the mandate in the coming weeks.

Agencies haven’t set specific deadlines for notifying employees of suspensions, but experts expect them to act relatively quickly given that four months have passed since Biden announced the rule.

The federal government employs a sprawling workforce, and vaccine policy impacts most of its 3.5 million workers. Health experts see the federal mandate as powerful, especially since Biden’s other vaccine mandates, for big business and healthcare workers, are linked to legal proceedings.

Conservative members of the Supreme Court appeared skeptical about Biden’s COVID-19 vaccine or test mandate for private sector companies with 100 or more employees on Friday and questioned whether the administration had the legal authority to politics.

“This is very important because the federal workforce is huge and stretches across the country and not just Washington, DC. It also, I think, sets the tone for cities and states to do it for their own public service employees and ultimately encourage private sector companies to do it, ”said Lawrence Gostin, professor of public health law at Georgetown University.

“If the federal government can show that this can be implemented transparently without much hindsight and without many people leaving the workforce, it will encourage cities and states as well as the private sector to follow suit.” , Gostin said.

Although the vast majority of employees across government have complied with the mandate, the most recent data suggests that at least a few thousand employees have not received the vaccine or presented a valid medical or religious exemption from politics.

As of that week, the White House and the Department of Education had both achieved full compliance, the first known agencies to do so.

At the Department of Education, approximately 3,900 employees have received at least one dose of a vaccine or have an exception pending or approved. The department also has a 97 percent vaccination rate, which includes only employees who are vaccinated with the first and second dose.

A spokesperson for the Ministry of Transportation also said the ministry “has seen greater compliance after the education and counseling steps completed in December and the next steps in the application process will involve brief warning letters. suspensions for the few people who are still not in compliance “.

Other agencies have larger numbers of unvaccinated workers who violate Biden’s mandate.

Just under 98% of the 75,955 permanent employees of the Department of Agriculture comply with the mandate, which means that around 1,587 employees face potentially more drastic advice and action.

With a 99% compliance rate, nearly 960 of the 95,800 Treasury Department employees are unvaccinated and have no pending or approved exceptions.

When joined by The Hill, several agencies insisted they did not expect any suspensions or layoffs due to the vaccine’s mandate to negatively impact critical government operations.

“The federal government has a lot of experience in ensuring that operations continue even in the face of workforce disruptions,” said Gostin, who highlighted preparations for government shutdowns and extreme weather conditions. . “The important thing is to make sure that the disruption is minimal.