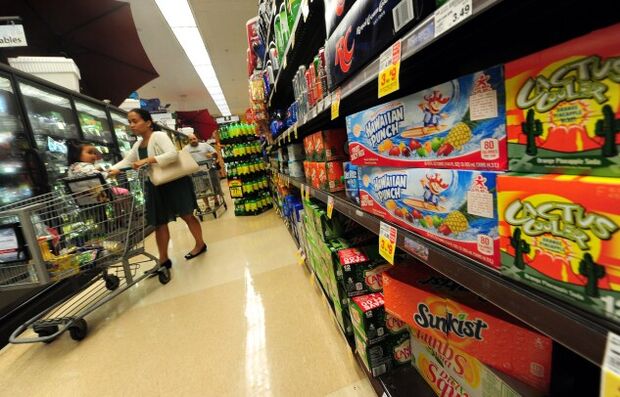 The food industry is sounding the alarm over an as-yet-unannounced plan that could change package labeling, with companies warning they would oppose new mandates.

The Biden administration has ordered the Food and Drug Administration to devise a labeling system on the front of food packaging. Such labels could help consumers make better nutritional choices as diet-related illnesses are on the rise and more than 40% of Americans are obese, according to nutrition and consumer advocates.

Current industry rules require nutritional information, such as serving size and sodium, to be printed on the back of food packaging. The nutrition label was last updated in 2016, after more than 20 years, to make changes such as fat calorie counts and disclosure of added sugar amounts. Food companies want the placement of this nutritional information to remain voluntary. They warn that requiring new labeling could drive up consumer prices even further in times of inflation.

“The skull and crossbones attempt to scare consumers away from certain types of products, or take away that consumer autonomy to make the right choices for them and their families, is something that concerns us,” said Sarah Gallo, vice president of product policy for the Consumer Brands Association, which includes major food companies such as PepsiCo. Inc. and General Mills Inc. among its members.

The FDA has yet to develop a concrete plan for front-of-package labeling, but an agency spokesperson said it plans to expand its research on the topic, examine other countries’ systems and to convene focus groups to gauge what consumers think of the labels. Other countries have enforced the change in recent years, with Mexico in 2020 adopting a stop sign icon indicating when foods contain excessive amounts of nutrients such as sugar and fat.

The White House summit on hunger, nutrition and health in September produced a long list of policy recommendations. The FDA last month announced plans to change the criteria companies can use to label their foods “healthy,” underscoring the nutritional community’s focus on the risk of added sugars and less on fat content.

An industry-wide change to food labeling criteria would affect more products, and consumer advocates say it could have a greater impact on Americans’ dietary intake.

“The language is a little tentative, but it’s certainly more than we’ve heard so far,” said Peter Lurie, president of the Center for Science in the Public Interest, adding that he was encouraged by the agency’s plan to assess the front-of-package labeling. The consumer advocacy group and other organizations in August called on the FDA to mandate front-of-package labels that provide context for nutrient amounts in foods — for example, a brand of warning when a snack contains too much sodium.

More than half of consumers said front-of-package labels influence their dietary decisions in an International Food Information Council survey, and more than 20% said they had an impact significant. But not all labels on the front of the package are the same. Lurie is wary of food labels that list certain nutrient numbers without including context to tell consumers when they might be consuming too much.

Industry groups have devised a voluntary label called Facts Up Front, which many companies, including Kellogg Co. and The Coca-Cola Co., are already using. The system allows companies to place nutrient amounts for calories, saturated fat, sodium, sugars and other nutrients on the front of a food package. Food companies argue that the voluntary program should suffice.

“We worked with the FDA at the highest level, as well as White House leaders under the Obama administration to develop a system,” said Jennifer Hatcher, IMF public policy manager, The Food Industry Association. Industry groups have also developed digital labels, where customers can see more detailed nutrition information on the Internet, Hatcher noted.

The Facts Up Front style guide was recently updated to include added sugars. This highlights the benefits of a voluntary, industry-led approach to front-of-package labeling, said Gallo of the Consumer Brands Association.

“We’re a little more nimble and we move a little faster than the agency itself,” Gallo said.

Lurie rejected the idea of ​​a voluntary change from putting nutrition information on the back of a pack, to the front.

“You don’t get any interpretation, and it’s voluntary,” he said. “So we think it’s not an adequate type of intervention.”

What many consumer groups want — an interpretative label with something like a traffic light or a stop sign to warn people of certain snacks — is met with fierce opposition from big food companies.

Forcing the hand of business would impose costs because food prices are already skyrocketing, said Jason Culotta, president of the Midwest Food Products Association. Grocery prices jumped 13% in September from a year ago, according to data released last week by the Bureau of Labor Statistics.

Culotta said his trade group, which primarily includes canned and frozen food processors, is concerned about forcing companies to comply with yet another labeling change, having already changed under the new 2016 label. from the FDA.

An FDA mandate could also face legal challenges from the companies. Gallo said the Consumer Brands Association would analyze the legal ramifications of such a change, including whether the agency had the power to force it.

The FDA needs to consider potential free speech challenges when drafting its rule, said Jennifer Pomeranz, a public health attorney and assistant professor at New York University. Food companies have used the First Amendment to oppose forced disclosures in the past, and such an argument could be made if the FDA requires some type of labeling. In 2012, cigarette companies won a major court case challenging certain health labels using similar free speech arguments.

To contact the reporter on this story: Maeva Sheehey in washington at [email protected]