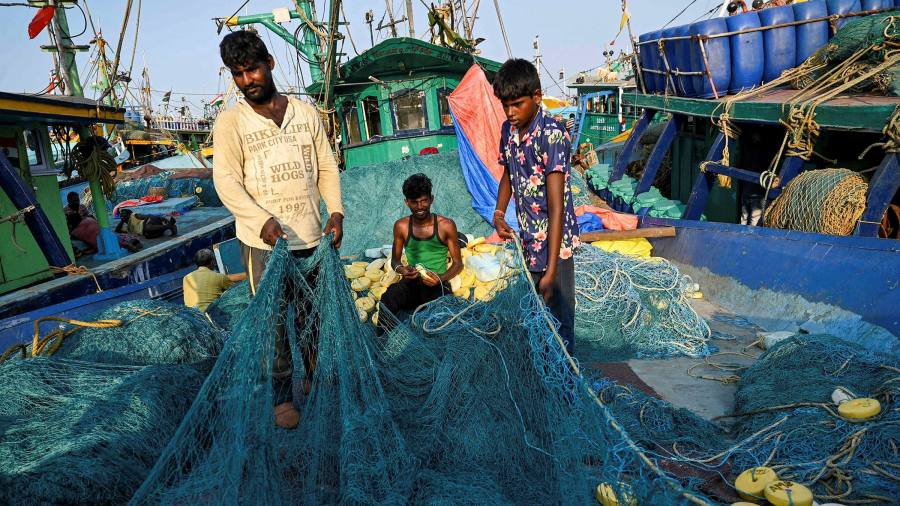 The EU will this week propose new rules that would allow it to impose trade sanctions on countries that have breached labor rights and climate change terms in bilateral agreements with the bloc.

Valdis Dombrovskis, European Commissioner for Trade, said in an interview that he wants to put “sustainability at the heart of trade policy” by improving the application of trade and sustainable development (TSD) clauses in agreements.

Dombrovskis said the fisheries deal marked “a real turning point” after 21 years of talks. “Sustainability has moved from a sideshow to a central place in global trade. This shows that there is now a greater will on the part of the global community to tackle these issues.

The EU has included SDTs in all trade agreements since 2009, but has rarely used them to force trading partners to change their domestic policies. “We will introduce our new approach to sustainability chapters in our bilateral trade agreements, including strengthening the application and implementation of sustainability commitments,” Dombrovskis said.

They will include stricter enforcement of TSDs in new trade agreements and the ability to impose sanctions such as tariffs if countries breach “fundamental provisions”, according to people briefed on the plan. These core provisions are in line with International Labor Organization and Paris Agreement standards to reduce carbon emissions, the people said.

The EU is finding it increasingly difficult to ratify trade deals in all 27 member states without heeding fears they could cause environmental destruction or labor abuses as partners increase production to meet EU demand.

Brussels brokered a deal with South American trading bloc Mercosur, which includes Brazil and Argentina, but several EU countries refused to ratify it until Brazil signed a side letter promising to protect the Amazon rainforest.

“If we want to do more bilateral trade deals . . . we need to strengthen sustainability commitments,” Dombrovskis said.

However, both parties to any trade deal would have to agree to EU terms. The first big challenge could come from talks with India, known as a tough negotiator, which restarted on Friday after a decade.

A proposed deal with New Zealand is largely complete and would not be affected.

Dombrovskis said the WTO ministerial conference in Geneva last week had put “multilateralism back on track”.

Along with a plan to make it easier for poorer countries to manufacture cheap copies of Covid vaccines, trade ministers agreed to limit food export restrictions to tackle global food shortages. They also temporarily extended duty-free trade of digital goods such as movies, software and computer data,

“When the world faces a host of acute challenges, tougher and better global rules are more important than ever,” the trade commissioner said.

The EU is increasingly using its power as the world’s largest trader to change policies in developing countries. Earlier this year, he proposed imposing tariffs on countries that block the return of deported migrants.

But the EU’s use of trade to export its values ​​globally has already met with resistance. Jair Bolsonaro, Brazil’s populist president, told Berlin in 2019 to “reforest Germany” when he said he was failing to protect the Amazon.