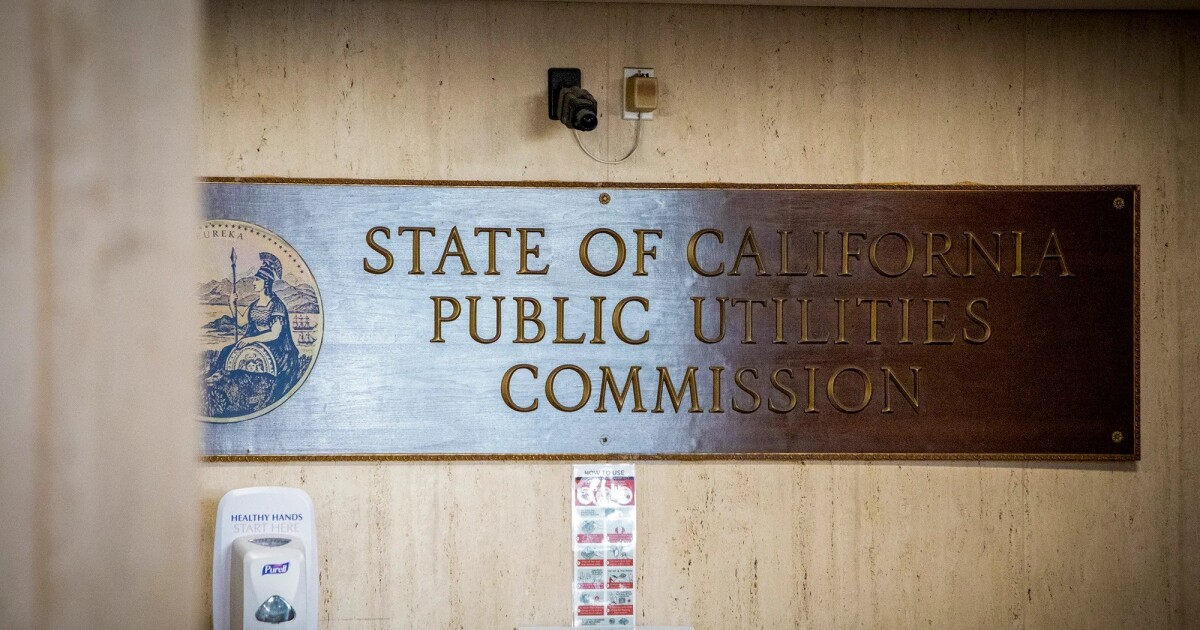 A day before the California Public Utilities Commission is to vote on a rule that would have cut subsidies low-income residents use for phone and Internet services, officials removed the item from the commission’s agenda.

Under the proposed rule, low-income California households who are eligible for federal assistance to pay for phone service and Internet access would have lost some or all of their California LifeLine monthly rebates. The result: Instead of being able to stack three rebates, most California LifeLine users would have been limited to two, for a total of up to $39.25 in rebates per month.

The commission was due to discuss and vote on the proposal at its Thursday meeting, but officials removed it from the agenda without a written explanation. A commission spokesperson did not respond to requests for comment.

The withdrawal comes after months of growing objections and pressure from state lawmakers, LifeLine provider companies and ordinary Californians who submitted 38 public comments to the commission.

The California LifeLine program offers discounts to low-income households for phone and Internet services. It is similar to and sometimes used with the federal Lifeline program.

In August, Assemblywoman Sharon Quirk-Silva, a Democrat from Buena Park, and eight other lawmakers sent a letter to the committee urging it to change the proposal.

“This proposed ruling would make broadband services essential for potentially millions of low-income Californians harder to afford at a time when they are battling the adverse effects of the pandemic and record inflation,” Quirk wrote. -Silva.

The bipartisan group of Assembly members also expressed concern in the letter about the commission’s analysis of its new rule, which claims that 6 gigabytes of wireless data is enough for low-income Californians.

In contrast, the average smartphone user in the United States used 11 GB or more each month in 2020, according to Ericsson, a Swedish telecommunications company.

Likewise, more than 8,000 Californians have signed an online petition urging the commission to allow residents unlimited wireless connectivity with all three state and federal discounts.

Until March of this year, low-income families could get up to $75 a month in rebates through a combination of three grants. They could “stack” two federal grants and a California LifeLine grant to pay for phone and Internet.

In May 2021, the federal government created the Emergency Broadband Benefit, a $50 per month grant to help families struggling to stay connected during the pandemic. The government phased out the program late last year and replaced it with the Affordable Connectivity Plan, a slightly slimmer discount of $30 a month.

“This proposed decision would make broadband services essential for … low-income Californians harder to afford at a time when they are battling the adverse effects of the pandemic and record high inflation.”

At the same time, California’s LifeLine program offered a rebate of $16.23 per month to low-income households.

The proposed rule would have permanently reduced the amount of California LifeLine grants to $9.25 for a family who also receives federal support, giving them a maximum of $39.25 per month.

But now that the plan has been withdrawn, the commission has a number of options to move forward, proponents of the rule said. He can make revisions to the proposal, propose a new one, or not vote on a proposal at all.

Under current rules set by the commission, LifeLine plans must offer unlimited calls and texts as well as 6 gigabytes of data per month.

Is it a victory?

Ashley Salas, a lawyer for consumer advocacy group The Utility Reform Network, is unsure why the commission withdrew its decision.

“I wouldn’t put too much emphasis on it,” Salas said. “No provider currently offers both (Affordable Connectivity Plan) and discounts on LifeLine services in California. It’s not moving at the moment. »

LifeLine providers, however, see the withdrawal as a step in the right direction to expand how low-income consumers can use their phone and internet discounts. In addition, more generous and flexible subsidies would increase net corporate profits.

Reyes says it’s a sign the commission is listening to the needs of low-income consumers, but the commission has yet to clarify how providers can use the Affordable Connectivity Plan benefit and what it will mean for consumers. consumers.

“I can’t count how many times things wilt on the vine on commission,” he said. “Proceedings like this can go on for years without a resolution.”

The commission will then meet on 20 October.