Buncombe’s population could grow by almost 70,000 by 2045, data from the County Comprehensive Plan shows 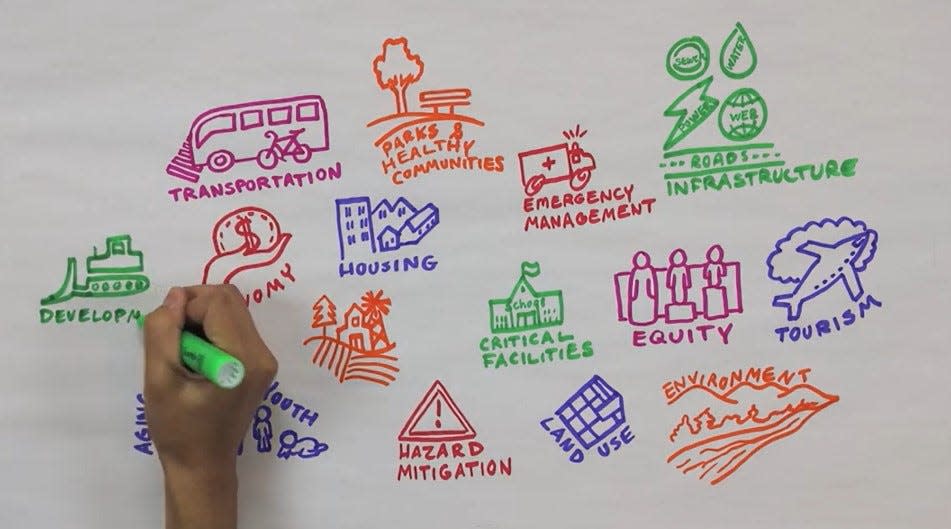 Buncombe’s 2043 Comprehensive Plan’s first public engagement meetings revealed a lot about where the county is headed in the next 20 years and what has happened in the past 10, including projected growth nearly 70,000, or more than 25%, and the recent addition of more than 4,500 single-family homes.

The overall plan – often referred to as a “compensation plan” – will ultimately be a “document created by local governments and residents to determine what the direction and vision for the community should be over a long-term 20-year period” , according to the county’s project website.

This is the first time the county has completed a comprehensive plan in its 230-year history.

To create this document, the city is trying to involve as many residents as possible in the coming months. Many in-person meetings have recently been canceled due to COVID-19, but are continuing virtually.

In the second of those virtual meetings on January 25, Buncombe County employees revealed some of the data the county is using to shape its planning and policy future.

Long-term growth rates, according to compensation plan data, peaked between 1990 and 2000 at nearly 15%.

“I know there are a lot of people in this neighborhood who are worried about the county,” said Sovereign Oaks neighborhood resident Artie Miller, who attended the Jan. 25 meeting.

Miller is also a member of his community’s homeowners association and said he plans to report.

Welcome to Asheville: Highest cost of living in North Carolina, but with low wages

When asked what stood out to him about the presentation, Miller replied, “The growth over the past 10 years.”

Miller moved to the area three years ago. He said the climate and closeness to his family brought him there, noting he hopes leaders will continue to create policies that emphasize the effects of climate change and natural sustainability.

But he also expressed concerns about something the compensation plan will likely address in detail: transportation.

“We’re all having trouble crossing (Interstate 26) and the Spaghetti Junction north of town. I think we have to be incredibly smart about improving transportation here. It has to be improved,” Miller said.

Interstate highways and many more are the responsibility of the North Carolina Department of Transportation and some are serviced by the city of Asheville. The department does not maintain any roads.

But in a recent interview, Buncombe’s planning director Nathan Pennington said part of the compensation plan involves looking at many of Buncombe’s systems, like roads, independently and in relation to others.

“The way you have to think about it is, how do these systems all start to come together?” Pennington said, discussing the overall goals of the compensation plan.

Leaders including Pennington and many more this year will work to use research and feedback from community members like Miller to shape both county policies and ordinances on everything from transportation to climate. .

Although it has the resources to start moving forward in earnest – the program is already well underway, about to exit the first of its four phases – it has been stalled more than once by the COVID-19 pandemic. .

There were scheduled to be face-to-face meetings at community centers across the county in January and February. These have either gone virtual or been postponed.

But the county is still trying to drum up interest in the compensation plan process, hoping community members like Miller will come forward and get involved.

“Although I’ve only been here three years, I plan to be here another 30 or 40 until I get toe tagged,” Miller said. “This is my home now, and because this is my home, I want to know what’s going on and if I can have a voice in this, I want to have that voice. I really think we all have a responsibility citizen to be involved.”

Residents interested in participating in the 2043 compensation plan discussion can learn more at buncombecounty.org/comprehensive-plan-2043.

Andrew Jones is a Buncombe County government and health care reporter for the Asheville Citizen Times, part of the USA TODAY Network. Follow or contact him at @arjonesreports on Facebook and Twitter. Email him at [email protected]