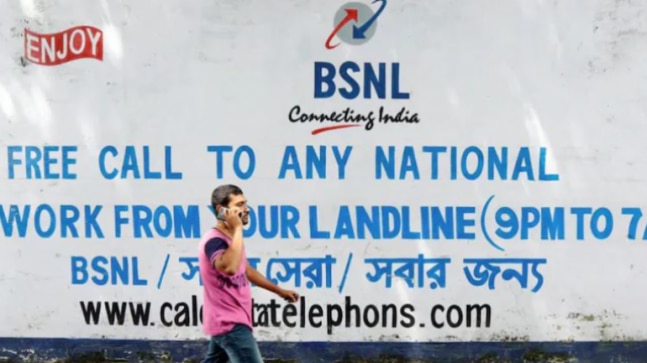 The BSNL plan, priced at Rs 87, comes with just a host of benefits including 1GB daily data benefits, unlimited calls and other perks.

Bharat Sanchar Nigam Limited, the government-owned telecommunications service provider, has announced a new plan. The package priced at Rs 87 only comes with a host of benefits including 1GB daily data benefits, unlimited calls and other perks. The plan, however, has a validity of only 14 days. Along with the data and calling benefits, subscribers will also receive 100 text messages per day. The plan comes with a gaming service that is owned by Paytm’s parent company.

The new prepaid plan has been listed on the official website of BSNL. The package priced at Rs 87, offers 1GB high-speed data, unlimited calls and 100 SMS per day. Unlimited calling includes local calls, roaming and more. Apart from the usual perks, the Rs 87 prepaid package comes with One97 Communications’ Hardy Mobile Games service. Users can access various games including sports, casual and arcade.

According to Gadgets 360, the BSNL prepaid plan is available on a pan-Indian basis. It is one of the cheapest plans offered by BSNL.

Earlier, BSNL added some annual and monthly plans to its list with lots of benefits. The telecom operator had announced a prepaid plan of Rs 797 which comes with a validity of 395 days. For an annual plan, the 797 is pretty cheap. The prepaid plan offers once you complete 60 days, the data speed is reduced to 80 Kbps. As mentioned earlier, the data and calling benefits offered under the plan expire after 60 days, but the SIM card remains active. BSNL data voucher is already listed on Airtel website as well as Airtel Thanks app. 2 GB of daily data, unlimited voice calls and 100 texts/day for the first 60 days.

BSNL also announced that it will roll out 4G services in India by the end of this year. As for the number of subscriptions, BSNL has 11.43 crore wireless subscribers in the country with over 11.75 lakh added in December.