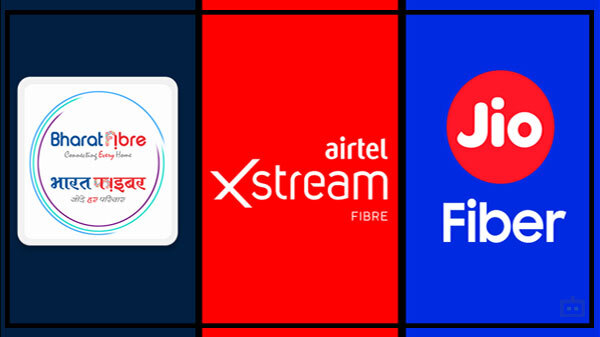 Since the outbreak of the pandemic, there has been an increase in OTT consumption by users across the globe and India is not being left behind. Eventually, people’s internet consumption also increased dramatically. If you watch a lot of OTT content and want to make sure you have a broadband package that offers good speed, there are plenty of options to choose from.

Almost all major broadband service providers in India including BSNL, Airtel and Reliance Jio offer broadband packages with good speed. These plans are available at all price points to meet the needs of consumers with varying needs. Here we have listed some of these plans for you.

Airtel offers a broadband plan offering unlimited data at 300 Mbps for entertainment users. Called the “Professional” plan, it bundles together Airtel Xstream Fiber, an Amazon Prime Video subscription, Shaw Academy, and Wynk Music. Also, it offers the Airtel Thanks benefits. This broadband broadband plan from Airtel is priced at Rs. 1,499 per month. Data FUP is 3.5TB and excludes GST charges. In particular, there are slight variations depending on the city.

BSNL, the government-owned ISP, is also a major service provider in this segment. It offers a 300 Mbps broadband plan called Fiber Ultra. It is priced at Rs. 1,499 per month similar to the Airtel plan we saw above. With BSNL 300Mbps broadband plan, users will get 4TB data at high speed and it will drop to 4Mbps later. In addition, this package offers unlimited voice, local and STD calls and includes other benefits such as the Disney + Hotstar Premium package. There is a special benefit, which offers up to Rs. 500 discount on the first month of rental.

JioFiber, Reliance Jio’s broadband service comes with a 300 Mbps plan with many benefits. This plan is also priced at Rs. 1,499 like the others for a month. It offers perks including FUP data with 3.3TB limit at 300Mbps data speed, unlimited voice calls and the same upload and download speed. Jio offers a host of OTT subscription benefits such as Amazon Prime Video, Netflix, Hotstar and many more.