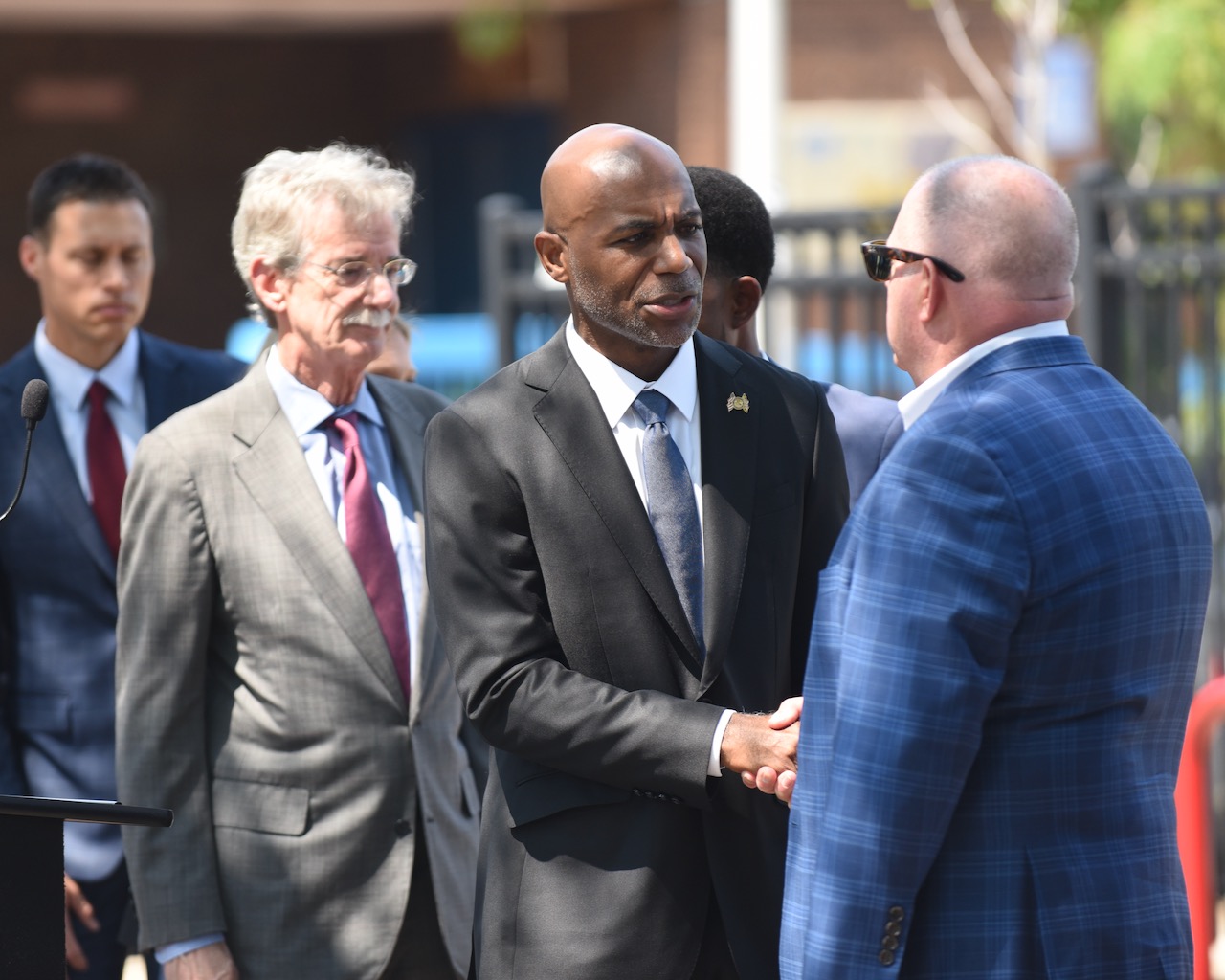 Maryland U.S. Attorney Erek Barron on Wednesday announced what he called a series of “exceptional actions” his office will take to quell violence in the city of Baltimore, including screening those suspected of violent crimes for white-collar offenses and using a little-used federal government. law to prosecute crimes committed with firearms near schools.

“The violence has been at an extraordinary rate for far too long. And exceptional times call for exceptional actions,” said Barron, a former member of the Maryland House of Delegates who is completing his first year as federal state attorney.

Barron said his office’s new strategy is based on three main components:

“This model of Al Capone prosecutions is designed to get violent people off the streets by any proper legal means necessary,” Barron said.

Capone, the infamous Prohibition-era violent crime boss, was eventually sentenced to prison after being convicted of tax evasion.

Barron said his office believes there is significant overlap in those suspected of violent crimes and fraudulent schemes.

“Too often we stare at our targets of violent crime in a vacuum. We’re not going to do that anymore. If we suspect you of committing violent crimes in our communities, you will be screened for any wrongdoing that meets our office’s priorities,” Barron said.

This includes unemployment insurance fraud and the misuse of pandemic-related federal funding programs, including the CARES Act and the Paycheck Protection Program.

“You might not believe this, but what we’ve discovered is that more than half of our targets are involved in such frauds,” Barron said. “…We no longer look at violent crime in a vacuum; You will be checked for any wrongdoing and prosecuted if we suspect you of a violent crime, particularly if you are a repeat violent offender.

“Just as my family and I await my daughter’s safe return to school, so do the families of students in this community and all communities in Maryland,” Barron said. “…Schoolyards should be safe, sacred, and free from fear.”

The federal law that his office will voraciously pursue provides for a penalty of up to five years in prison for knowingly possessing or using a firearm in a school zone.

On Wednesday, Barron said “by multiple multiples, state funding for our office is far greater than it has ever been.”

Hogan thanked Barron for being a partner and congratulated him on the “incredible new initiative.”

“For eight years, our administration has fought to give law enforcement, prosecutors and judges the tools they need to fight violent crime and hold violent criminals accountable. And a critical part of that has been active collaboration and coordination with all levels of government,” Hogan said.

Despite coordinated efforts announced Wednesday, there have been 233 homicides in the city so far this year – and police were responding to a ‘multi-victim shooting scene’ in northwest Baltimore as officials held their press conference.

Asked about the continued violence in light of past partnership efforts, Scott said people would start to see a difference.

“When you get the weight of our federal partners, our state partners, and our local partners working together in a way that they haven’t had before…you’ll start to see that people see things differently,” said Scott. “…If you know anything about the street, people fear the weight of the federal government and federal law enforcement.”