Are fireflies impacted by humans? 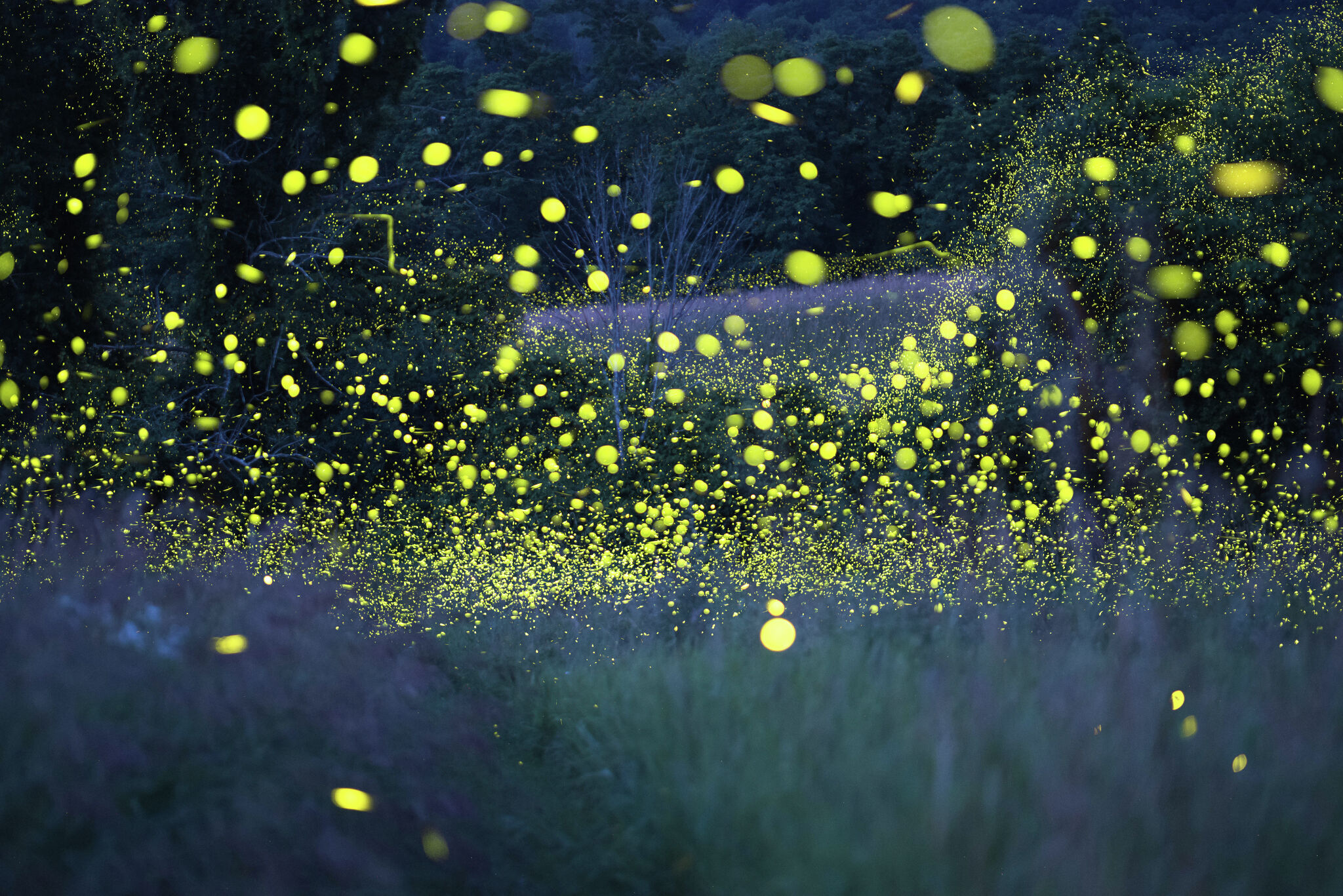 As the summer heat spreads in all directions, Juliana Chauca, who just finished her second year at Ossining High School, spends a lot of time doing her homework. But for Chauca, it doesn’t feel like work. She’s too committed. Sometimes she even gets lost.

Chauca is the researcher behind the Hudson Valley Firefly Project, which studies whether firefly populations are affected by human presence. Do things like using artificial light, mowing the lawn, and using pesticides make fireflies rarer? To find out, Chauca has embarked on a multi-year research project that relies on community science to gather data.

In the project, participants are asked to spend four nights over two months, two per month, in their yard observing the number of fireflies they see and taking note of the conditions of that yard. Has it been mowed recently? Is there visible artificial light? Chauca’s hypothesis is that the less the land is managed and the more remote it is, the more fireflies there will be.

Chauca is conducting the research as part of the Ossining Scientific Research Program, founded by science professor Angelo Piccirillo in 1998. It offers students the opportunity to earn college credit while carrying out extensive scientific research projects in their chosen subjects. Since the program’s inception, it has grown from three students to over a hundred.

Chauca was drawn to fireflies as a subject of her research because she has always been fascinated by the concept of bioluminescence. “I find it fascinating that living beings can create their own light,” she said.

Chauca found that while the bioluminescent properties of fireflies have been studied in various ways (how they can be used to locate tumors in cancer patients, for example), fireflies have not been studied much on their own. “It’s actually about us, not them,” Chauca said. She wanted to know more about the fireflies themselves. “There is a real lack of data overall.”

As part of the project, Chauca was tasked with finding a scientist working in the field to serve as a mentor. She ended up partnering with Kelly Ridenhour at the University of Georgia. In the process of finding Ridenhour, Chauca spoke to many scientists working in fields related to the research she wanted to do.

Chauca learned a lot about fireflies during his research. There are 2,000 species of fireflies in the world, 30 to 50 of which live in New York State. She also learned that fireflies use their light to communicate with each other and that some will send a predatory message to entice another species of firefly to approach.

“Each pattern (of blinking) is species-specific,” Chauca said, noting that it’s usually shown as a display put on by males hoping to mate. “If the females are interested, they react and backtrack, then they keep doing it, getting closer and closer until they find each other and reproduce.”

Even in the first data, she was surprised at the results. In her own yard, she sees about twenty fireflies at a time. Some of its participants see hundreds of them. When she begins analyzing the data next month, she will be looking for conditions that could link these experiments from a few dozen to a few hundred. What exists or has been introduced into the environments where these fireflies are found that could impact the numbers?

This summer is Chauca’s first year of research. Next year, she will lead a similar community-based data collection initiative. The following year, she will quantify this data and write a 20-page article, which she will use to enter into consideration for the Search for scientific talenta great scientific competition sponsored by Regeneron.

Holmes notes that the competition application process is no small feat – it involves a formal research paper and the application, including the paper, is between 50 and 120 pages. She says research is real and valuable work.

“The work they do is real,” Holmes said. “The work that Juliana collects is real data that she could potentially publish and other scientists could benefit from the work that she does. It’s so rewarding. I think classifying children as passive learners, just memorizing vocabulary – that’s not what education should be. We’ve changed things here, and Juliana is a scientist, by all means. She plays the role of a scientist.

Chauca isn’t sure if she’ll eventually pursue a career in science, but if she does, she thinks she’ll pursue biology or something with animals. But she is already aware of the positive impact of her research on her growth. She got more used to interacting with the public and even gave a public speech about her research, which she was afraid to do.

Holmes was encouraged to see Chauca grow throughout the research process. “Kids can accomplish anything,” Holmes said. “You just have to give them the right support.

Those wishing to follow Chauca’s research can do so on Twitter by following @hvfireflies. Additionally, Chauca says that although the main research months were June and July, it’s not too late to get involved as a participant. fill it in entry form to know more.