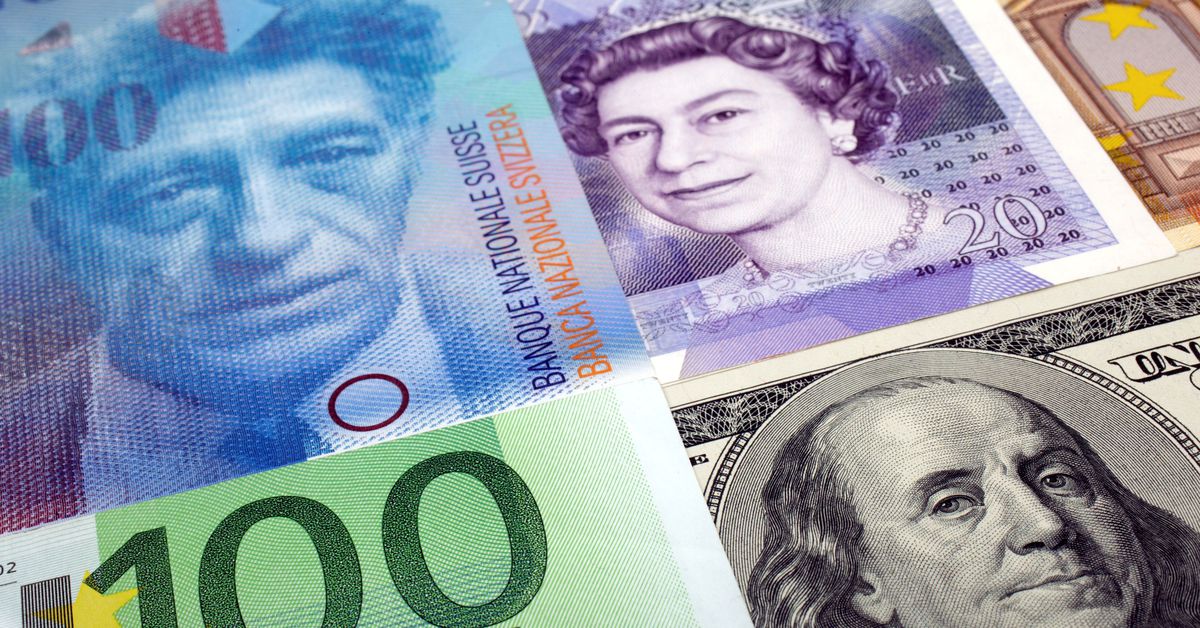 NEW YORK, Oct 11 (Reuters) – Government bond prices around the world are moving in parallel, reducing investors’ ability to diversify their portfolios and raising fears of being blinded by market swings.

Correlations between currency-adjusted government debt yields of countries including the United States, Japan, the United Kingdom and Germany are at their highest level in at least seven years, according to data from MSCI, as central banks around the world step up their fight against inflation.

Increasingly, that means investors holding one country’s debt can see their portfolios slammed by market activity on the other side of the world. A recent example came late last month, when US yields jumped along with those on UK government debt after the UK’s tax cut plan rattled markets, then fell sharply once the Bank of England bought long term UK bonds to restore financial stability and the government backtracked. his projects.

“Central banks around the world are fighting a common enemy and using much of the same tools. As a result, we’re seeing dramatically high correlations across bond markets,” said Andy Sparks, head of portfolio management research at MSCI.

“This greater interdependence between markets is likely to create significant ripple effects, as pain from one market has quickly transferred to other markets this year,” he said.

The hasty measures are another attack on the government debt market, often seen as one of the safest investments.

US Treasuries and other sovereign debt have fallen alongside stock markets this year as central banks around the world raise interest rates to tame inflation, pushing up yields on government bonds, which are moving contrary to prices. Episodes of low liquidity in the Treasury market have exacerbated wild price swings, keeping some investors on the sidelines.

Sovereign bonds trading in tandem are also hampering investors looking to spread their risk exposure globally, in a year when many diversification strategies, including the traditional 60% equity and 40% bonds, underperformed as stocks and bonds collide together.

“The high level of correlation between global bond markets means that the allocation to non-US bonds is all the less efficient,” said Gregory Peters, co-chief investment officer at PGIM Fixed Income.

Peters does not expect correlations to moderate until central bank monetary policies diverge significantly, and he has reduced his exposure to sovereign bonds outside the United States.

With most central banks marching in the same direction, speculation that a country might abandon its fight against inflation could raise hopes that other policymakers will eventually follow suit, causing swings in debt. sovereign all over the world.

Yields on the 10-year US Treasury, for example, fell sharply last week after Australia’s central bank announced a lower-than-expected rate hike, with some investors using the move to support the idea that the Fed will eventually follow suit. US bonds fell and stocks fell later in the week as a parade of Fed speakers hammered home the US central bank’s resolute focus on inflation amid strong jobs data strengthened the case for greater ferocity.

“We’ve always talked about the United States exporting its monetary policy, and what we’re starting to see is that other countries are able, on a more global basis, to export their policies,” Bill Campbell said. , portfolio manager for DoubleLine Global. Bond strategy fund. “It’s something that brings these global issues onto US investors’ radars as they become prime market drivers.”

Nonetheless, some investors believe monetary policy divergences may soon emerge, driven in part by smaller economies that may have less tolerance than the United States for monetary tightening.

Martin Harvey, portfolio manager of the Hartford World Bond Fund, expects monetary policy regimes to begin to diverge next year. He is looking for opportunities in markets such as Australia, New Zealand, Norway and Sweden.

“We see the potential for interest rates to be capped in these countries and the potential for them to reverse quickly if the negative impact of rising rates is felt strongly heading into next year.” , did he declare.