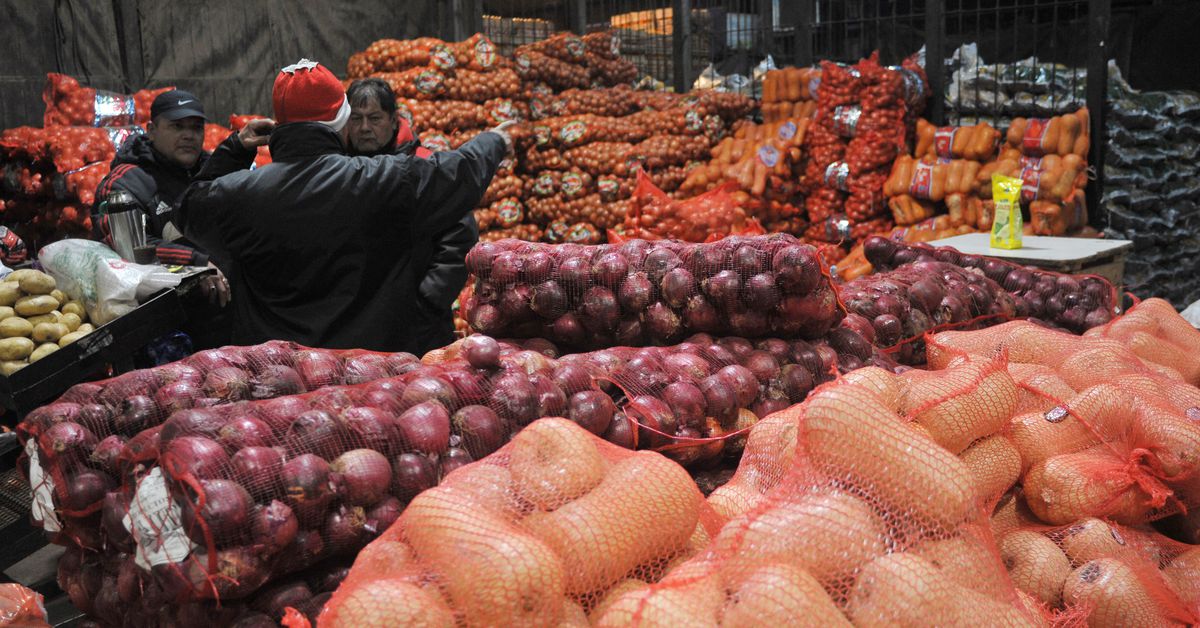 In April, Modi said publicly that the world’s most populous democracy was ready to fill some of the void left by Ukraine in world grain markets by increasing its wheat exports, after five consecutive record harvests. India traditionally exports only a modest amount of wheat, saving most of its crop for domestic consumption.

On May 12, India’s Ministry of Commerce and Industry announced that it was preparing to send delegations to nine countries to export a record 10 million tonnes of wheat this fiscal year, a sharp increase from compared to the previous season.

But a barrage of alarming data changed all that.

First there was a downward revision to India’s wheat crop in early May as a sudden heat wave sent yields plummeting. Then, data from May 12 showed that inflation in the country of 1.4 billion hit a nearly eight-year high due to rising food and fuel prices, driven by the war in Ukraine. Read more

Alarmed by rising inflation, which helped topple the previous Congress party government in 2014, Modi’s office on May 13 asked the Commerce Ministry to immediately put a “brake on” wheat exports, according to a government official, who asked not to be identified due to the sensitivity of the issue. Read more

“These (inflation data) prompted the government to issue a midnight order” imposing a ban on wheat exports, a second source said.

News of the ban by India, which is the only major wheat exporter at this time of year, sent Chicago wheat futures up 6% after markets reopened on Monday.

Neither Modi’s office nor the Commerce Ministry responded to a request for comment.

India is one of at least 19 countries that have introduced food export restrictions since war in Ukraine drove up prices, hampering international trade flows of several agricultural products and sparking violent protests in some developing countries. Read more

From Delhi to Kuala Lumpur, from Buenos Aires to Belgrade, governments have imposed restrictions, at a time when the economic damage caused by the COVID-19 pandemic, combined with factors such as extreme weather conditions and bottlenecks strangulation of the supply chain, had already pushed hunger across the world to unprecedented levels.

The United Nations World Food Program (WFP) said in April that the number of people facing acute food insecurity – when their inability to consume adequate food puts their lives or livelihoods at risk – had already more than doubled. since 2019 to reach 276 million in the 81 countries in which it operates, before the start of the conflict in Ukraine.

The war – which has disrupted exports from Russia and Ukraine, two agricultural powers – is expected to boost that number by at least 33 million, mostly in sub-Saharan Africa, according to its forecast.

Under World Trade Organization rules, members can impose export bans or restrictions on foodstuffs or other products if they are temporary and necessary to address “critical shortages”.

Indian Commerce Minister Piyush Goyal told Reuters last month that he had been in contact with the WTO and the International Monetary Fund (IMF) to explain that India should prioritize its own food security. , stabilize domestic prices and protect against hoarding. Read more

Many economists say the global food crisis is already worse than the last one which peaked in 2008, which was caused by factors such as droughts, global population growth, increased meat consumption in major developing economies and the increased use of crops to produce biofuels. .

Shortages at this time sparked protests around the world, particularly in Africa where food accounts for a relatively high proportion of household budgets.

Simon Evenett, professor of international trade and economic development at the University of St. Gallen, said assurances given in 2008 by international organizations to national governments that there was enough food to go around the world had somewhat cut the veils of those who were pushing for the brakes on export.

“This time it’s harder to do because we have a supply problem here in Ukraine and Russia,” Evenett said, adding that the size of summer harvests at major food producers would help determine how things are changing in the second half of 2022.

Ukraine and Russia together accounted for 28% of global wheat exports, 15% of corn and 75% of sunflower oil in the 2020/21 season, according to data from the US Department of Agriculture.

World food prices have stabilized at high levels over the past two months as harvests approach. However, there are already worrying signs with drought in the United States expected to reduce the size of the winter wheat crop while in France wheat crops have been battered by hail, high winds and torrential rains this month. Read more

Dry weather in Argentina – the world’s sixth-largest wheat exporter – has stalled crop planting and weighed on production forecasts for the 2022/23 season.

Moreover, the mood in international forums such as the G20 is now less collaborative after years of populism and heightened tensions between major geopolitical players, Evenett said.

“This current situation is in many ways much more troubling than in 2008 and look at what risks have arisen to political stability then,” he said. “We will have a very tense six to nine months ahead of us.”

Some countries had already announced restrictions on their exports last year, given the global food shortage. But the dominoes really began to fall after Russia invaded Ukraine on February 24, as world grain and vegetable oil prices soared.

In March, Argentina raised taxes on its soybean oil and meal exports and imposed a lower cap than last year on new wheat exports.

India’s ban on wheat exports came after Indonesia, the world’s top palm oil producer, had already restricted exports of palm oil – an essential ingredient in cooking and baking – from April 28, citing the need to guarantee the country “abundant and affordable supplies”.

India is the world’s largest importer of palm oil and Indonesia is one of its main suppliers. Indonesia lifted its ban on May 20.

Malaysia on May 23 banned the export of chickens from the start of this month after a global feed shortage exacerbated by conflict in Ukraine disrupted poultry production and led to a sharp rise in prices for one of the cheapest sources of protein in the country.

The wave of export restrictions is already affecting nearly a fifth of calories traded globally, nearly double the impact of the last global food crisis in 2008, according to the International Food Policy Research Institute. (IFPRI), a Washington-based think tank that aims to reduce poverty in developing countries.

The European Union – which includes several of the world’s largest food importers by value – is urging its trading partners not to adopt protectionist policies.

“The European Union is maintaining its food exports, and everyone should be doing the same,” European Commission President Ursula von der Leyen said in a speech this month.

Even before the war in Ukraine, the Argentine government, struggling with domestic inflation now above 60%, took steps late last year to stem rising local food prices. It imposed caps on corn and wheat exports, adding to an earlier ban on beef shipments.

A source at Argentina’s agriculture ministry, who asked not to be identified as he was not authorized to speak to the media, said the government’s priority was to protect food needed for domestic consumption.

Export limits established at the end of 2021 helped protect millers and domestic consumers from soaring international prices following the conflict in Ukraine, the source said.

But Gustavo Idigoras, head of Argentina’s CIARA-CEC chamber of grain processors and exporters, said that despite export caps and additional taxes, the government had struggled to stem food price inflation in Argentina, which was already high before the Ukrainian conflict.

In the metropolitan area of ​​Buenos Aires, the price of bread has risen 69% in one year, meat by 64% and vegetables by 66%, forcing people to change their diet and seek cheaper offers.

Edith Elizabeth Plou, 39, a shopkeeper in Buenos Aires, had traveled miles from her home to the large central market in the Argentine capital to get cheaper prices for her groceries, which rose sharply last year .

“I work eight hours and the truth is that I often think about finding a second job to cover my expenses,” Plou said.