Analysis: As Biden begins his US tour, some Democratic candidates want to keep their distance 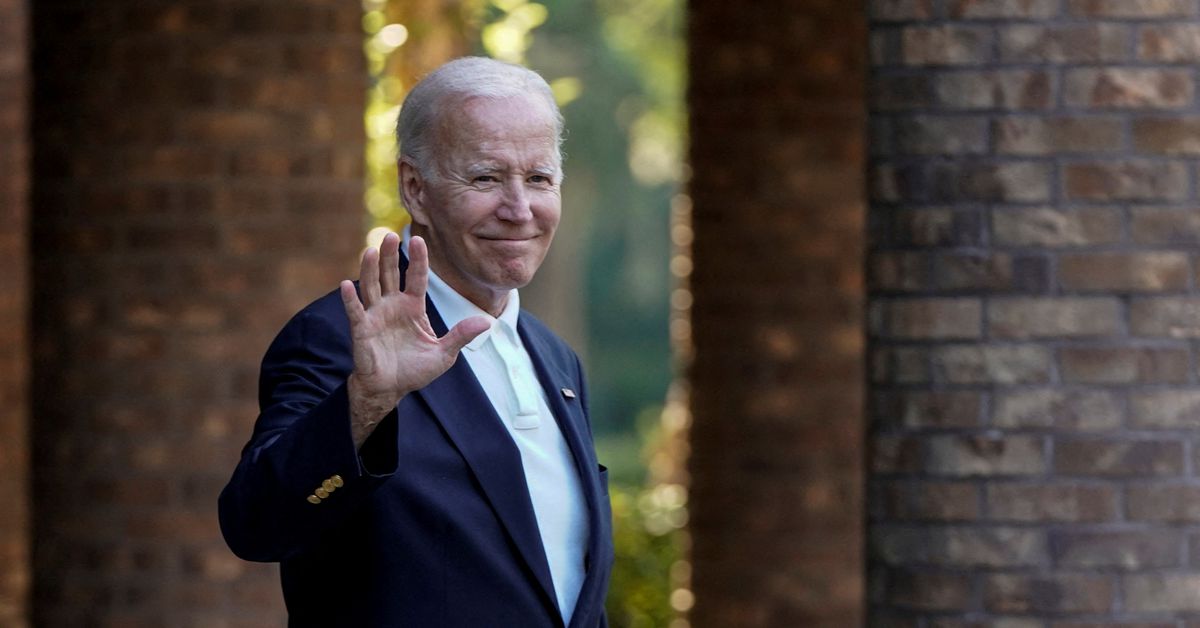 Aug 21 (Reuters) – U.S. President Joe Biden kicks off a coast-to-coast tour this week to tout the new climate and tax bill and encourage Democrats to run in November’s election . But when he arrives, some of those candidates may not be in sight, fearing that Biden will be too much of a liability.

Democrats hope the trip will boost the president’s low numbers in the polls and draw attention to his accomplishments. But some congressional candidates fear campaigning with Biden could hurt them in the Nov. 8 election, according to more than a dozen interviews with senior Democratic officials and local campaign officials in battleground states, including Pennsylvania and Arizona.

Biden, whose latest approval rating is 40%, polls lower than most, if not all, Democratic candidates in competitive races, often in the double digits, Democratic pollsters said. Read more

The trip, the latest effort to reset his presidency, will test the limits of Biden’s influence in a party that has shown flashes of disloyalty in recent weeks. Some Democratic members of Congress have questioned whether Biden, already the oldest US president at 79, should seek re-election in 2024. read more

As they consider campaigning with him, Democratic candidates will be watching closely whether Biden can stir public opinion during his tour. On the positive side, Biden can share good news on recent legislative victories on climate change, gun control and boosting domestic microchip production as well as a Kansas victory on abortion rights. Read more

“Of course, it’s been a good month, but the jury is out yet on whether it actually made a difference or if it’s just too late,” said a veteran Democrat.

Meanwhile, opposition Republicans have united in attacking Biden despite internal party divisions over former President Donald Trump and the January 6, 2021 fatal attack on the US Capitol. Right-wing media, elected officials and Trump have hammered home a message the White House has struggled to fight: Biden and his policies are responsible for record inflation, and he’s old, wavering and confused.

While Biden advocates note inflation is higher in some other countries and say it’s not diminished, some candidates fear they’ll face awkward questions at events about whether they support the re-election of the president. Their responses could serve as fodder for Republican rivals, sources said.

Democratic U.S. Senate candidate Tim Ryan is leading a populist campaign in Ohio against Trump-backed Republican JD Vance. The state moved hard on the Republicans in recent elections, but polls show the race is a toss-up.

In July, Ryan, who currently holds a seat in the U.S. House, cited scheduling conflicts for skipping a Biden economics speech in Cleveland and dodging questions about whether Biden should run. again. Ryan would only consider appearing with Biden in limited circumstances, a campaign effort official told Reuters.

The official, for example, noted that Biden is expected to return to Ohio in the coming weeks for the grand opening of an Intel factory that will eventually provide 3,000 jobs and get a big boost from the law. Recently adopted CHIPS, which helps the semiconductor industry.

“It’s something that Tim Ryan would probably attend with Biden. The message and the politics are aligned,” the official said.

Ryan’s campaign spokeswoman Izzi Levy said she could not comment on his plans related to his work in Congress. But regarding the political events with Biden, she said, “We have not asked him to campaign in Ohio and have no intention of doing so.”

The Nov. 8 election will determine whether Democrats retain their narrow House and Senate majorities, or whether Republicans take control. There are 43 House races and seven Senate races, according to a Reuters analysis of data from three nonpartisan research groups on the competitiveness of US elections. The White House thinks it can make gains in the Senate despite expected losses in the House. Read more

Biden will speak at a Democratic National Committee event in Maryland on Thursday, his first political rally in months. This will serve as the kick-off for his mid-term push. The top Democrats in Maryland are largely running against Trump-aligned opponents who face an uphill battle in a state where Democrats outnumber Republicans twice.

Democrats in competitive races across the country say they can’t wait to see Biden hit the road and fight off Republican attacks as they boast of a string of legislative accomplishments that include landmark bipartisan gun control bills fire and infrastructure as well as more partisan achievements on climate change and health care. Officials frequently use the adage that a rising tide lifts all boats.

“If Biden can boost his polling numbers, that helps all Democrats,” said a Democratic pollster involved in the Pennsylvania races.

In Pennsylvania, campaign officials say a visit by Biden is unnecessary — and potentially risky — because Democrats have early leads on Republican candidates seen as flawed. Republican gubernatorial candidate Doug Mastriano is a Trump-backed Holocaust denier who attended the January 6 rally in Washington while Senate candidate Dr Mehmet Oz struggles in early polls amid questions about his ties with the state.

“We hope the president will come to the state, but we don’t know to what extent the Democratic candidates will join him. At this point, it doesn’t make a lot of sense,” said a senior Democratic official involved in the race. to the governor.

Jennifer Holdsworth, a Democratic strategist, called the decision by some Democrats to distance themselves from Biden a “colossal mistake.”