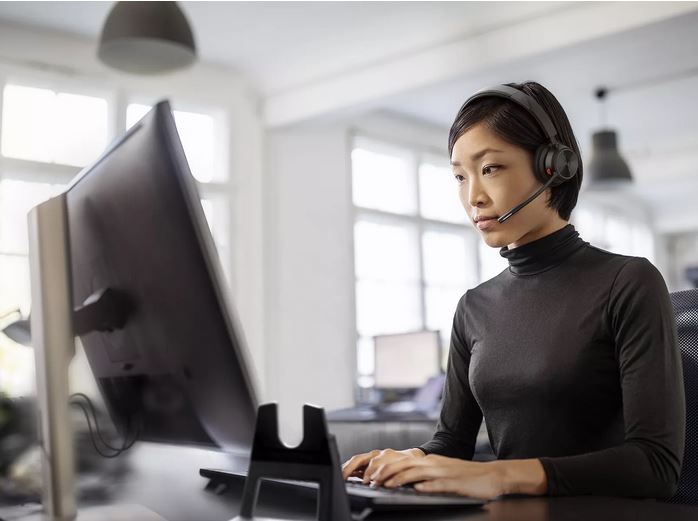 Tableau and Alteryx are two highly respected business intelligence (BI) and data analytics platforms. These applications are seeing growing demand as companies increasingly focus on data mining of their vast data troves – both in the cloud and on-premises.

Whether it comes from relational databases, enterprise applications, unstructured data, social media, or other sources, there is more data than ever that is subject to analysis. Additionally, data mining techniques are becoming increasingly sophisticated, increasing demands on platforms such as Tableau and Alteryx.

As two popular data analytics platforms, users are often forced to choose between Alteryx and Tableau. There are arguments for and against each. It’s hard to say you could go wrong with either data tool. But what best suits your organization’s data analytics needs?

Tableau is very focused on delivering analytics with artificial intelligence, data management, and collaboration. At the heart of Tableau is a proprietary technology called VizQL that makes interactive data visualization an integral part of understanding data. It differs greatly from traditional tools that require the user to analyze data in rows and columns, choose a subset of data, and then create a chart from that data. In contrast, VizQL skips these steps and immediately creates a visual representation, providing visual feedback as you analyze.

Tableau certainly excels at visualization, which hasn’t been a strength of Alteryx. Instead, Alteryx’s forte has been data cleansing, so it’s been more useful for analysts to ensure data and visualization accuracy. Why visualize or analyze inaccurate data?

Alteryx is designed to extract, transform, and load (ETL) data from a large number of data sources. It interacts with data through workflows throughout the ETL process. Process repeatability saves a lot of time on manual processes and data re-entry. Alteryx also works well on discovery and data management tools. But reports are limited. The platform generates reports, but these are only intended for direct users of Alteryx BI. Still, analytical models help load data into third-party visualization platforms.

Alteryx, meanwhile, has just bolstered its platform with the release of Alteryx Analytics Cloud, which extends its analytics capabilities to a much wider set of users across the enterprise. Users now only need a browser to access it. An automated modeling solution has also been added, which does not require data science experts to code machine learning models. Other new features include the ability to find anomalies and hidden insights in data, and provide focused summaries and explanations.

Tableau wins in terms of the depth of analysis and the type of functionality that data scientists, analysts, and power users seek. But Alteryx has closed the gap with the cloud analytics features it recently unveiled.

Tableau vs. Alteryx: Ease of Use Comparison

New users will likely find Alteryx easier to use than Tableau. Some complain that Tableau has a steep learning curve; users should be familiar with working with the R programming language, which is widely used in statistical programming and data analysis.

But Tableau has worked to become easier to use. Its AI-based analytics features lower the barrier of data science techniques. Tableau works great when Excel and statistical data are used as sources. For other formats, usability may suffer.

Alteryx never had a reputation for being difficult to use. But its new cloud version makes it even more accessible. Anyone with a browser can access the platform and setup can now be done in minutes. Its low-code/no-code capabilities also make it easier for any user to extract insights that help them solve their toughest business problems.

The Bottom Line: Alteryx wins on broad usage by non-technical audiences, while Tableau wins with more technical and advanced users.

Tableau tries to differentiate itself with what it describes as an intuitive analytics experience, with richer functionality based on its VizQL engine. It can connect to live data (perform database queries and return results in real time) or in-memory (ingest data from source systems into Tableau). This allows users to control performance, cost, and data freshness. Tableau also scores highly on live query capabilities and extracts, helping analysts query faster. Its use of the R language makes it the winner on statistical capabilities.

Alteryx was way behind in analytics capabilities until recently. Its new cloud version extends analytics beyond data scientists, IT and data analytics departments to corporate business areas. Any user can use their Designer Cloud to prepare, merge and generate data visually and without code via a browser, including on Mac.

Tableau wins on analytics capabilities, but if Alteryx’s recently unveiled analytics capabilities live up to the features promised in the company’s press releases, they will have narrowed the gap significantly. And because of the ease of use, many users may find Alteryx to be a better option.

Tableau vs. Alteryx: Cloud vs. On-Premises

Tableau and Alteryx both evolved from the on-premises world. And both platforms have worked to change that.

Tableau offers cloud-hosted solutions such as Tableau Online and Tableau CRM, but its strength is in on-premises deployments and that’s where much of its massive installed base resides. As such, it can be difficult to scale Tableau workloads in the cloud.

Alteryx just released its cloud-based platform, which probably puts it in the lead for now. Its Designer Cloud is interoperable with Alteryx’s Designer Desktop product and users can easily collaborate and share workflows between the two applications.

CRM and BI often go hand in hand. With Tableau now owned by Salesforce, it has excellent marketing and enterprise product capabilities and is integrated with Salesforce Einstein Analytics (known as Tableau CRM). An Einstein Discovery dashboard extension, for example, brings predictive modeling capabilities from Einstein to Tableau.

Alteryx does not attempt to offer CRM, although its ETL and analytics capabilities can easily process data imported from CRM systems. But it stops before CRM functionality. So, for those who want an integrated CRM, Tableau wins.

Tableau takes care of the integration with Salesforce. This creates a somewhat fragmented experience between Einstein Analytics and Tableau, but steady progress is being made to bring the two together. It probably won’t be long before these issues are resolved. As a result, Salesforce customers will be sold back to Tableau and vice versa.

Alteryx provides dozens of data connectors that make it easy to import and edit incoming data. Users can integrate Alteryx with other cloud applications, databases, and spreadsheets. Cloud storage connectors are available for platforms such as Amazon S3, Google Drive, Office 365, and Snowflake.

Alteryx is therefore largely free of integration headaches. Its cloud-based approach simplifies its deployment and use. Alteryx wins here.

Tableau has a reputation for being expensive. By some estimates, that equates to around $75 per month per user for decent analytics functionality. But those who only want to interact with some basic dashboards can get it much cheaper. That said, adding Tableau CRM for a list price of up to $150 per month per user means new features and Salesforce integration don’t come cheap.

Alteryx has a completely different pricing model, so it’s hard to compare them. It offers annual subscriptions. Alteryx Designer costs $5,195 per year. Additional features are chargeable. It looks like Tableau comes out on top for some offerings, but not all. This depends on the needs of each organization.

Tableau has a large, enthusiastic user base and a very loyal user community. Its profile in the market is high. Tableau’s popularity is also growing, in part due to the distribution of a free platform known as Tableau Public. This is where people can share and explore data visualizations online. It contains more than 3 million interactive visualizations. Yet its feature set earns the most praise in the data scientist, analyst, and power user markets. In these markets, it is likely to be preferred over Alteryx.

Alteryx has a reputation for being easier to use. While it was more of an ETL and data cleansing platform, it expanded its analytics capabilities to rival Tableau. Its new cloud platform will undoubtedly earn it orders from Tableau. For those who want decent scanning capabilities without requiring heavy lifting, Alteryx probably wins.

Note, however, that Gartner did not include Alteryx in its latest “Magic Quadrant (MQ) for Analytics and Business Intelligence Platforms”. Tableau has been rated Tableau as a leader. Gartner will wait to see what users say in its surveys to see if Alteryx’s new cloud capabilities are worth integrating into the MQ.