After years of missing targets, the Liberals table their climate plan this week 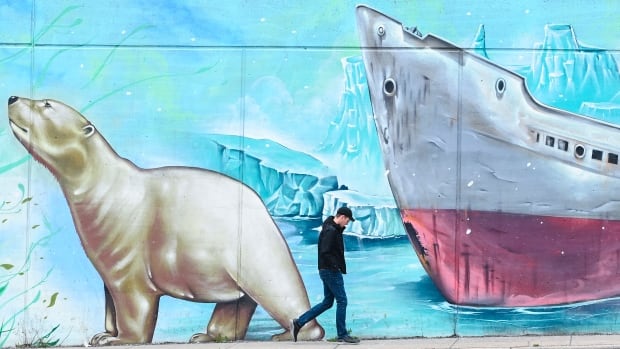 The Liberals will table their most detailed plan yet to meet Canada’s climate goals this week – after years of failed governments.

“Canada has never met any of its own climate targets,” said Caroline Brouillette, national policy manager at Climate Action Network Canada, a coalition of more than 130 groups.

“This plan is an opportunity to correct that.”

In June 2021, the Liberals passed Canada Net Zero Emissions Accountability Act (CNZEAA). It states, among other things, that the Canadian government must set steady incremental targets on the way to net zero by 2050.

The new law has built within a framework of checkpoints and assessments which include independent monitoring. But the government’s basic reporting measures include submitting emissions reduction plans and regular progress reports.

Canada has had nine climate plans since 1990 and has not met any of the targets in them. Federal Environment and Sustainable Development Commissioner Jerry V. DeMarco says Canada is the worst performer among G7 nations on climate targets since the landmark Paris Agreement was adopted in 2015.

“We can’t keep going from failure to failure. We need action and results, not just more goals and plans,” DeMarco said.

The government hopes this week’s plan will change that trajectory of failure.

A climate plan is a lot like a household budget, says lawyer Julia Croome of Ecojustice, an environmental law charity — if you don’t pay attention to the details, you won’t achieve your goals .

“You need a plan. You need to break it all down – what are my expenses, what do I need to accomplish. And without that, you’re obviously not going to stick to your budget,” Croome said.

Climate Action Network Canada said this week’s emissions plan should set timelines and show how much Canada’s climate commitments will cost, how progress will be measured, how data gaps will be filled and which ministers are responsible. .

What do the opposition parties want?

The Conservatives say they fear the plan will hurt the Canadian economy.

“We have really tough problems with inflation, petrol prices, other things. The last thing we need is for the net zero plan to result in a zero jobs plan,” said MP Kyle Seeback, Curator of Environment and Climate Change. critical.

Seeback said the Conservatives are concerned the government will exclude nuclear power and liquefied natural gas (LNG) from Canada’s emissions reduction plan, citing the Liberals’ decision to keep nuclear and LNG out of its scope . Green Bond Purchase Program. He said the party also did not want to see the price of carbon rise to the equivalent of 11 cents a liter of unleaded gasoline.

The Green Party of Canada said consultations on the plan, which began in December and ended in January, were rushed.

“It is always unreasonable for the government to offer consultation and act as if Hanukkah, Christmas and New Year were not a factor making it more difficult for citizens to respond,” said MP Elizabeth May, parliamentary leader of the Greens.

Environment Minister Steven Guilbeault said he was “surprised, even shocked” to hear that the Greens wanted more consultation.

“I would have thought of all the organizations out there, the Green Party would be one of the first to say, ‘Let’s continue with the implementation,'” he said.

The NDP, meanwhile, says it wants a transition plan to help workers in Canada’s energy sector prepare for an economy that is less reliant on fossil fuels.

“[We need to] consider how we protect workers and ensure we support the communities most affected and include Indigenous peoples in the creation of plans and implementation,” said MP Laurel Collins, NDP Critic. environment and climate change.

MP Charlie Angus, the NDP Critic for Natural Resources, called for an immediate cap on oil and gas emissions at 2019 levels.

“We have to tell the world that we are serious,” said.

Natural Resources Minister Jonathan Wilkinson said the cap on oil and gas emissions the government is working on will not be announced until after consultations in Ottawa have been completed. He said this week’s emissions plan will still focus on the sector that accounts for most of Canada’s emissions.

“The emissions reduction plan that Minister Guilbeault will present, and he and I have certainly worked actively and collaboratively on it, will have projections for every sector, including the oil and gas sector,” Wilkinson said.